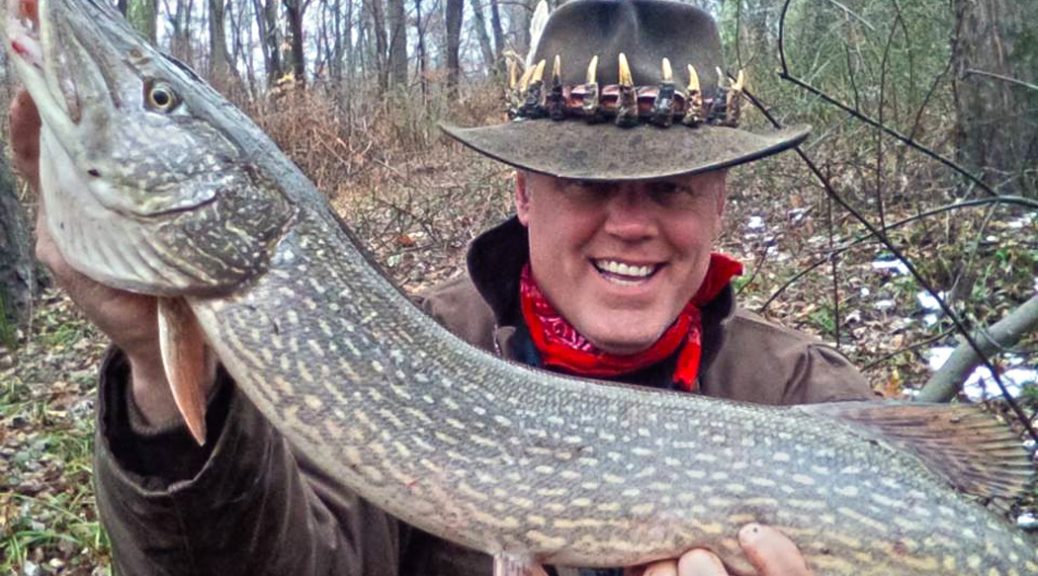 Usually on Christmas Eve, my buddy Curt and I have a go at some Ringnecks for a few hours before he drives up to New Hampshire to visit his Mom. However the forecast wasn`t sounding all that great that particular morning, so we never connected to chase those birds.
I got up that morning to a light snow/ice wintry mix……..Checked out the forecast, and it said early that afternoon we could see the sun peeking through and it might reach 40 degrees.
“Hmmmmmm…….40 degrees”…..I thought to myself, “Hell…….. that good `”Yak Weather” in my book!”
Now up to this point I had never taken the `Yak out past the end of November so this could be a tad challenging, I thought to myself, as I knew the river had some ice on it.
Arriving at a spot that I hadn`t fished in almost three years, I parked and walked down to the river to scope it out a bit. The ice on the edges stretched to about five to seven feet across the current, but I didn`t think the ice would be that thick. So launching shouldn`t be a problem. Well……. that`s what I thought anyway.
This was much, much thicker than I anticipated and I couldn`t break it with my boots. I hiked upstream to where I knew there was a small spring. The running water would allow me to get on the river so I should be able to launch there, I thought to myself. The little spring was trickling down the bank, flowing into the murky, cold Passaic as I expected. I went back and dragged my `Yak and gear through the bush to the spring. Finally breaking through the thin ice as I launched into the river.
I decided to start out with a ChatterBait to see if I could entice a toothy critter to strike in the frigid water.
And it didn`t take very long. It happened on about the sixth cast of the day. As I was working the lure in extremely slow, literally about two feet off of my `Yak, a rather fat Esox lethargically came after the Chatterbait!
The heavy-bodied Northern Pike swiped at the lure and I set the hook! A nice, heavy fish indeed! A very short fight being so close to the `Yak, I netted the cold-water Esox quickly. 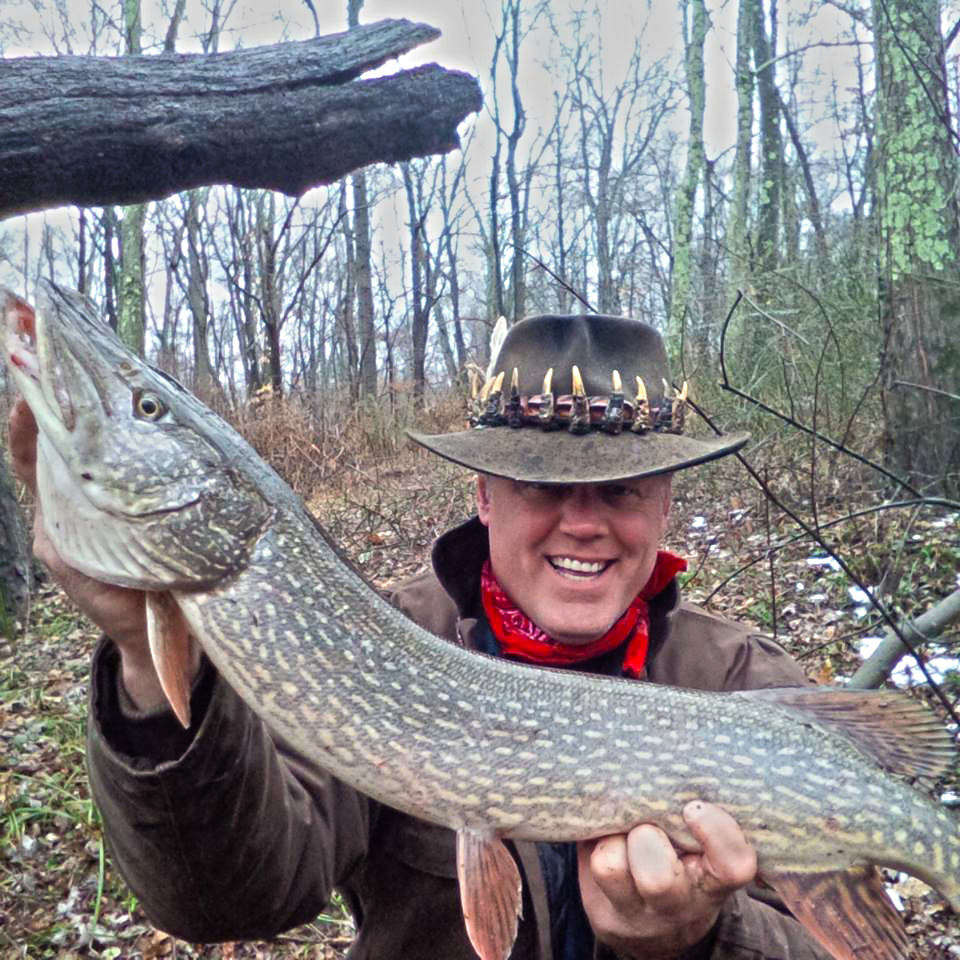 Using my plastic fish-grips, I quickly weighed the fat Pike, snapped a couple pictures and quickly released the 35 inch Pike back into the icy waters. 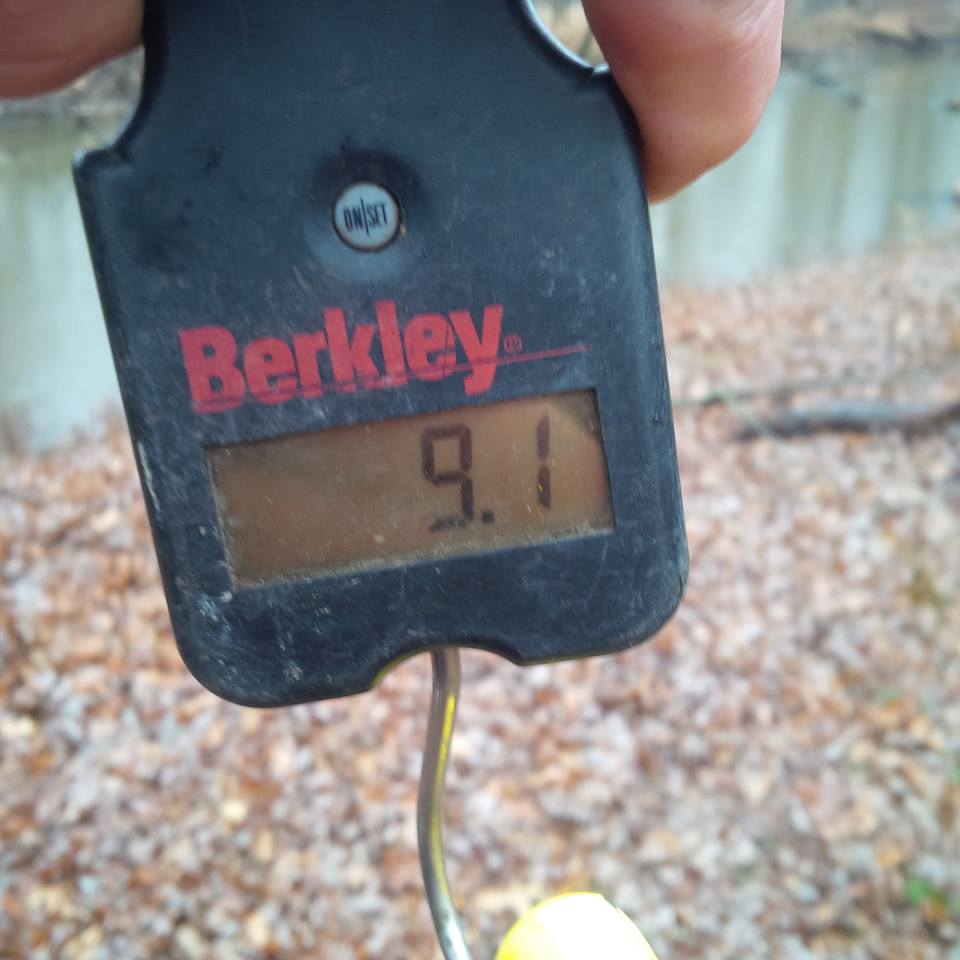 Working my way under a bridge about a mile downstream, I became a little uneasy as there was a good amount of ice to maneuver the `Yak around. As I began casting onto the ice and dropping it into the open water pockets under the bridge.
I saw a powerful shadow lurk from under the ice as the thick Esox swiped slowly at my lure! BAM! Pike on!
The water exploded as I set the hook! The powerful Pike dragged the `Yak around for about four minutes before I finally netted him.Damn…..another beauty! 33 inches 8.5lbs. 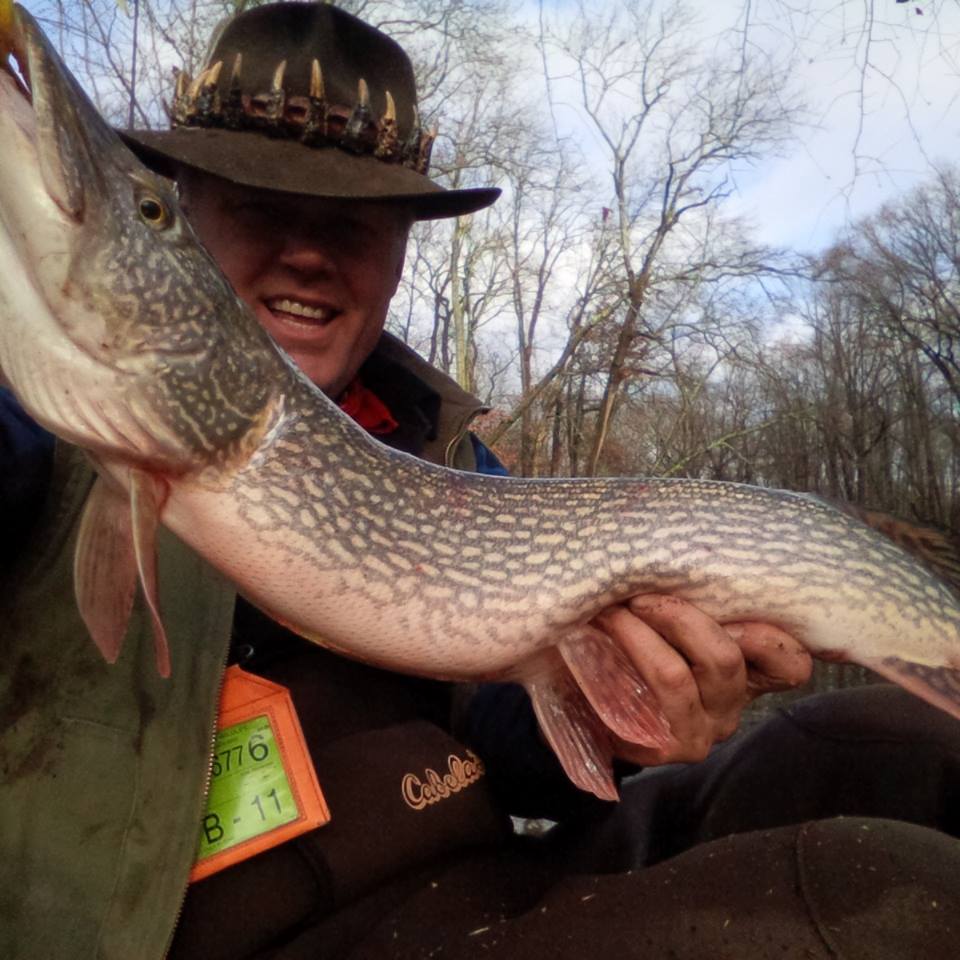 It certainly turned out to be quite the Christmas Eve Adventure on the icy Passaic that day.
Till next time….
See all of my Adventures here.