Springtime…….ahhhhhh……. yes. After a long,cold winter, the change of season is most definitely welcomed. The days are longer, the air is finally warmer and silence of the morning forest is beginning to burst alive with the gobbling of male turkeys. And if there`s one thing that I truly enjoy this time of year, it`s Springtime turkey hunting.
Turkey season in New Jersey runs for five consecutive weeks as follows; A,B,C,D(D runs for two weeks) and E is a permit to hunt on Saturdays during the season. Last week was the beginning of the season(“A” week) and I have to admit, I don`t recall the first week of Turkey Season ever being as cold as it was.Several mornings it hovered right around the thirty degree mark…… and that`s a tad chilly for this time of year. For that matter, I literally only heard two turkeys gobble on the roost, the entire week. In the previous years, I pretty much hear gobbling consistently each day throughout that first week.
The most excitement actually happened Thursday morning as I ventured into some new territory with the hopes of crossing paths with `ol Tom Turkey. It was a beautiful, chilly morning as I hiked into the darkness of the woods at 4:30am. Going by only the shimmering light of the April moon, I trekked down an old logging trail and eventually set up on a flat that had a slight crest of a hill to my right. Looked like a decent set-up from what I could make of it at that hour.
At about 7:15, I heard a gobble way off in the distance and even though it was pretty far off, that sound immediately got the `ol blood pumping. I began to lightly “cluck” on my box call in the crisp morning air. After about an hour, it was apparent that the lone gobbler had headed elsewhere. Eventually, I pulled out my slate pot call and began “cutting” and “purring” if hopes of a response. Then at about 9:15, as I looked down to begin striking my call, something literally forty feet to the right of the trees I was facing, got startled and jumped back behind the trees. I thought, “Well I`ll be damn, a red fox” I thought to myself, as I wasn`t 100% positive what I had actually seen.
In a matter of seconds, I was about to find out what had caught my eye……..As a Coyote darted up the hill!! It was the closest I had ever called in a Coyote, let alone with a turkey call. `Ol Wiley E Coyote caught me totally off guard as I never had the gun up figuring it was a fox. So that was my only real excitement that week(And I loved it!) – Onward to “B” week……..
Looking at the extended forecast, it looked like the weather was going to break open with a warm snap about the middle of the week, as I was banking on this for my morning hunt later in the week. Hopefully the warm streak would get the birds “talking” – The week before, I was sitting at the computer browsing turkey calls on eBay one night and found a rather interesting one. The Wingbone Turkey Call. Native Americans crafted these calls thousands of years ago to lure wild turkeys within range and the calls are actually made of three different bones from the turkey`s wing. So I ordered one and figured I`d give it go. 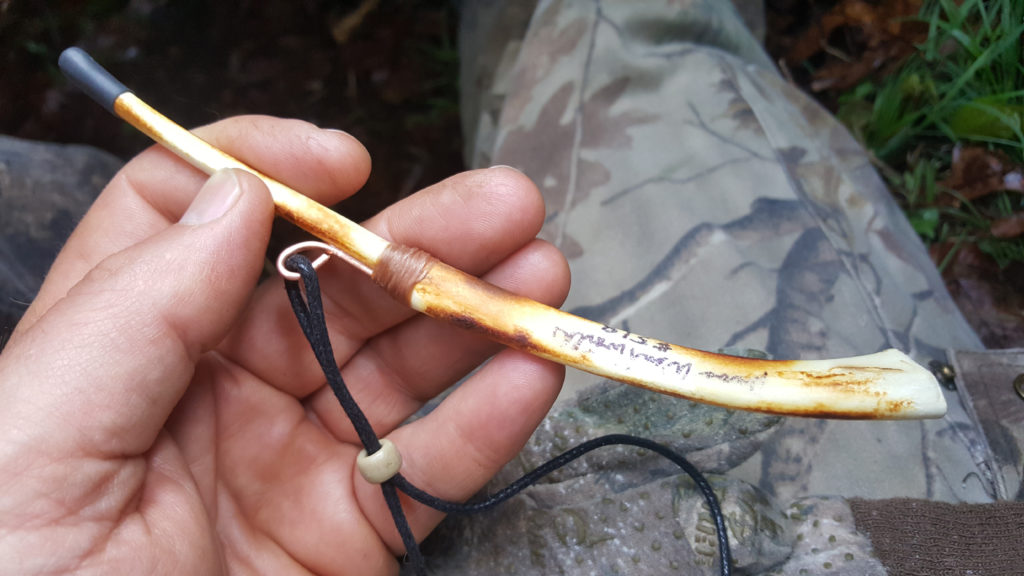 After watching several YouTube videos like the one below, I have to be honest, I didn`t sound as “perfect” as the guys in the clips, but I figured, “What the hell, not all turkeys probably sound perfect every time either so let`s have at it” –
Loaded up my truck that morning at 4:10am and off I went into the darkness of the early Springtime air. I planned on setting up my pop-up blind which I usually only use when it rains. Just wanted to try something a little different this time.
Daybreak came and I heard the first gobble of the morning off in the distance. At 6:30 I let out my first attempts of lightly yelping on the Wingbone. About an hour later, I did it again. Like I said gang, it sure didn`t sound perfect by any means. Another hour and a half goes by, no gobbling at all so I let out a few more yelps on the Wingbone……..Then it happened! Right over the crest a Gobbler answered back as he was heading up the ridge in my direction. `Ol Tom Turkey was close now…..really close. I gave one light yelp on the Wingbone and he answered back quicker! I slowly raised the Browning in his direction waiting for him to come over the ridge. As his blue head showed, I slowly squeezed the trigger……….. Gobble gobble….. BANG! Thunder-Chicken down. 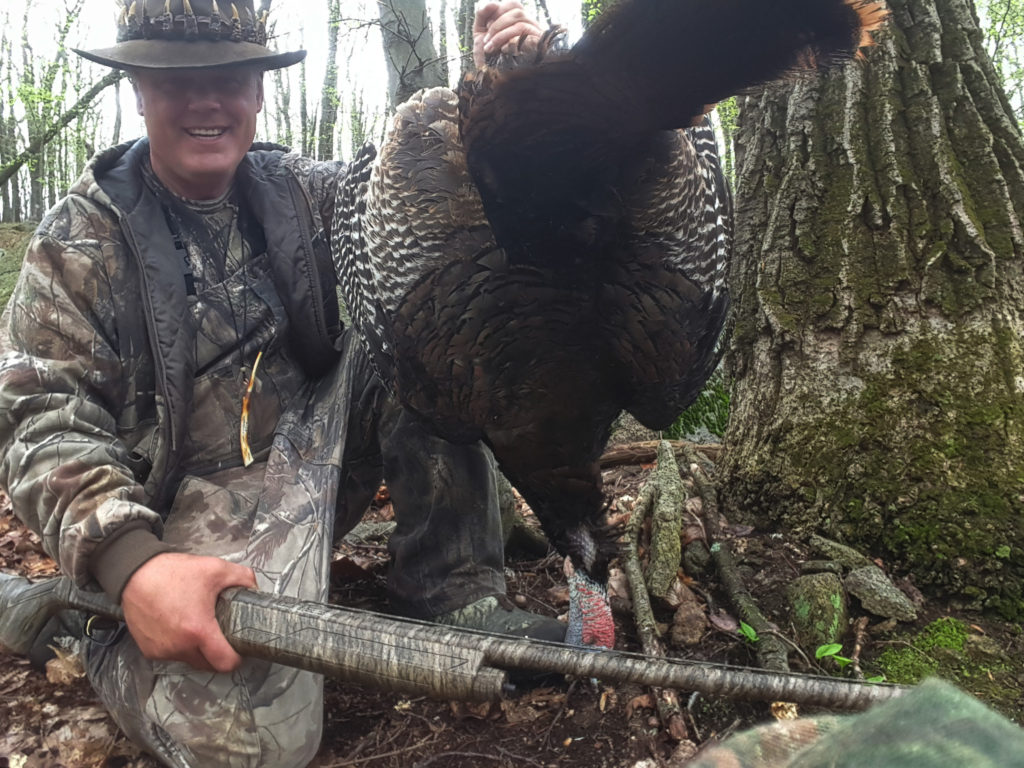 Hope you all enjoyed my Springtime Turkey Hunting Adventure.
`Till next time…..
See all of my Adventures
Here