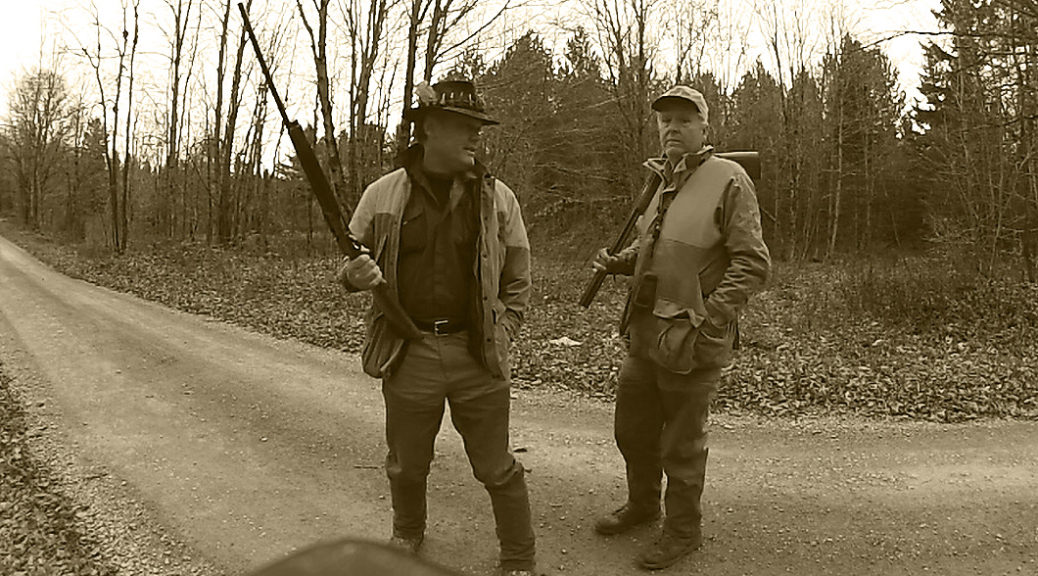 I`ve been going way up to Tug Hill New York Grouse hunting with my good friend Curt, for quite a few years now but haven`t been back since having the heart attack two years ago.Well my confidence has certainly grown since then, and I decided a few months ago that I wanted to have a go at those “Thunder-Chickens” again. So we set the date for a late October, for a three-day hunt back up in North Country. Even with a Nor`easter was in the forecast, we thought we would still be able to get in some quality hunting time. So we decided Thursday night to roll the dice and go for it.
I pulled into Curt`s driveway around 3am Friday morning and there was `ol Jake all fired up and raring to go. “It`s almost like he knows where we were going” I joked with Curt as I loaded my gear into his truck and in a matter of minutes we were on our way. The plan was to hunt Friday, Saturday and possibly a half day Sunday before we trekked back home.
Our destination, Tug Hill New York, was about a 4.5 hour ride. Heck call it 5 hours once we stop at Fat Nancy`s for a hunting license and grab a bite for breakfast at the Railside Restaurant. 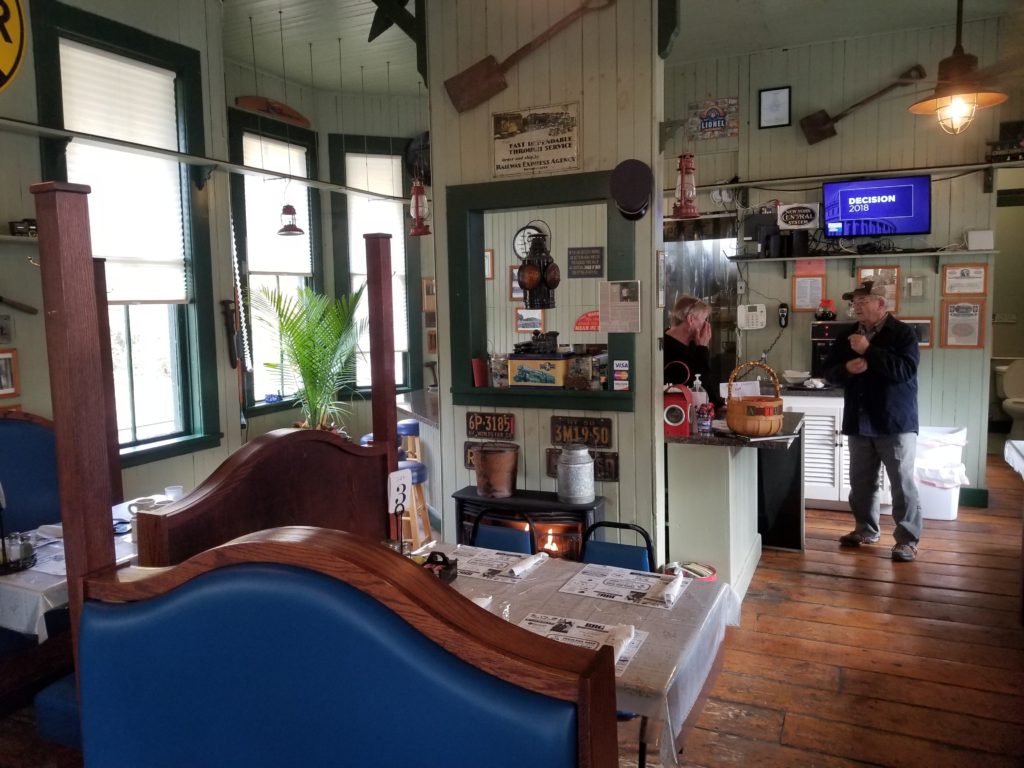 Interesting fact: Tug Hill`s location in relation to Lake Ontario often creates ideal conditions for lake-effect snow. The snowfall totals for the Tug Hill region average more than 200 inches and at times closer to 300 inches per winter.The snowfalls at Tug Hill have been described as being “the most intense storms in the world” in terms of the amount of snow falling during a short period of time. *source Wikipedia
After eating some good grub, we headed out to our first spot. The cool, crisp morning Autumn air was perfect as we trampled through some nice cover with Jake. 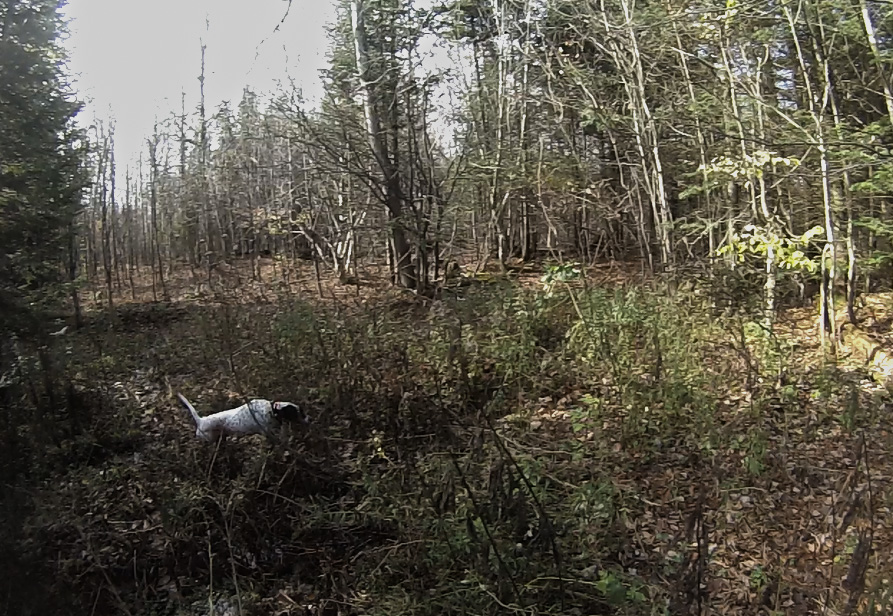 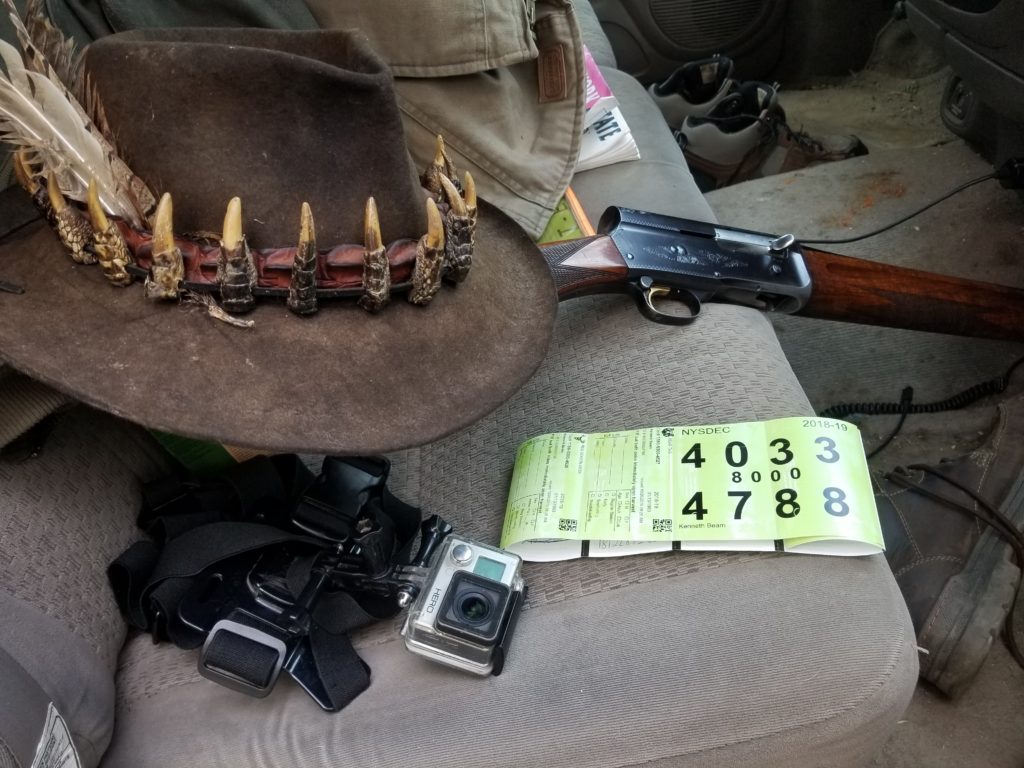 Wasn`t long before Curt`s Beretta 20-gauge Silver Pigeon cracked the morning air as the “Thunder-Chicken” flew to live another day……Which is quite typical with this type of very challenging type of bird hunting. For those of you that do not know, Grouse are incredibly speedy. Regarded as the “king” of game birds, they can fly up to 70 miles per hour, will often fly low and have the habit of changing direction in a matter of seconds. The supreme shooting challenge indeed!
We hunted until about 12:30 then broke for lunch. My girlfriend Sharon graciously packed lunches for all of us….. yep……even for Jake! While we ate, Curt mentioned that “there just aren`t as many birds up here compared to years ago” and I thought the same thing. He explained his thoughts for this, “Grouse prefer a “younger” type of woods filled with young saplings for cover, not mature, tall, full-grown woods. And the areas that we`ve been hunting, haven`t been logged in quite awhile, so I believe it`simply to grown up” –
After lunch, we drove into a “newer” spot that he had discovered. As we walked into the Alders, Curt`s remote beep…… The remote dog collar told Curt that Jake went on point about 80 yards away. As we worked our way, Curt veered to the left to get below Jake and I hustled up on a small hill crest to get in hopefully a good shooting position. Curt walked in as Jake held the point like a champ. In a matter of seconds, the thunder of Grouse wings erupted as the Thunder-Chicken shot out like a rocket! I quickly shouldered my 1959 20-gauge Browning A5……………And……… without any further ado, here`s a quick little Go PRO clip for your viewing pleasure;
We called it a day around 4pm and headed to the hotel. On our way there, I am always fascinated by the sort of rather eerie looking Wind Turbines up on Tug Hill 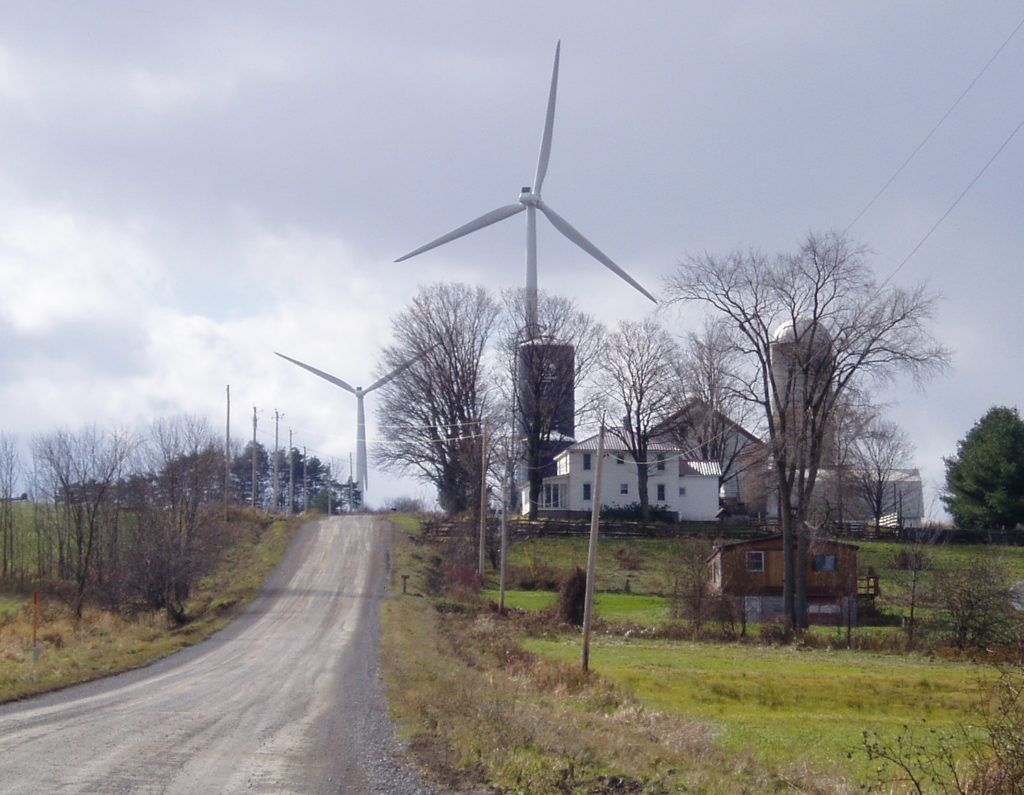 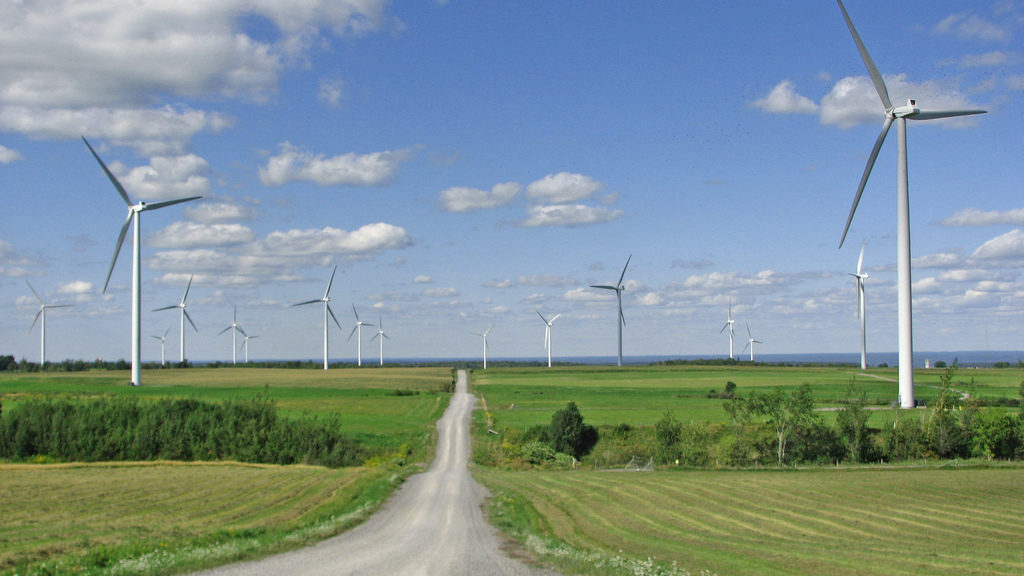 Needless to say, the weather took a quicker turn for the worse than we had expected. After hunting Saturday morning for a few hours, and with the Winter Weather Advisory that came across my phone, we decided to call it off early and head back to Jersey. 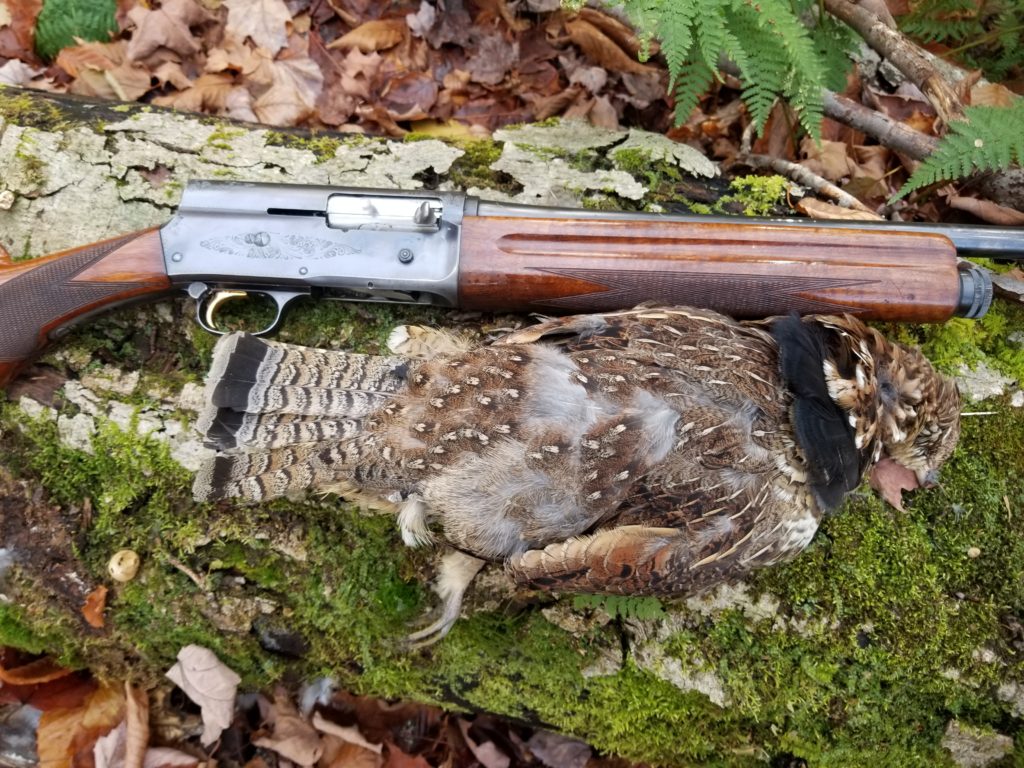 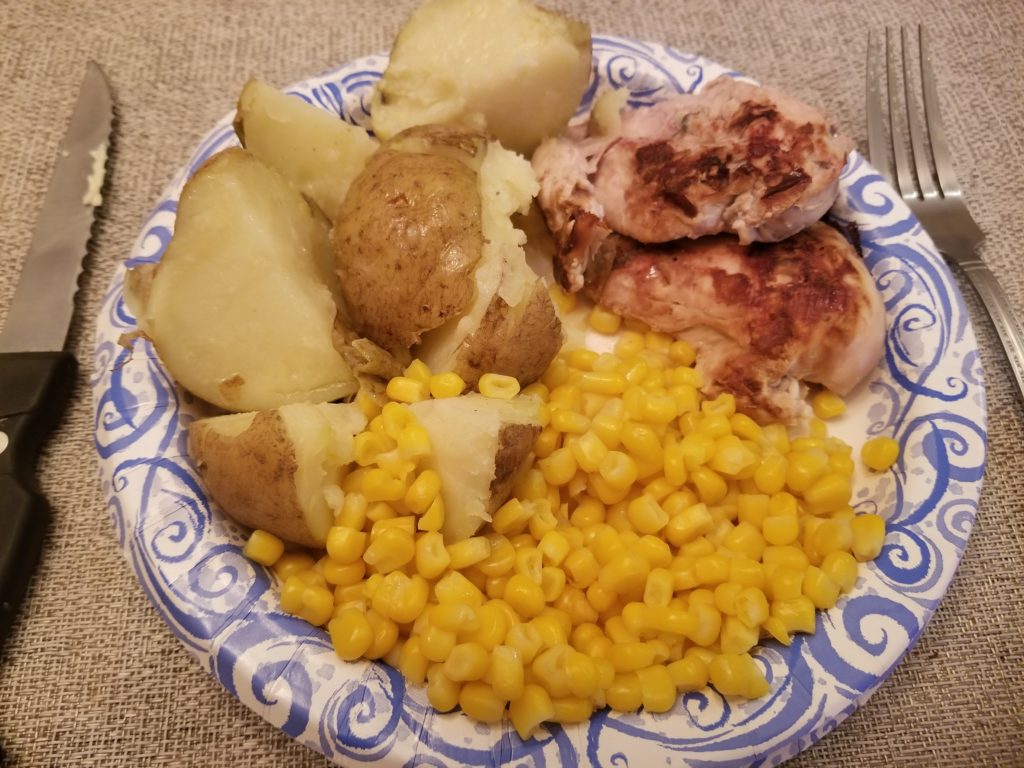 And I dined on delicious Grouse for my supper. So while it wasn`t one of our better hunts……it still was a fine couple days up in North Country with Curt and `ol Jake. Nothin` wrong with that.
`Till next time…..
See all of my Adventures here