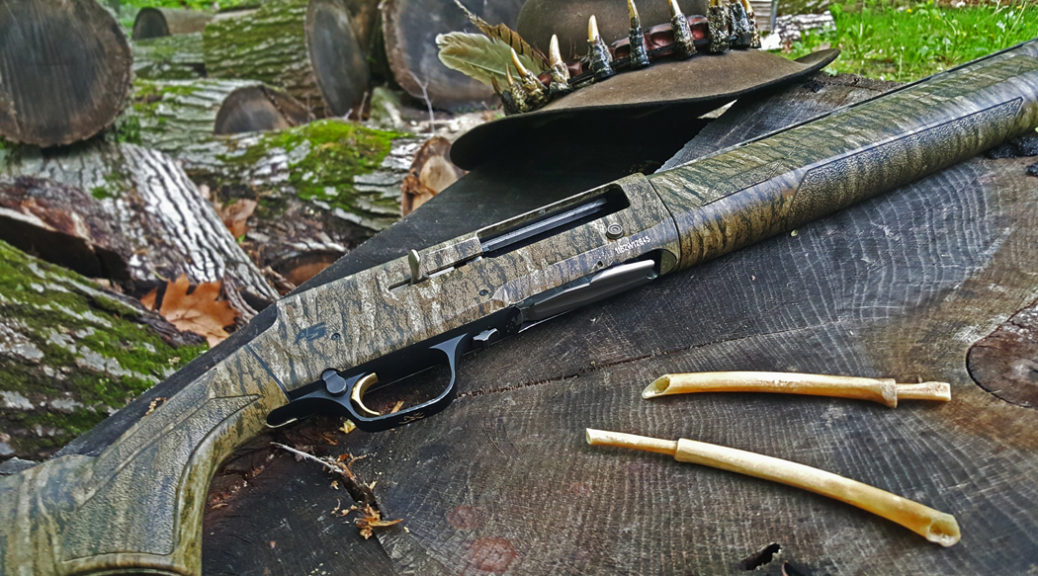 Just about every time Turkey Hunting rolls around, I start scouring around trying to find some new, “catchy” turkey call. And every season, I try to figure out how to use a turkey mouth or diaphragm call to no avail as well. I typically start gagging on it, get pissed off and give up, which is pretty much par for the course, till the following season.
But this pre-Turkey season, I found a Wingbone Turkey Call on eBay and thought, “What the heck? Why not?” Wasn`t sure how it would sound or even if I could make a sound with it, as the “level of use” pretty much the same whatever I read……. “Difficult”. Whether I could make a sound with it or not, either way, sure did look pretty cool. So I bought it for $20 bucks.
The Wingbone call arrived a few day later and I had been studying various YouTube clips and was eager to have a go at it. I have to admit, I didn`t sound all that good or very “polished” but after a couple nights fooling around with it, I decided to give it a shot in the field. Well lo and behold, that very next morning I called up a Gobbler with that `ol Wingbone call and bagged him…… and now I was hooked!
Now the Wingbone call was used by Indians thousands of years ago to actually call wild turkey within bow and arrow range. The more I read about it, the more intrigued I became. Got me rationalizing “Hell if it worked for Cochise, don`t see why it wouldn`t work for me. being part Comanche and all” (Well… at least I might be! Haha!) –
Then it got me thinking…… how cool would it be to actually make my own Wingbone Turkey Call! And that`s exactly what I planned on doing with the Gobbler I had just shot.
The very next evening after supper, I went down to my truck, flipped down the tailgate and started pulling the wings apart. I`ll show you a sequence of pictures I took that night as I “worked the wings” – 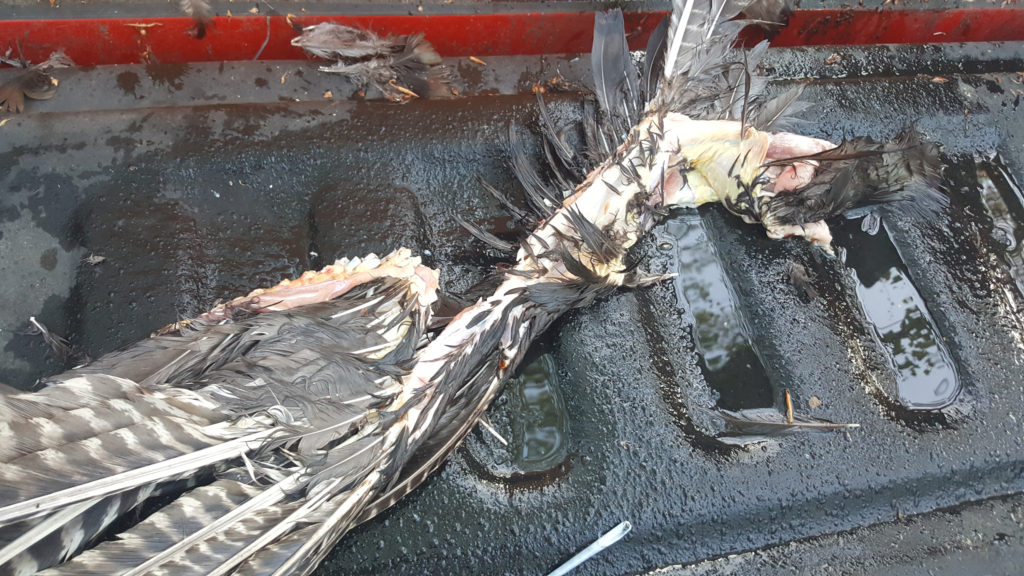 Here I started pulling the feathers from the wing, exposing the meat on the wingbones. 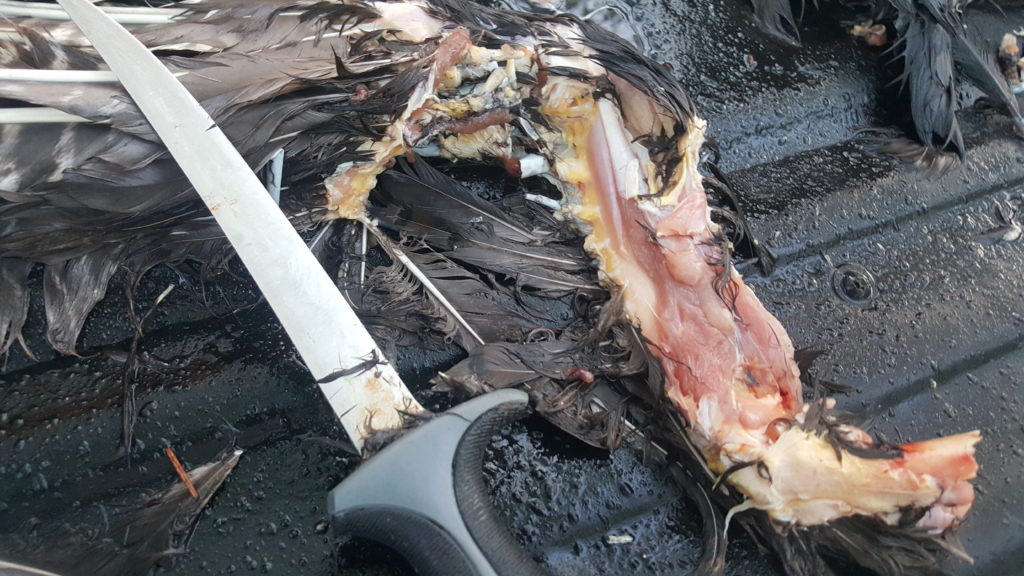 Next, I began fleshing the meat and separating the feathers from the cartilage. 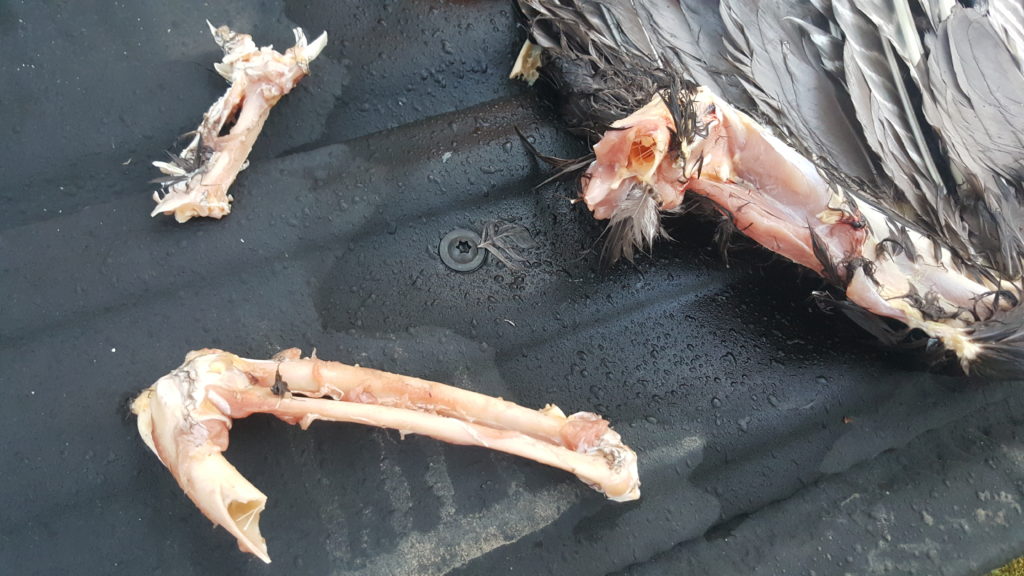 Then I kept “fleshing” the bones removing as much meat as possible, before I started boiling them 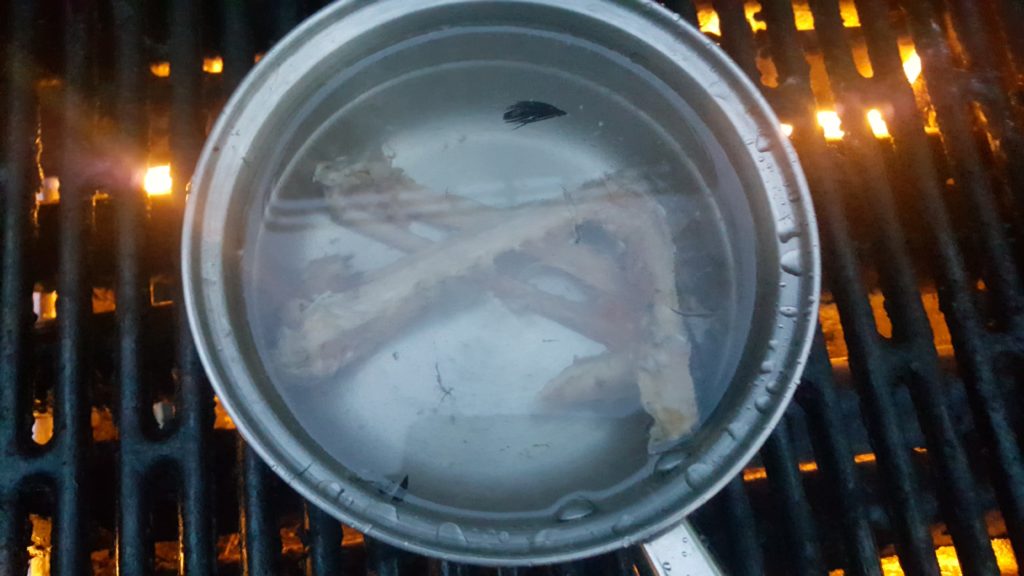 Sharon said, “No dice….. not boiling your bones on my stove!” – So I fired up the grill and boiled `em for about an hour and a half.
Cooked off most of the meat, then scraped any remaining with my knife. By this time it was getting late, so I put the bones in a cooler that I partially filled with vinegar, as I figured this would help to de-grease the bones a bit more until I could work on them the next night. 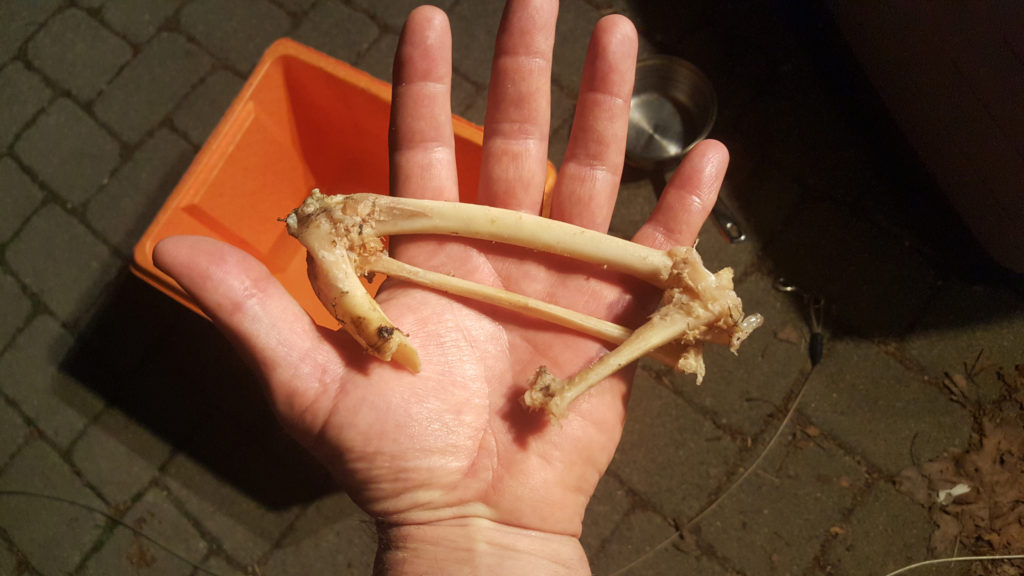 The following night, I cut the bones using my Dremel Tool as this has quite a few various attachments and I thought it would be ideal for my Wingbone Turkey Call project. I should mention that I planned on making two calls, one from each wing.
After cutting the bones into sections, I used a clothes hanger to work out the marrow in the bones. Then simply blew out any remaining particles. Using the Dremel, I honed the edges and widened the openings a tad to get a nice fit. While my original plan was to make a three-bone call, that didn`t pan out as I learned that while it did indeed look really cool, it didn`t create the “sound” because the bones were not really aligned properly. Having two bones going one way and the other facing the opposite, didn`t work, as I found out through trial and error.
But that gave me another idea. To make two 2-bone calls. One with a higher pitch that would imitate a younger hen turkey and one with a slightly deeper, raspy tone imitating a more mature hen. 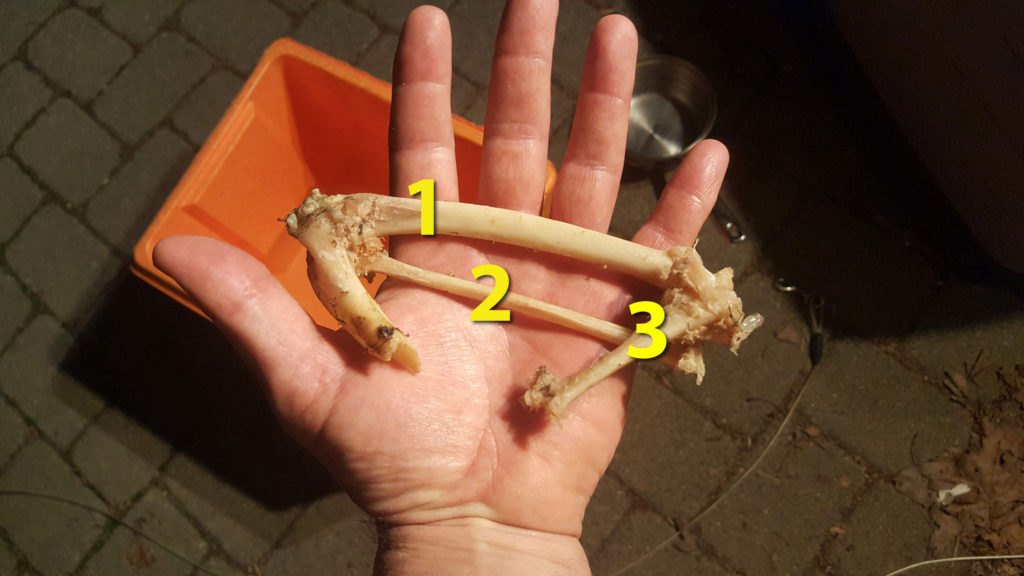 So #1 was the main and #2, the thinner bone gave me the higher “young hen” pitch. And obviously #3 attached to #1 did also give me that “rasp-ier”, deeper sound I was looking for. Again, it took a few hours of honing with the Dremel to get everything to fit, but once I did, I then epoxied everything together and let them dry out and set for a night. 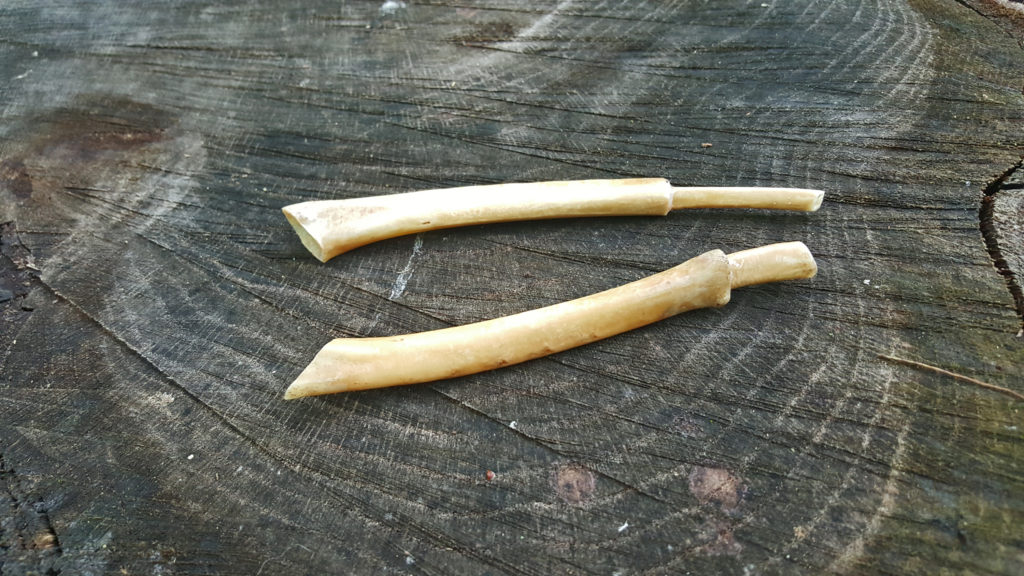 The other morning I was out with one of our pups in the backyard and had the Wingbones in my pocket. So I decided to see if any Gobblers would answer up on the hill behind our house. Sharon was getting ready for work, heard me calling, opened the window and said jokingly “Oh my god! I hear turkeys everywhere! HaHa!”……… I took Piper back inside and went back out to call again.
Then it happened! Three Gobblers started answering back and coming down the hill! I quickly went to the window and signaled her to open it. I put my index finger to my lips then pointed to my ears as she stuck her head out the window. Then I called again……. and her eyes got wide and her mouth dropped open in disbelief….. “Oh my god, you really are calling them in! They`re close!
All of the sudden another Gobbler was coming in from another direction fast as hell, gobblin` his brains out along with the other three! Turned out to be pretty exciting as they came within 60-70 yards before it started pouring rain.
Check out the short clip below to hear my Wingbone Turkey Call –
Till next time…..
See all of my Adventures
Here