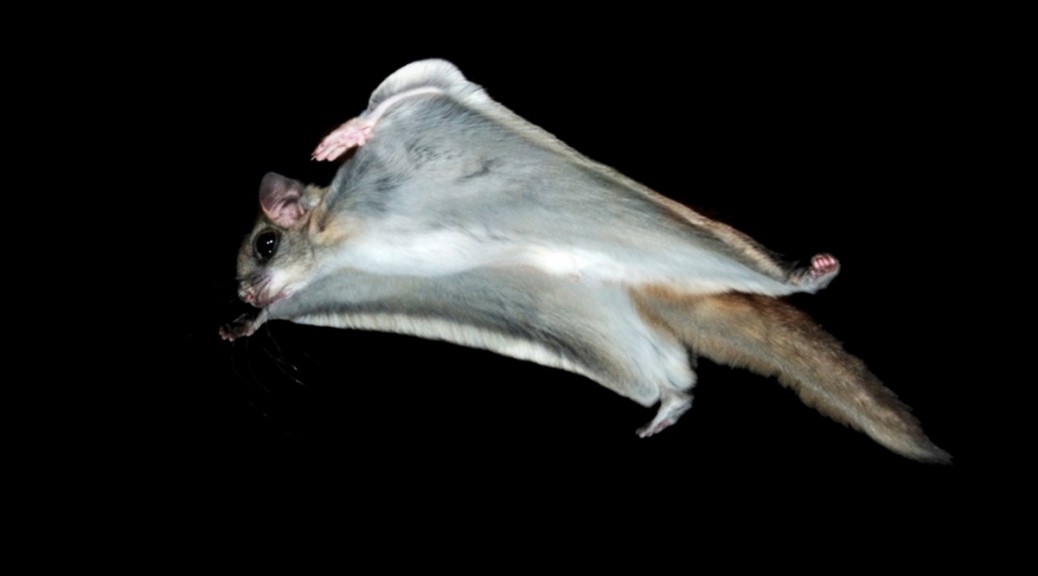 There are so many different critters and interesting facets in the New Jersey outdoors that I come across. I thought I`d share this with all of you, as I think you`ll enjoy it too.
While I was out and about scoutin` some new deer hunting territory last week, I set up a couple trail cameras to see if there were deer moving in the area. When I checked them over the weekend, I was pleasantly surprised at what sort of “Rare” creature showed up to have his or her picture taken. 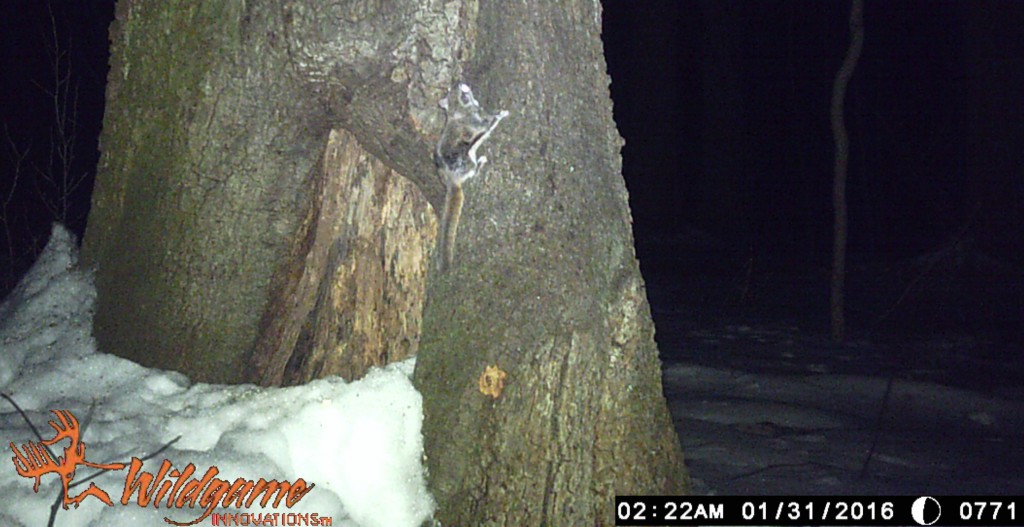 The New Jersey Flying Squirrel! Yep…….. I did say “Rare” didn`t I? See the reason that I said that they are rare, is because they are nocturnal and unless you`re out and about in the night, most folks rarely have ever seen one!

Now they don`t fly exactly fly like a bird, but they are able to glide from one tree to another with the aid of a furry, parachute-like membrane that stretches from their wrist to their ankle. That`s exactly what it is, a built in parachute. 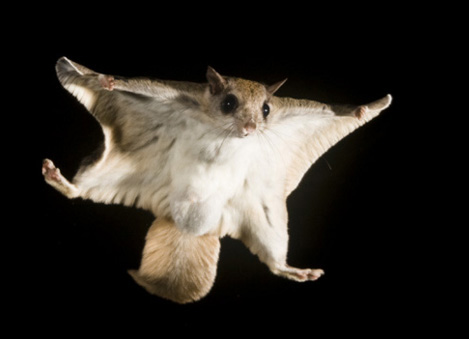 Notice the times these little devils showed up on my cameras………Definitely enjoy the night don`t they? 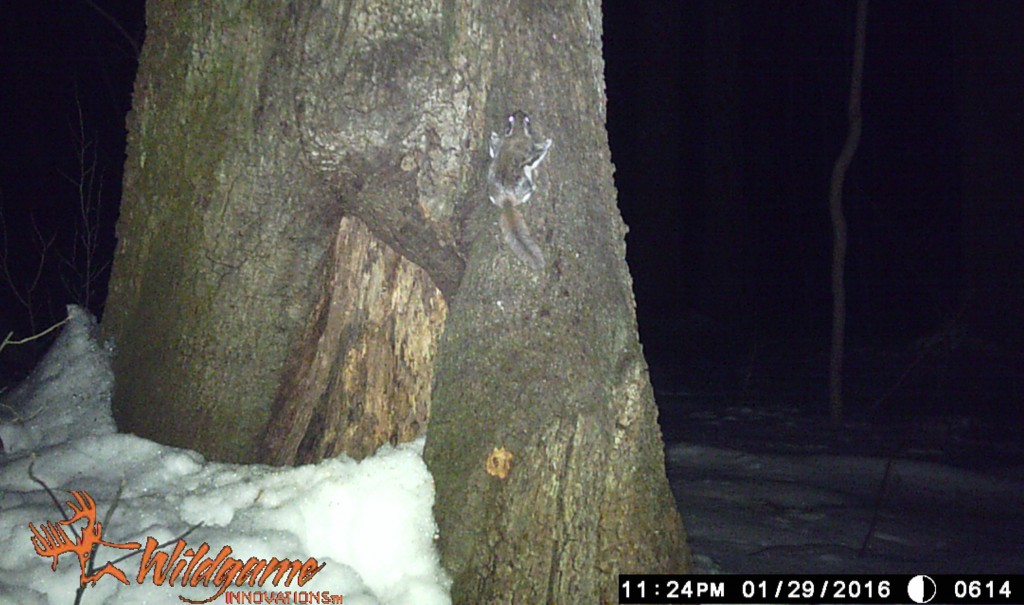 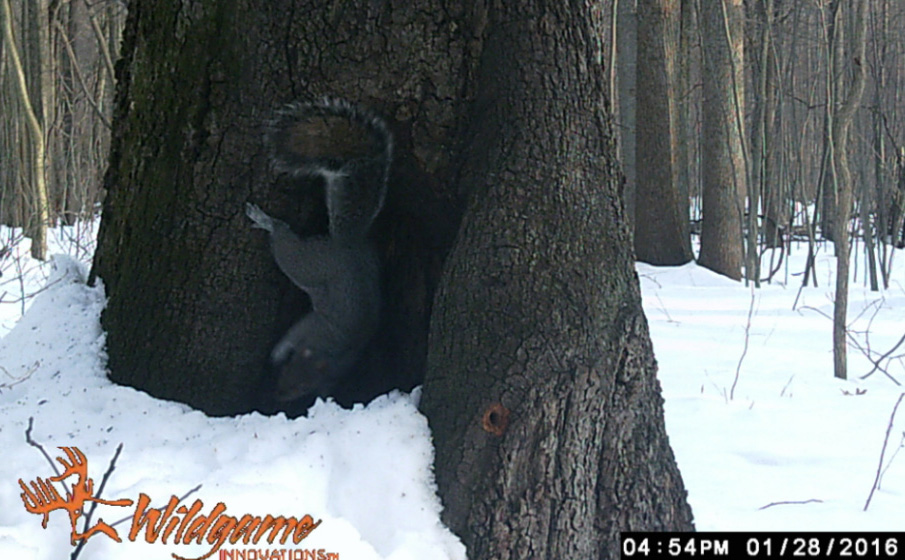 Here is a picture of that same tree. Look at the size of the Grey Squirrel on the left, compared to that little devil of the night on the right! Pretty amazing isn`t it? 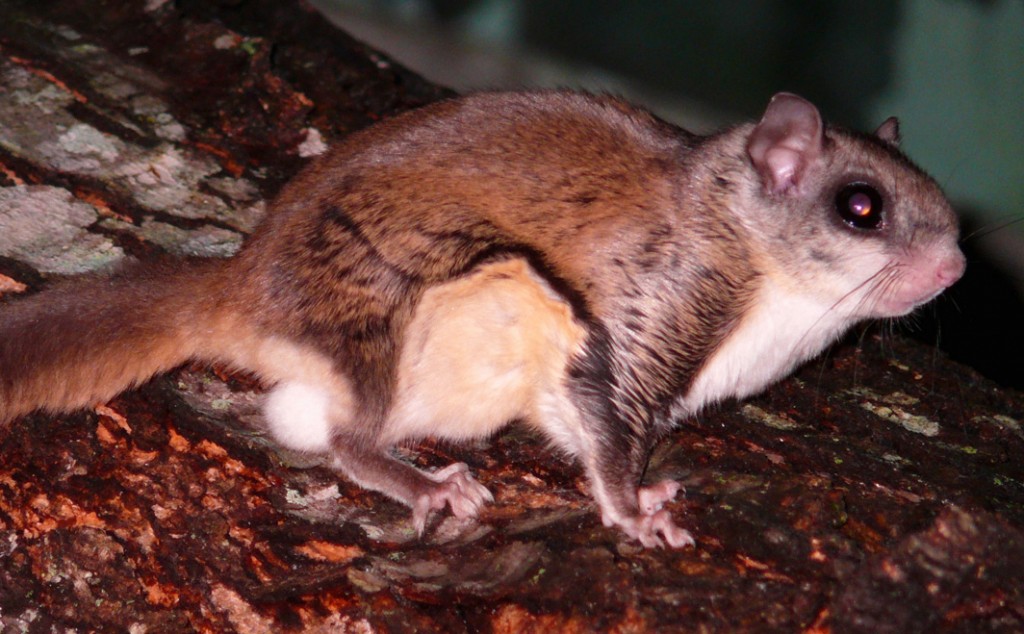 Hope you enjoyed learning a little about those “Rare” New Jersey Flying Squirrels………..
Till next time…..

3 thoughts on “The little Squirrel that could… fly! Those “Rare” New Jersey Flying Squirrels”