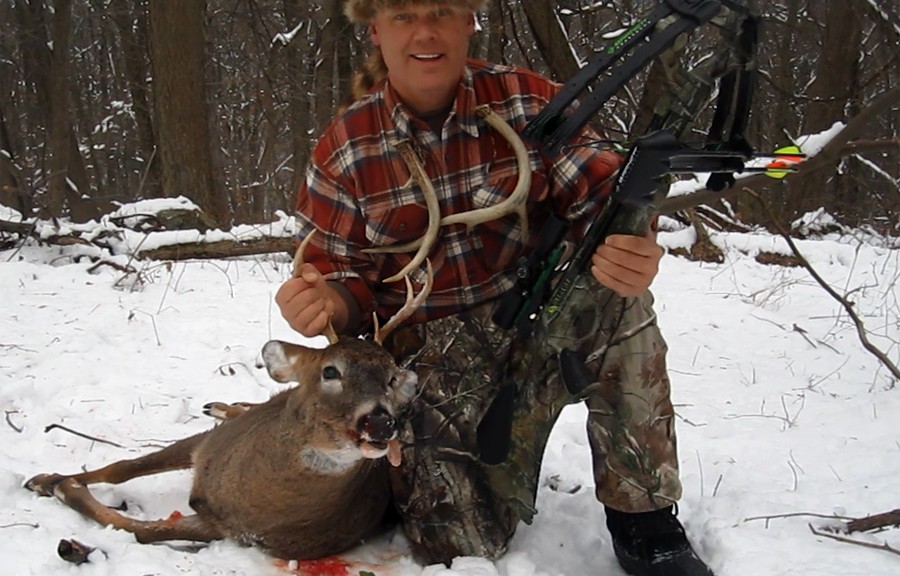 NJ Bow & Arrow Hunting is another venture that I enjoy doing in the Fall, especially when the deer “Rut” mating season in in full-swing. Personally, I get pretty darn excited when I`m in my tree stand using my “Luck-Seven Rattlin` Antlers”. Antler Rattling is an old Indian trick where you use a set of antlers to simulate two bucks fighting over a doe. Now when a buck hears the “two bucks scrapping”, many times he will show up with the idea of stealing the doe away from the fighting bucks.
Well today was one of those perfect Buck Rattling Days…….. 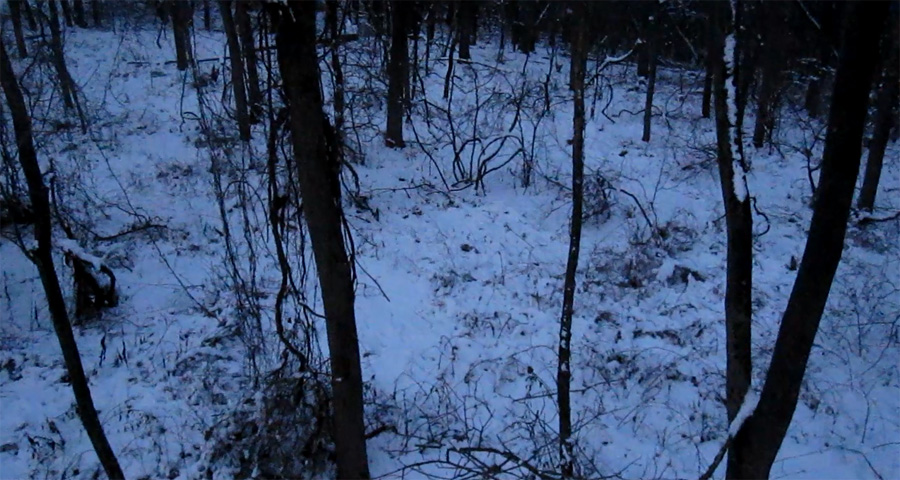 Sitting in my tree stand as daybreak came, the snow-covered Fall ground offered the ideal visibility as I could see easily see all around me. At about 7am I started a little light antler rattling with my “Lucky-Seven Rattlin` Antlers”. Watch the video below as I tell you a little about how these antlers came about. 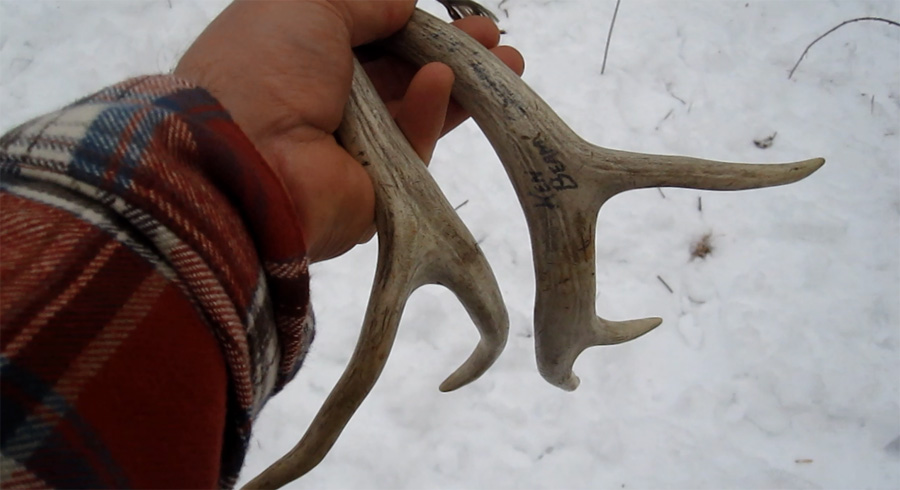 After about only 15-20 minutes, a buck started to approach my stand. I watched as he cautiously approached the direction in which he heard the “two bucks fighting” in. When he strolled within 45 yards of my stand, he was in range of my Barnett Hellcat Crossbow. 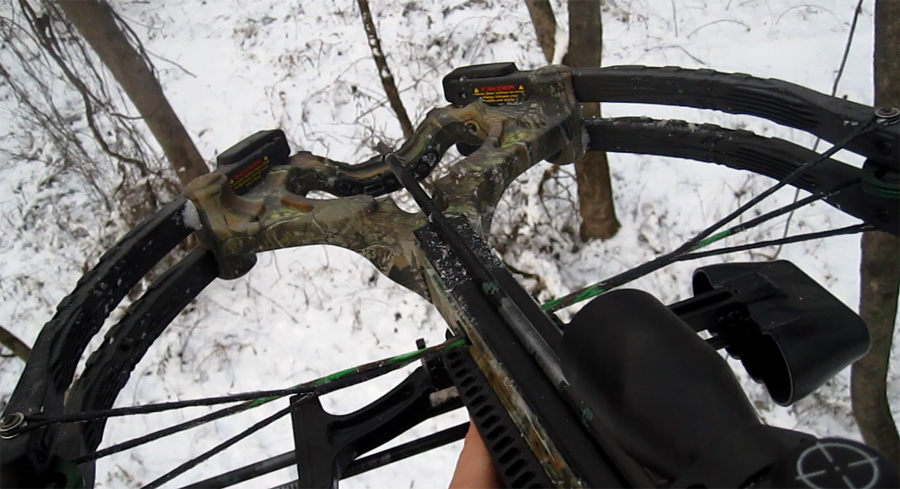 After taking a well-placed shot, I watched the buck run about 50 yards or so…….. 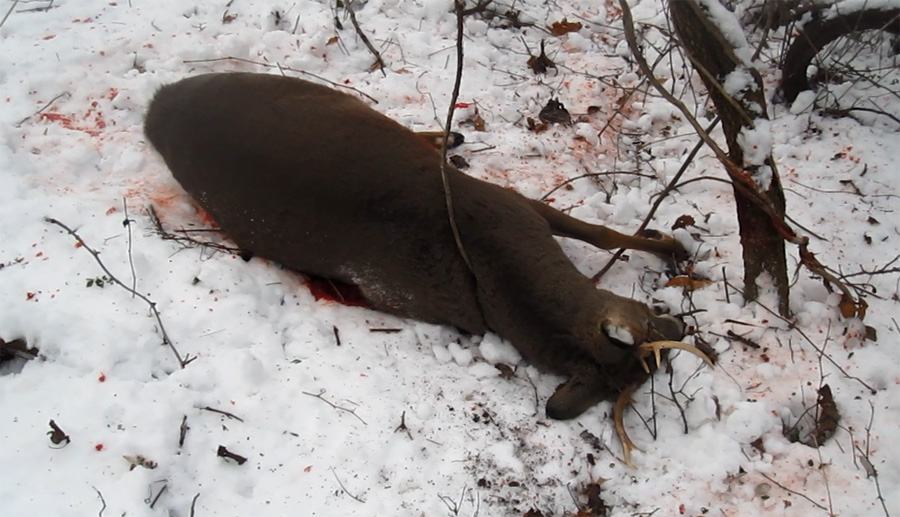 Watch the video below of Ken Beam`s NJ Bow &Arrow Hunting Adventure on November 29th 2014!
This is an excellent time of year to be out in the woods. The weather is outstanding in my opinion. Nothing quite like sittin` in your tree stand on a cool, crisp Fall mornin` in the dark…….then when daylight comes, you see your breath in that Autumn air as your senses awaken,……….. you smile with anticipation….
The NJ Bow & Arrow Hunting Season runs from Sept through the end of November & actually comes back in again for a bit in December. Then the NJ Bow & Arrow Winter Season starts in January & goes into the second week of February.