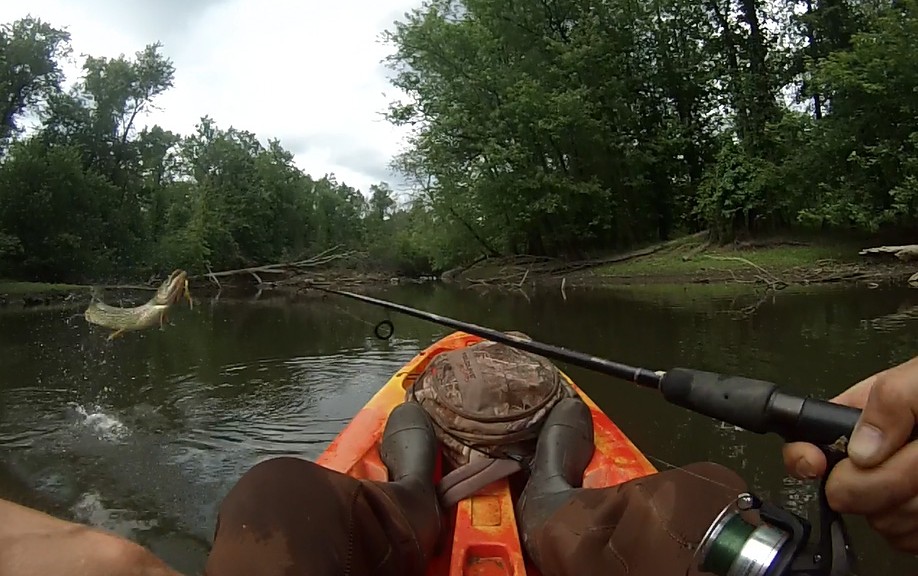 Yesterday definitely wasn`t the best afternoon weather-wise, as the forecast was calling for severe thunderstorms late in the day. It was really a little too late of a start, but I threw the `Yak and gear in my truck, got some gas, a couple cold drinks and decided to roll the dice for a little NJ Pike Fishing on the Passaic River.
Decided to try some new territory, which again, I wasn`t sure how this was all going to pan out as I was hearing thunder rumble the further east I went down Route 80.
I arrived at my new spot at 4p.m. and figured I`d fish and be back at the truck by 6:30 at the very latest, that is if the weather would hold out that long. My plan was to paddle up river and estimate roughly how long it would take my to drift back down to my starting point, as I worked the murky waters of the Passaic River for those razor-toothed NJ Pike. 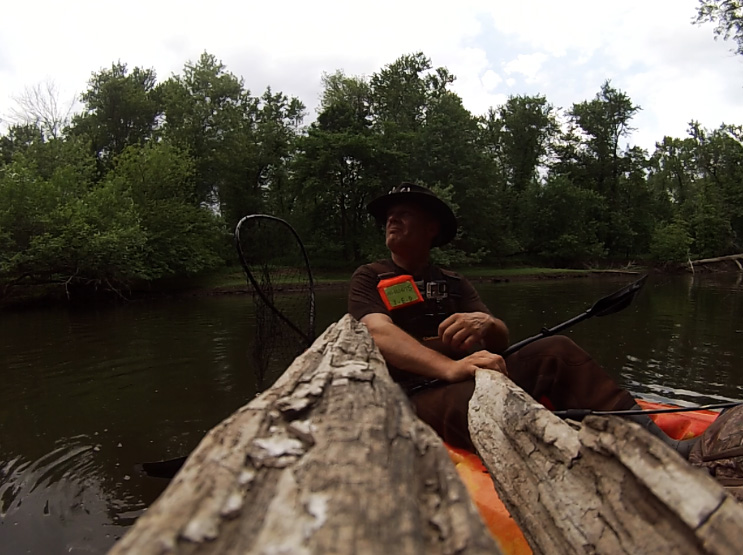 I had just got the `Yak in the River and it really began to rumble. Thought for sure this would more than likely be a very short trip as lightning was flashing more frequently and the thunder was rumbling much quicker and closer now.
Every now and then though, the sun would peek through momentarily as I began to work some deep pools as I drifted downstream.
Then it happened…….. A strike! Fish on! And a good fish at that! 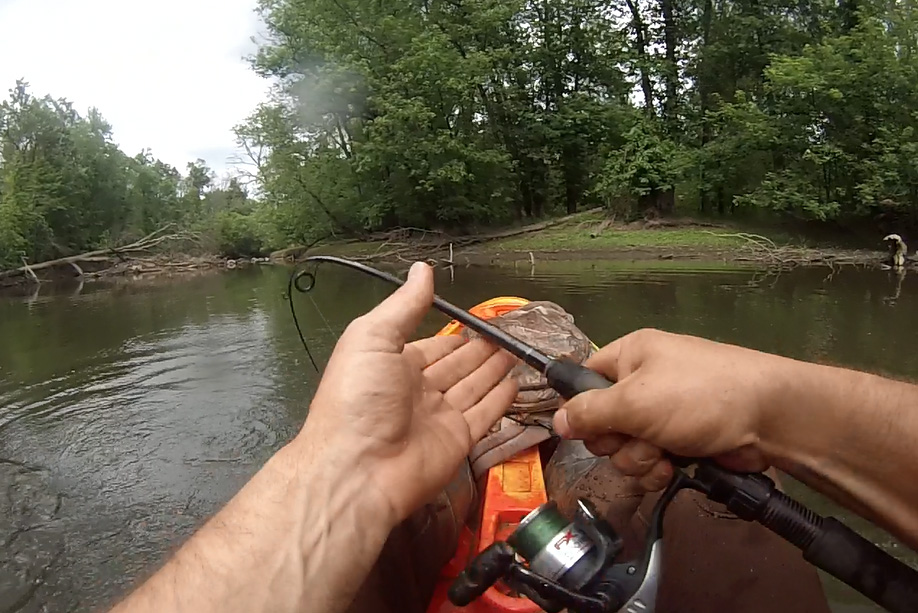 The Jersey Pike dove quickly under my `Yak as I set the hook and the fight was on!

Then the mighty Pike danced in the air, showing his acrobatic moves! 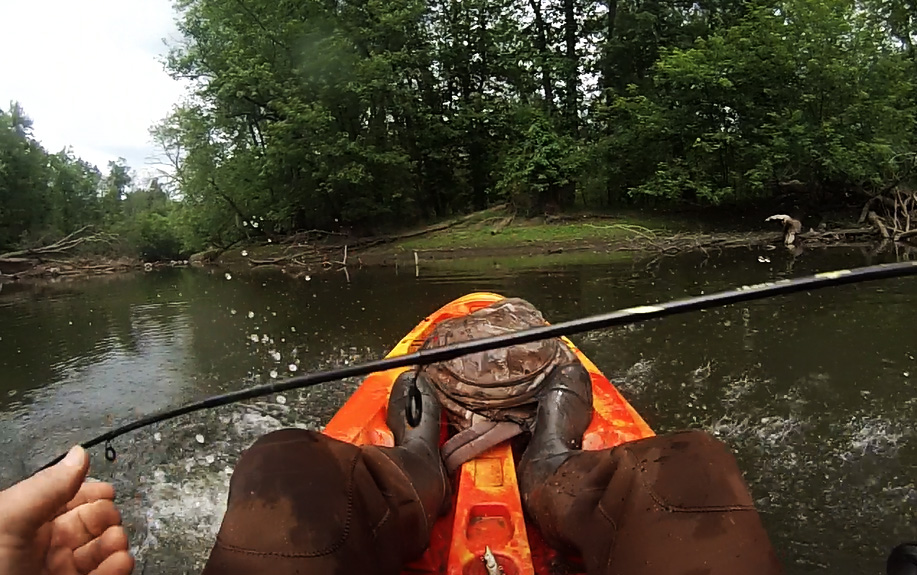 The water boiled around the `Yak as I got the Pike closer! 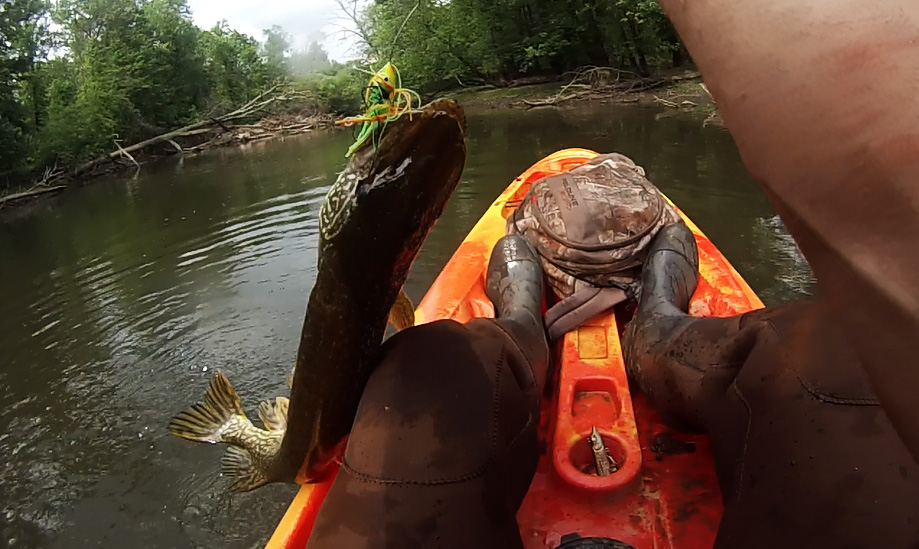 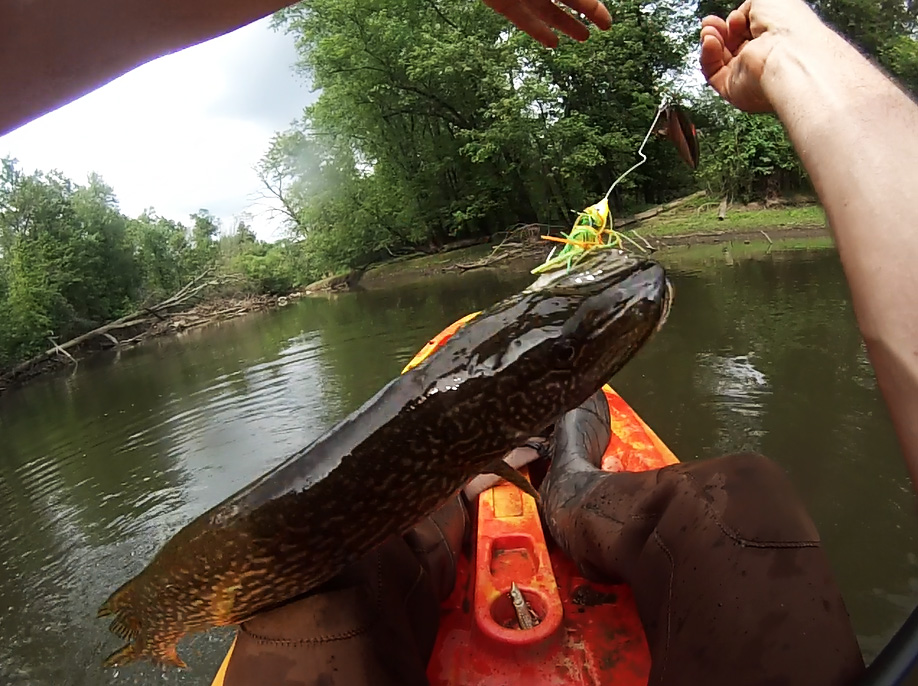 Enjoy the short Video below I shot of my latest adventure;
Only fished for an hour and a half and managed to wrangle up that one nice NJ Pike before the sky started getting a little too dark as a flash-flood warning was out.
All in all, a mighty fine fast-action, NJ Pike Fishin` Adventure in some new territory! 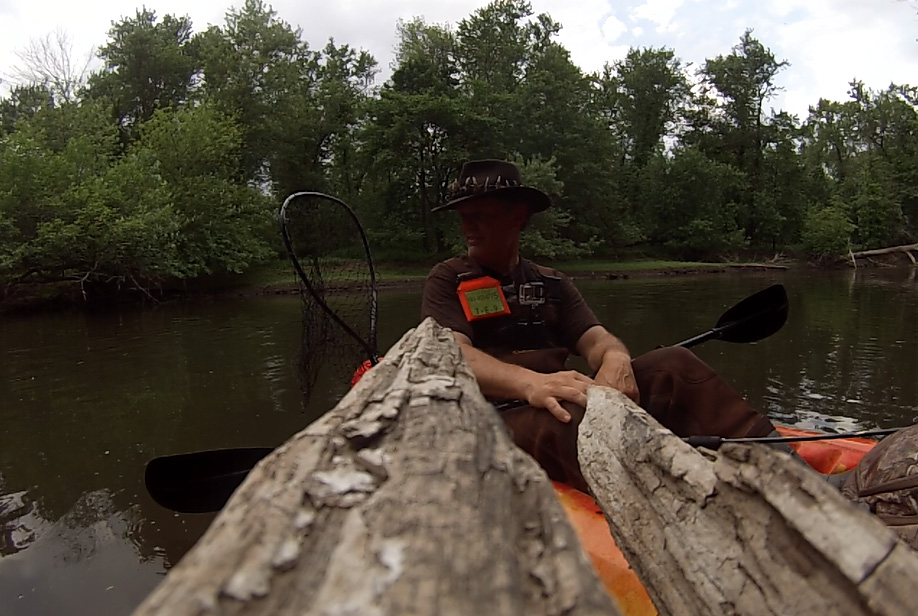 2 thoughts on “NJ Pike – Thunderstorms, a `Yak & Ken Beam = Pike on the Passaic”