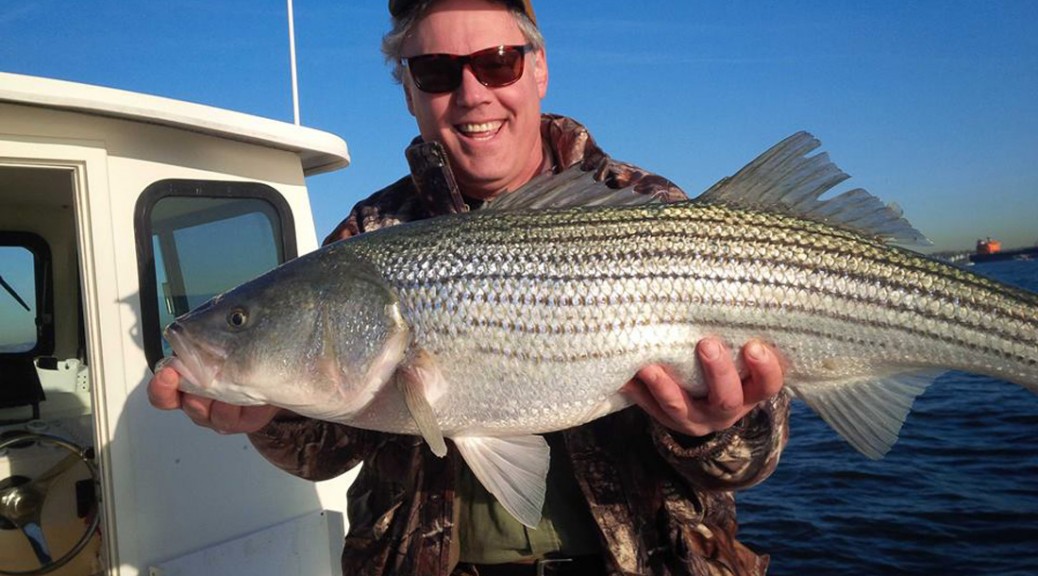 NJ Striper Fishing from a boat, is something that I had always read about in the magazines, but had never actually experienced. So when a friend asked me if I`d like to join him on his boat & have a go at it, I was all in!
Plans were made & I received a text from “Captain Bob” on Friday asking if I could be at his house at 4am the next morning to head down to Atlantic Highlands. “Heck yea!” I wrote back. I could hardly sleep that night, almost like a little kid the night before Christmas!
I was at his house at 4am sharp & ready to go. Jumped in his truck & away we went. Like I said earlier, I had never ever fished from a boat for Stripers, so this was a totally new learning experience for me.
We stopped & grabbed a couple of breakfast sandwiches before we got to the marina, and at that time I took a half a Dramamine……. And yes, I get sea-sick in the calmest of ocean waters! And we didn`t need `ol “Chum King Ken” to show up that morning! ha! ha! 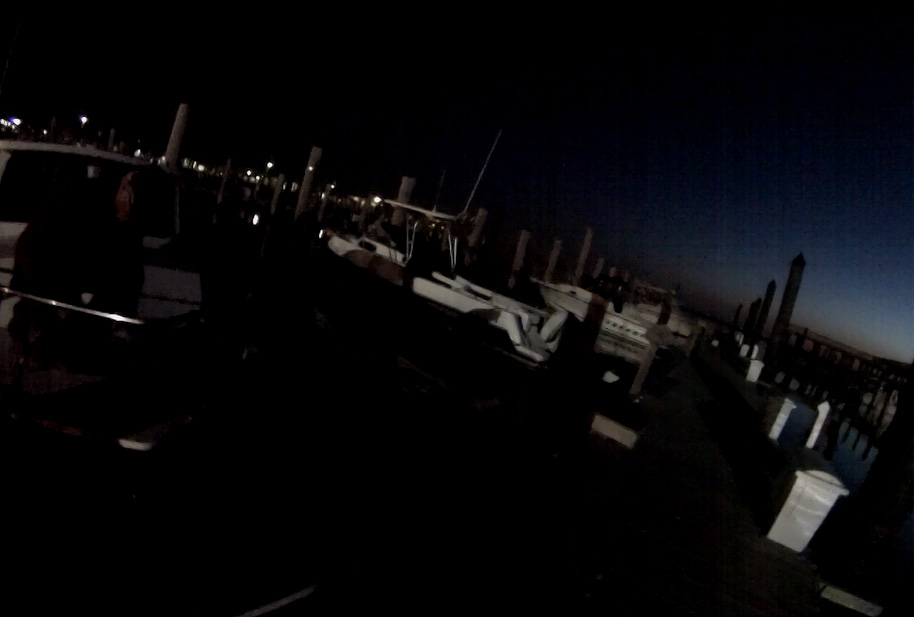 Arriving at the pier at the break of dawn,
there was barely a breeze & the water looked
really calm. Captain Bob was out the day before in the same weather conditions, & told me they managed to catch twenty Stripers!
So I had my fingers crossed, hoping for a little De’Ja’ Vu that day.
The Captain decided that it would be best to troll as they hadn`t done anything with bait the previous day. So he set up two poles with umbrella rigs & explained to me what to do when one jumped on. Now at that point, I was really gettin` pumped & ready to nail a few sea-cows! 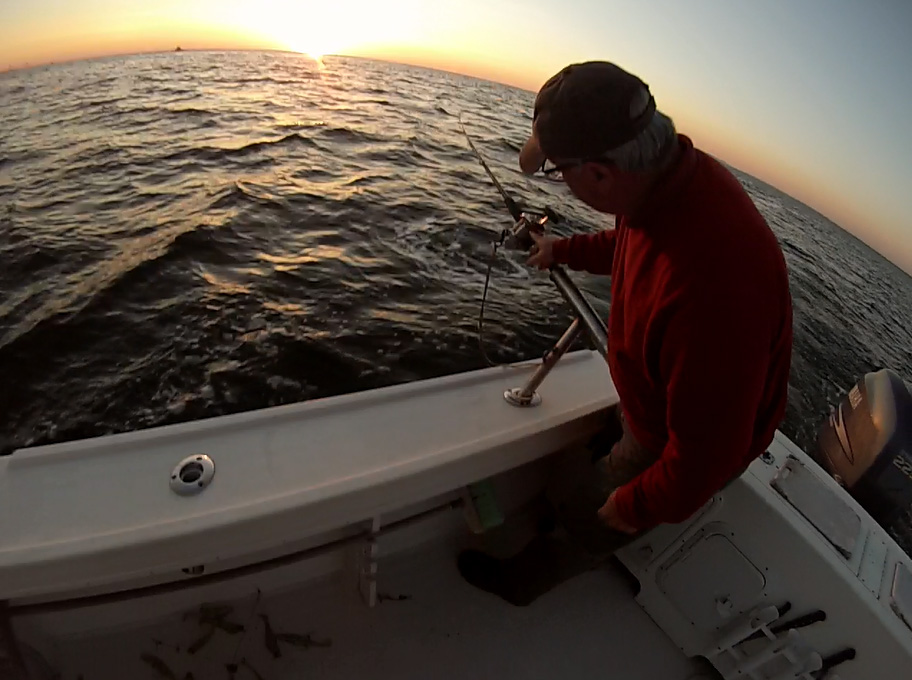 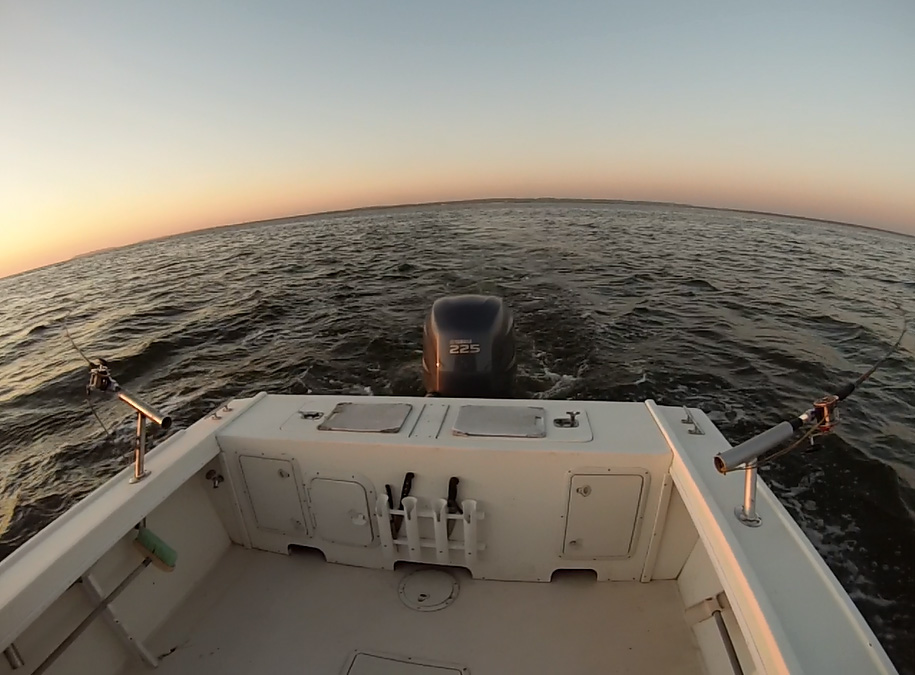 And it wasn`t too long before it happened…….BAM! Fish on! 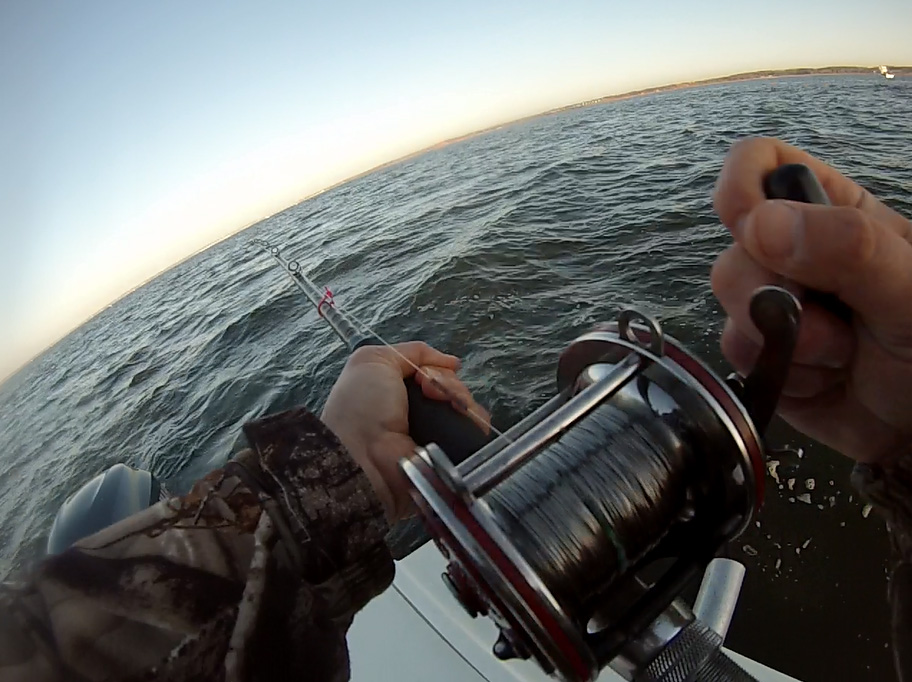 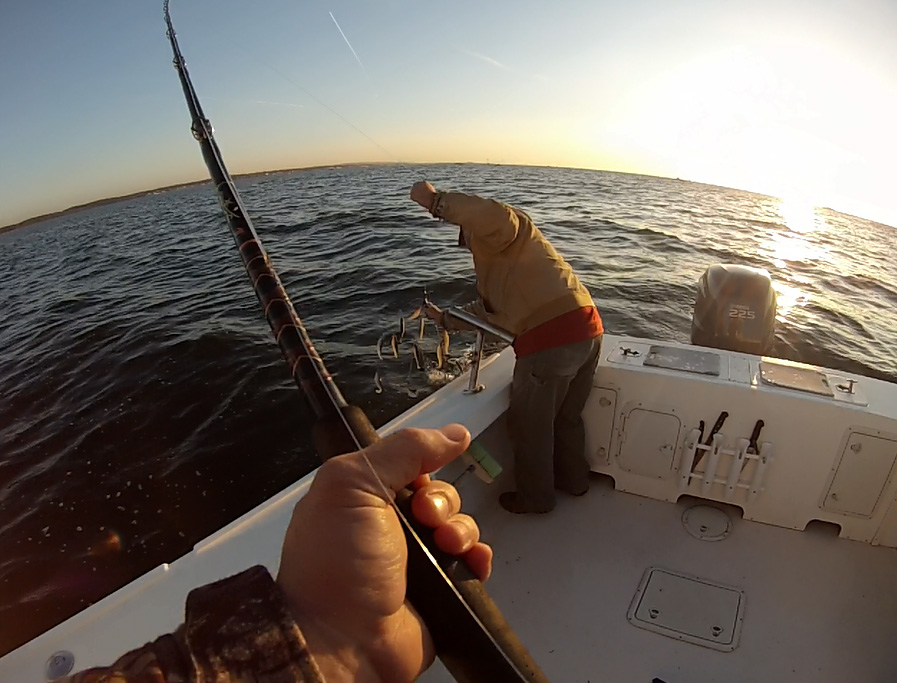 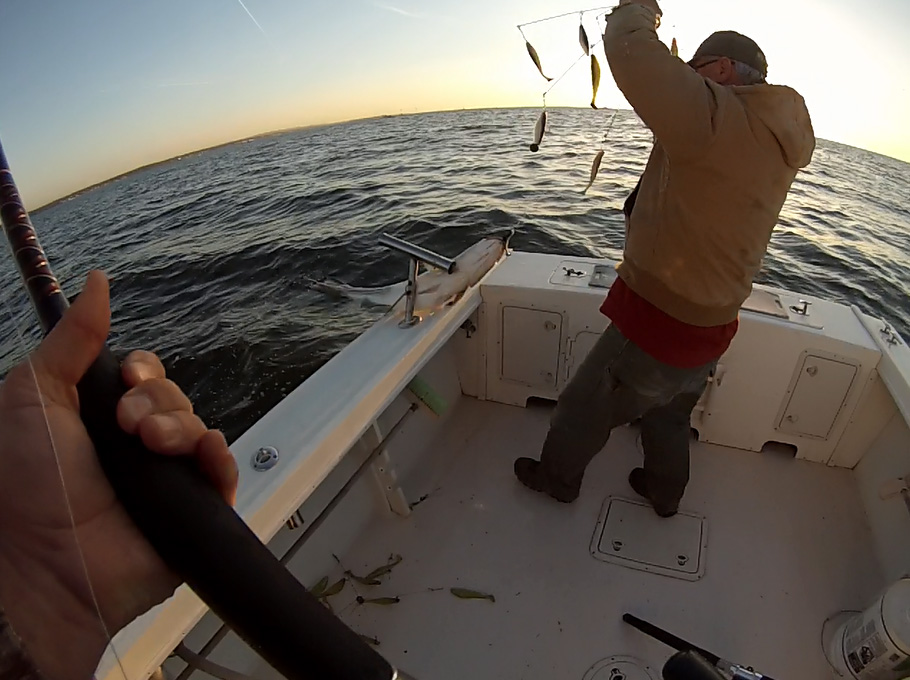 I caught my 1st Springtime Striper in a boat! 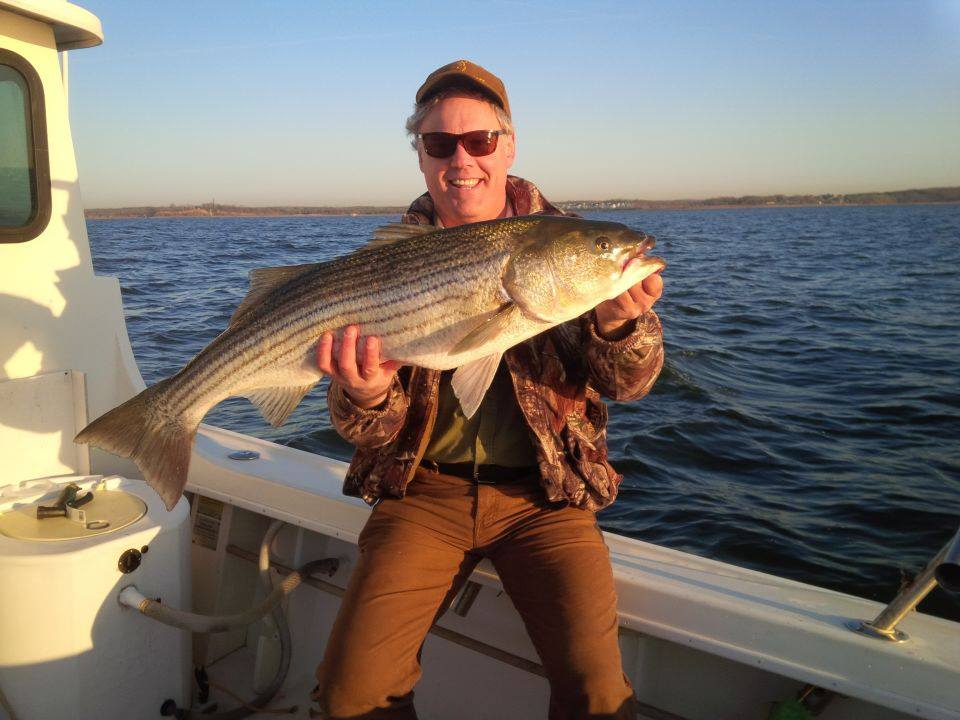 As the morning went on, I wrangled up a few more beauties out there. And I have to say this, Captain Bob was probably the most gracious Captain you`d ever meet on the high-seas. He actually let me catch every Striper that morning! And I caught a few beauties! 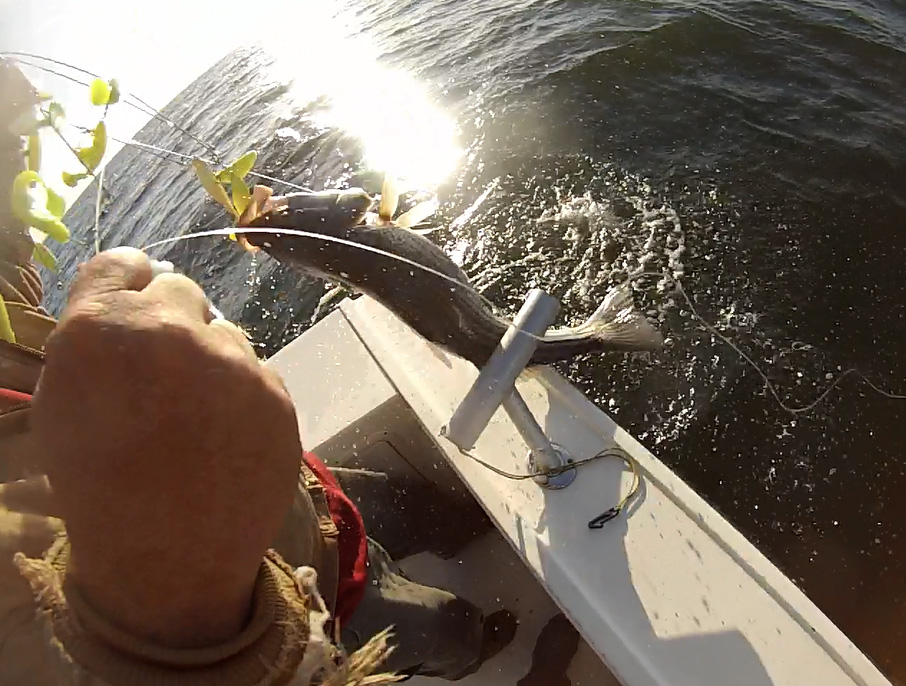 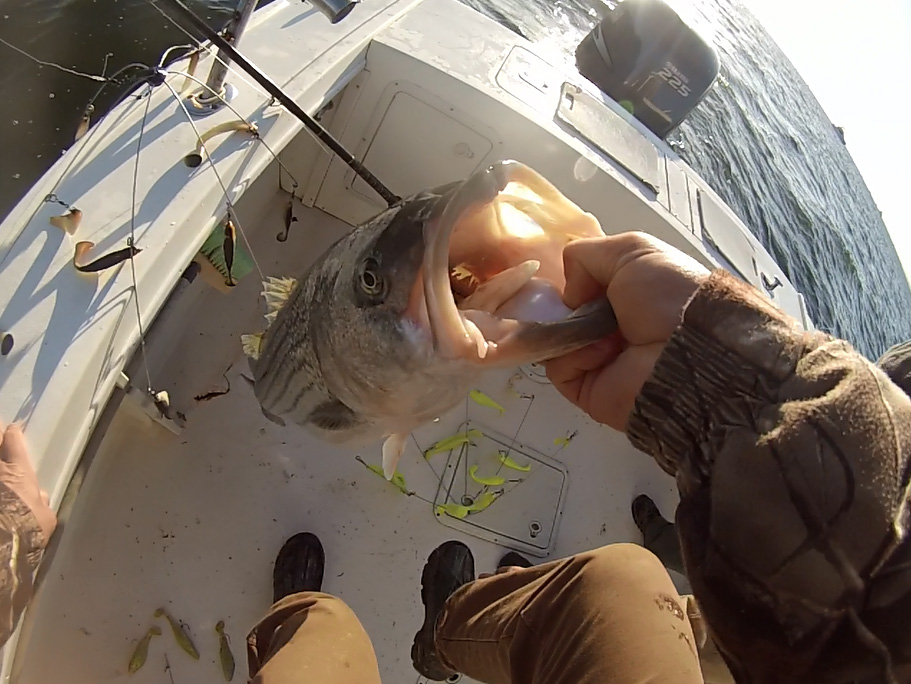 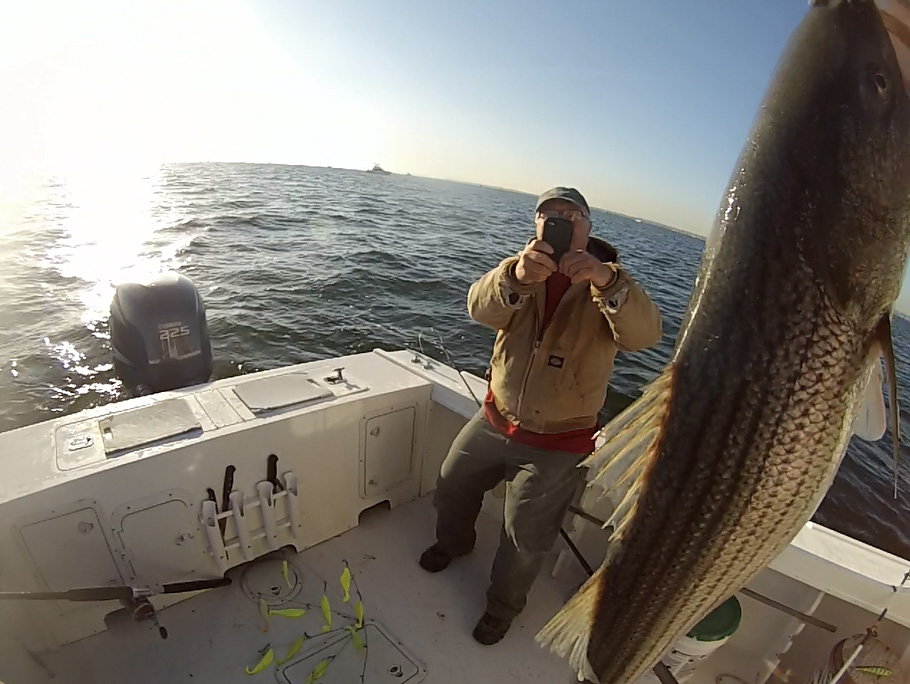 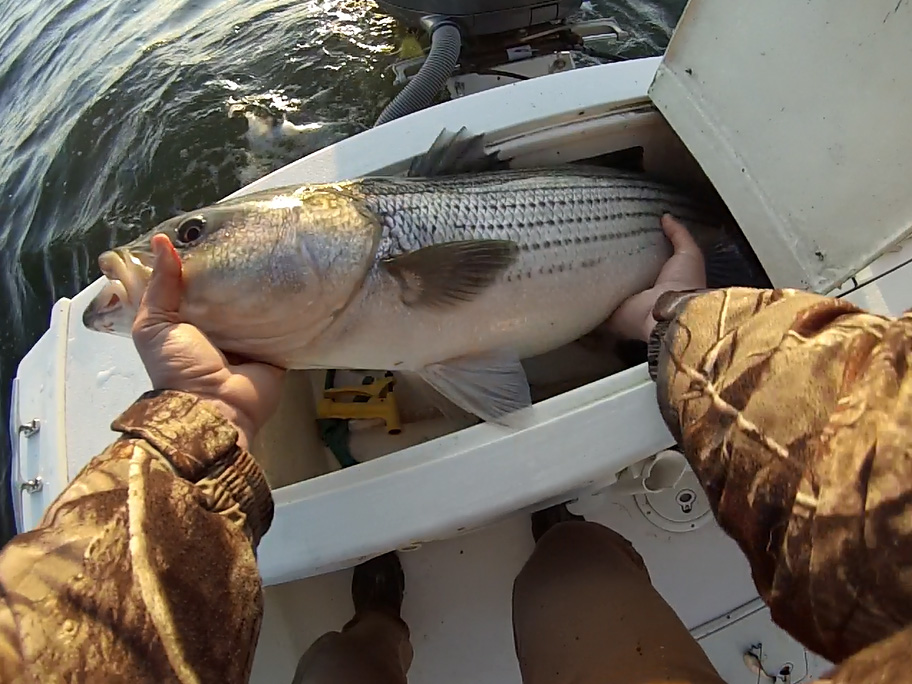 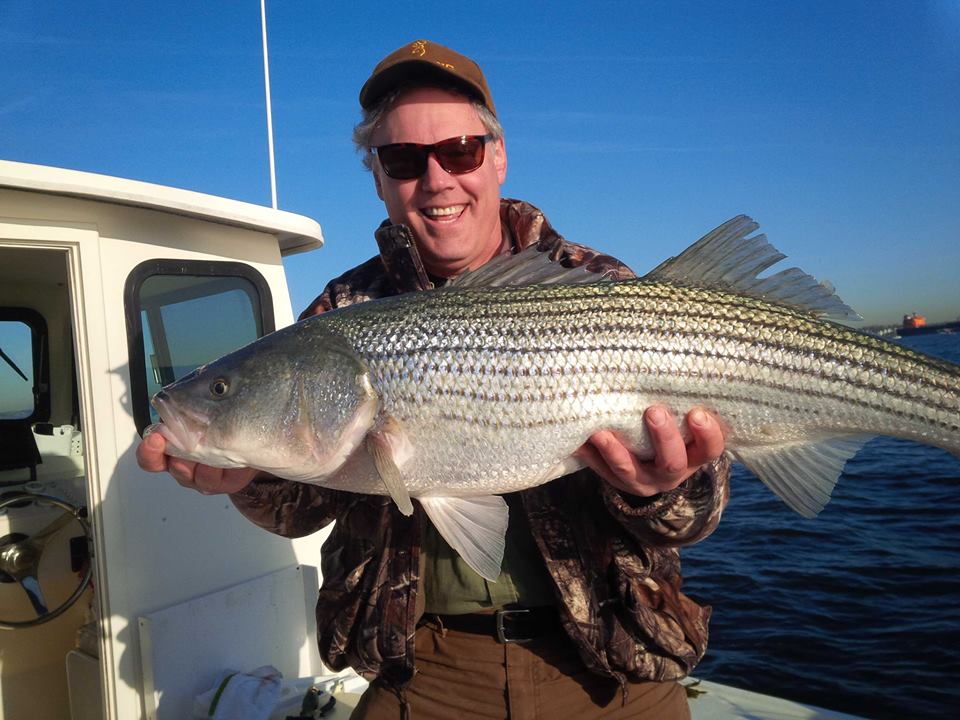 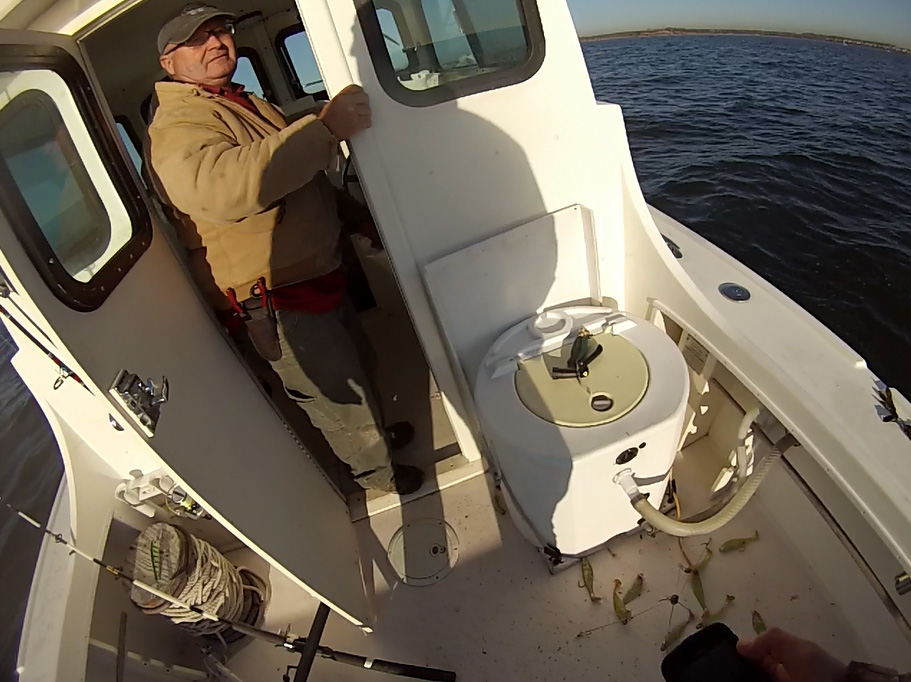 Captain Bob kept us on the fish for a few hours, before the boat traffic got too heavy. We only ended up with seven that morning, but the ones we caught, were all really nice, big Stripers!
And of course, I had to bring to Go PRO……… So here is the clip I shot of the day`s adventure.

Hope you enjoy it as much as I enjoyed catching those Big Springtime NJ Stripers!
Till next time…..