You know as I was driving home from work last night, I was thinking about all of the really decent guys and gals that I`ve met through Facebook and the various outdoors sites that I belong to on-line. Really nice people……. and while all of us come from different walks of life, we share that one common connection…..Our love for fishing. And even though we may all be strangers to one another, because of our common passion, striking up an initial conversation couldn`t be any easier.
Well last Sunday I had the pleasure of meeting and fishing one of these individuals. My on-line fishing Friend, Brian Downs graciously invited down to his neck of the woods to have a go at Snakeheads and Bowfins.
We met at our chosen destination at about 7am that morning and I followed him down 295 for several miles.
He explained how they had done really well at this spot the day before and was hoping for the same action.
Once at the swamp, we quickly set up, grabbed our gear and hiked our way in. As we approached the swampy area, the first thing I noticed were how high the lily pads were. At least waist-high. Definitely now like to low-lying smaller pads back up north.
We started working our top-water frogs across the green, mucky duck-weed covered waters trying to entice a strike from a hungry Snakehead. Nothing really that first hour. We talked about tides and concluded that we were really just at the beginning of the incoming tide. More than likely, the fishing might be a tad slow for the first couple hours.
About a half hour later, Brian suggested moving on and we we walked back out towards the lily pad-infested main lake. He said that there were some nice Snakeheads and Largemouth Bass usually caught in the lake itself. So we decided to toss some frogs and see what happens.
On my third cast, I saw a tremendous wake coming right at my frog! BAM! Fish on!
The mighty Bowfin rolled and thrashed as I set the hook! “Wow! What a heavy fish”, I said aloud. Then within the next twenty seconds my line went limp as the big `Fin threw my frog and cruised back into the murky darkness of the still Pads.
After that excitement, we hiked to a little walk-way bridge that crossed this fairly narrow creek. Brian said “Let`s work this….. I just saw a Snake in the muddy water” –  He worked on side and I the other. At one point he said, “Ken…stop! The Snake is right under your frog! He`s stalking it! Twitch it!” – And so I did as my “Guide” requested and BAM! An explosion as the ferocious Snakehead slammed into the top-water frog! I reeled back and set a hard hook! Less than a minute later, Brian was at the water`s edge clamping the Boga Grips on it`s lips. 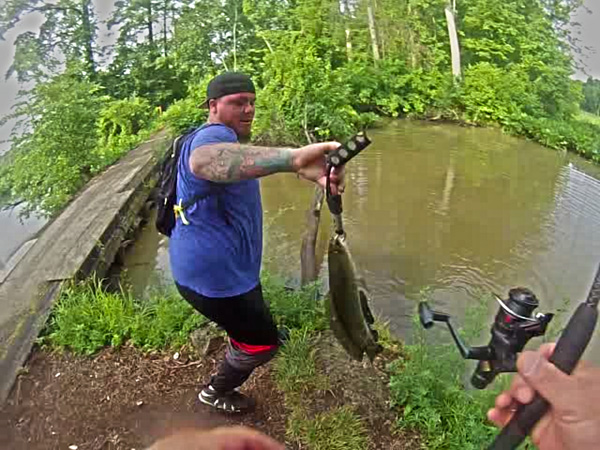 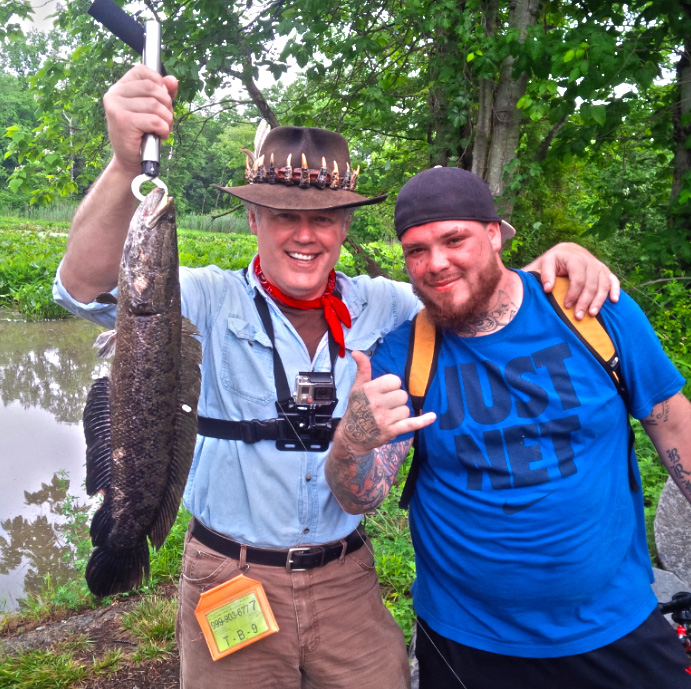 We continued to fish for the next several hours in the hot muggy swamp. At one point, I came within inches of stepping on a huge watersnake(well….. at least I think it was just a watersnake) which could been a problem as I only wear crocs the majority of the Summer. So more or less, I`m barefoot. Yea….. that could`ve been a problem. Then Brian at another point had the strangest bug I had ever seen land on him! 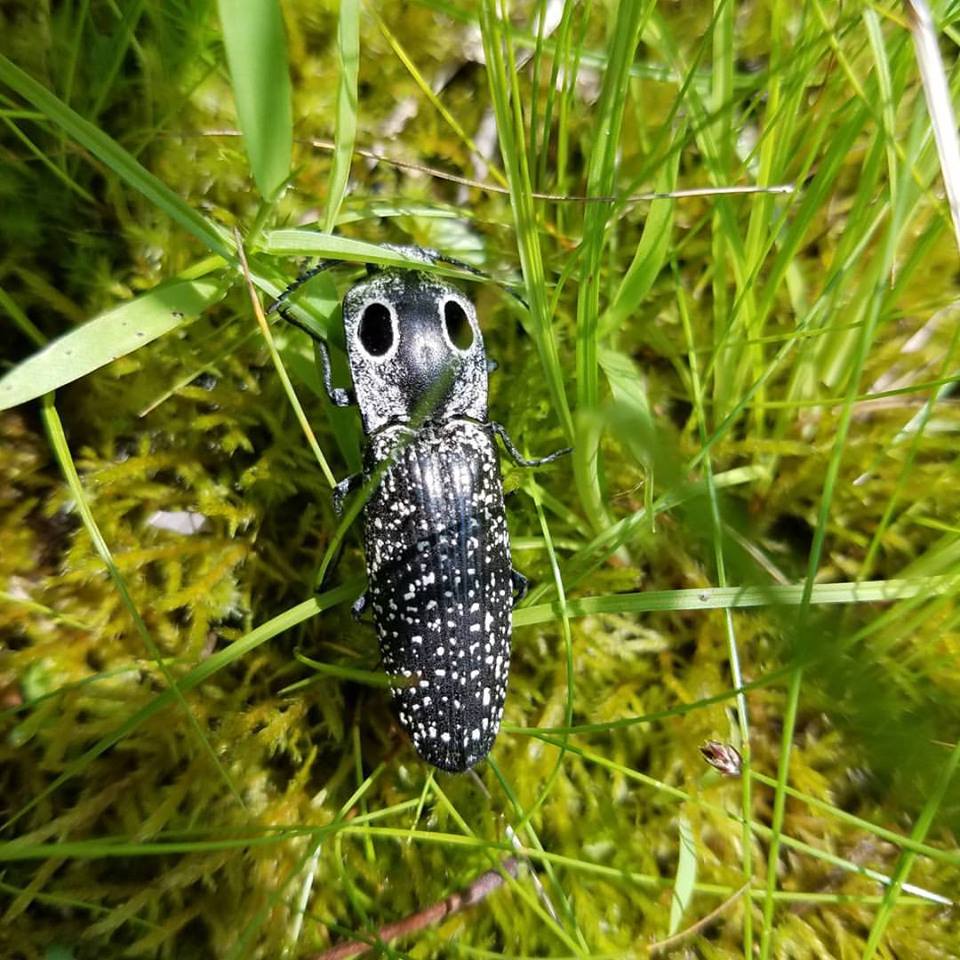 Turned out this peculiar looking bug was a “Eyed Elater”……. And as I said, neither of us had ever seen this strange bug before ever.
I think some of you will appreciate how tough it can be to fish on foot in a situation like this. So without further ado, here`s the Video I shot of the day`s Adventure;
We definitely decided that we could cover a lot more territory in the `Yaks next time I head down that way.
Heck I even got the chance met a few of his buddies that were fishing out and about down there that day. Bunch of real nice fellas.
Brian told me awhile back, that he`d have me down to chase those Snakes……. And a good man keeps his word and I appreciate that. Look forward to draggin` the `Yaks down that way next trip to fish with my Friend.
Thanks again Brian.
Till next time……
See all of my Adventures here.

4 thoughts on “Snakehead Fishing Adventure in the Swamps of Jersey”