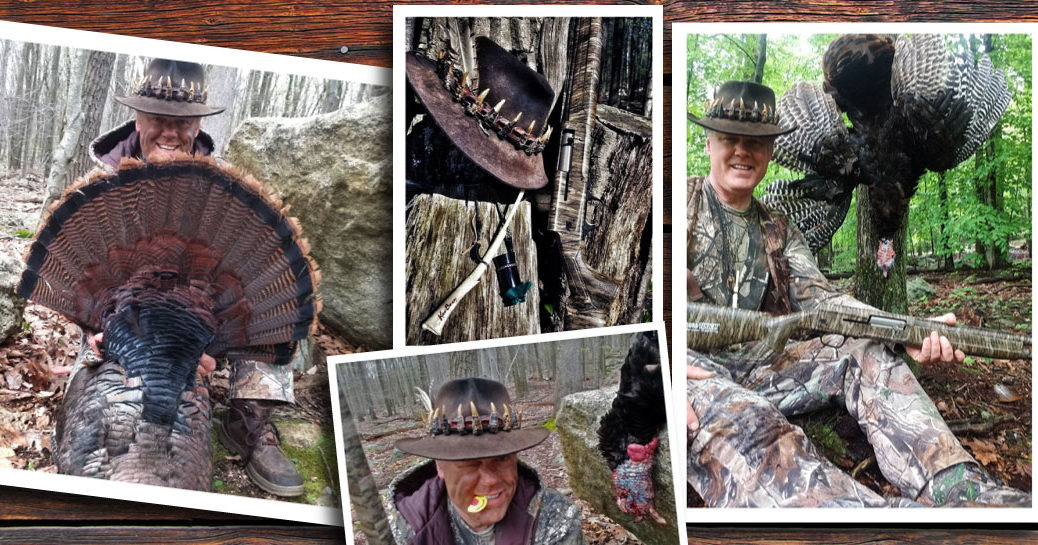 The 2019 NJ Spring Turkey Season ended this past Friday on a very windy day. Weather-wise, it was the coldest Spring Gobbler season that I`ve experienced. Usually by the third week in(“C” week), I`m wearing thin coveralls and a very light shirt, as the Springtime air warms up. Not this past season. I wore long-johns on quite a few mornings and my insulated pants right up until last Friday.
1
I always try to learn or teach myself something new and this Turkey season, lo and behold, I finally figured out how to use a diaphragm mouth call. Definitely adding a different dimension to my Turkey Calling “Repertoire” – Matter of fact that first morning, I “talked a little Tom” then that `ol Gobbler talked to my Browning. 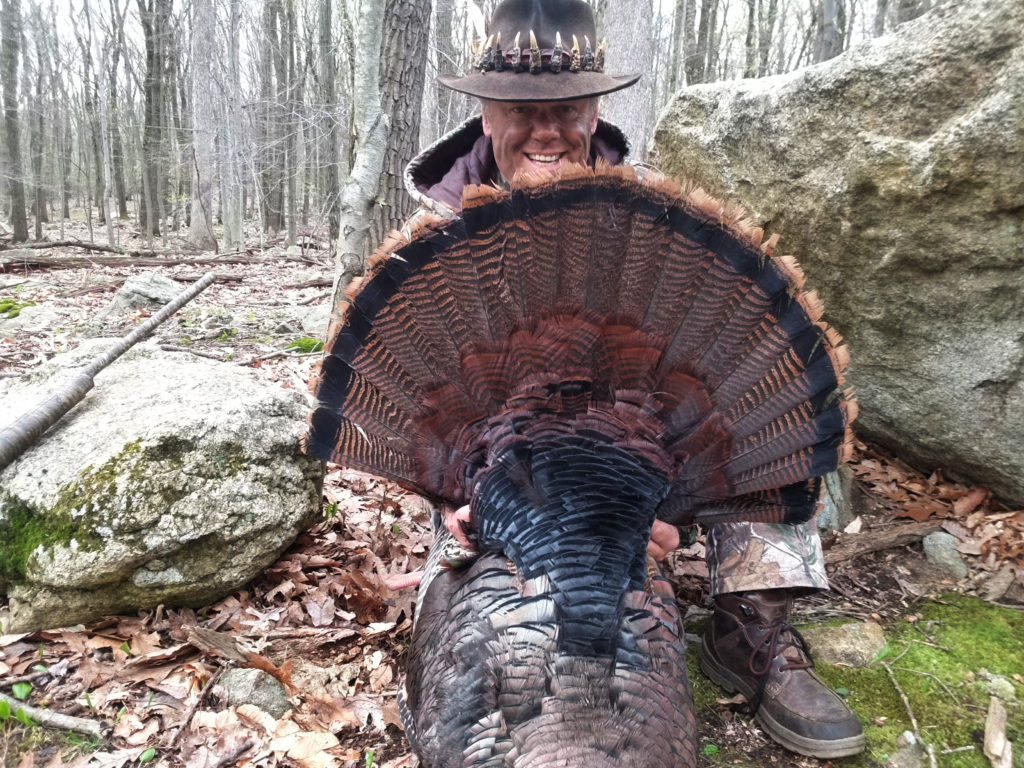 4
5
And my beautiful girlfriend kindly prepared a meal fit for a King that very next evening. I have to tell you all, that was the moistest, tender Turkey that I have ever had in my entire life. I could literally cut it with just a fork! *Figured if any of you wanted to know how Sharon prepared it it, I`d let her tell you right here;
This is Sharon, ” I marinated it in lemon and garlic marinade. I used basting oil from Wegmans(where I work) to coat it. I let it marinate for about 1 1/2 hours then I let it sit out for an hour at room temperature. Next I use foil on a pan and wrap the turkey in the foil, keeping the turkey in the marinade with the foil wrapped around it loosely.(this helps keep the moisture in) – Then I cook the breasts in a convention oven at 360 for 1 hour and 45 minutes. 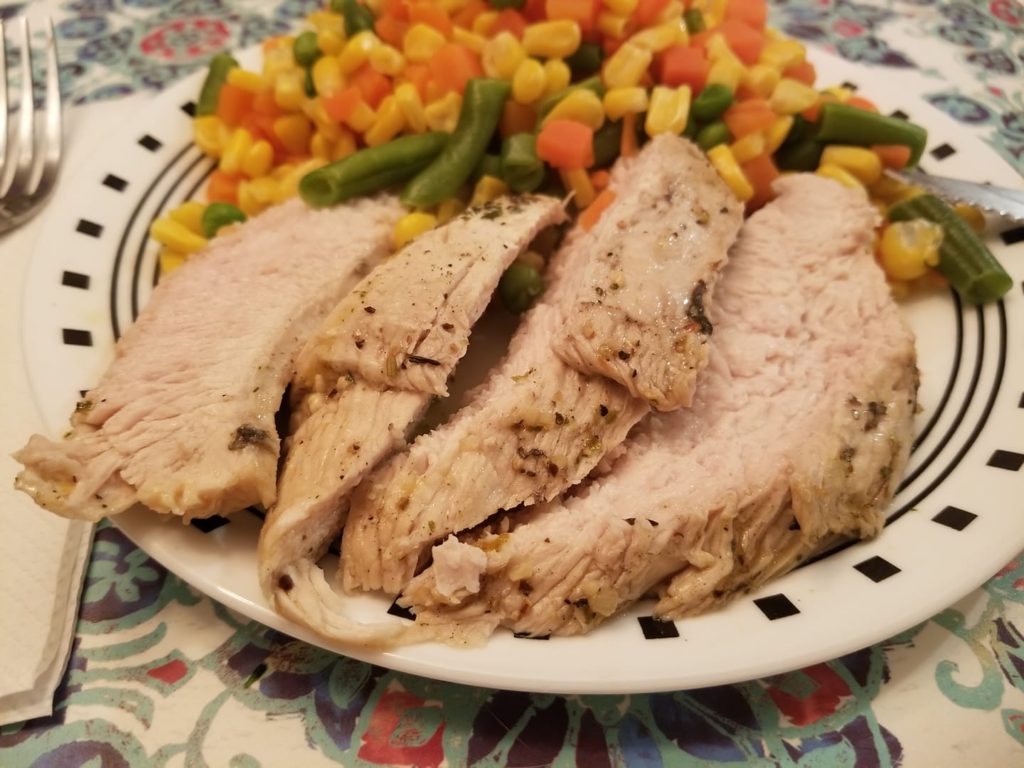 Then things took a turn….and things got a little tough hunting-wise as I only heard two gobbles over a period of two and a half weeks. I tried numerous places that had always had birds in the past…….nothing. 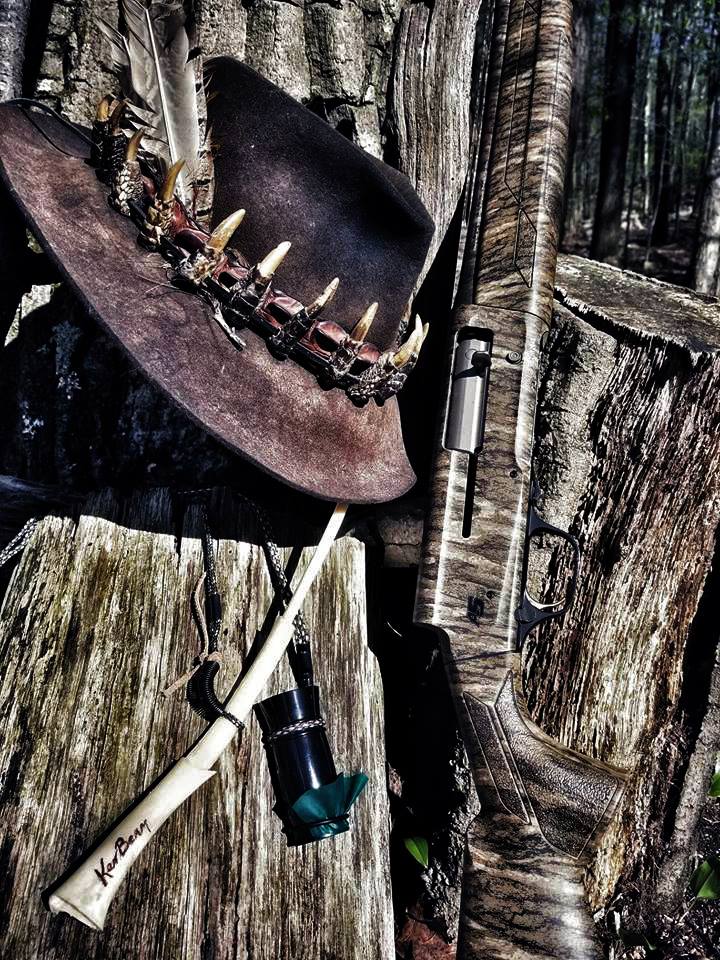 Between the cold, rainy weather and little to no gobbling, things were rather bleak, to say the least  –

3
3
But it`s Turkey hunting……. and your obsession continues to push you to get up morning after morning at 4am in your quest for `ol Tom Gobbler. And regardless of what your weather app is forecasting, you`re still going. You can`t help it. You just have too.
1
In the third week(“C)” I planned on calling for my buddy Jeff, who was just trying his hand at turkey hunting for the first time. That was an exciting morning as I called in a huge Coyote! I got a little too hasty and rolled the `Dawg in the dirt at about twenty-five yards, rather than let him walk in closer whereas we could`ve put two guns on him. We searched for him for a good hour and a half, but the brush was way too thick and green. But I`m quite sure `ol Wile E. Coyote did indeed take a dirt nap that morning. 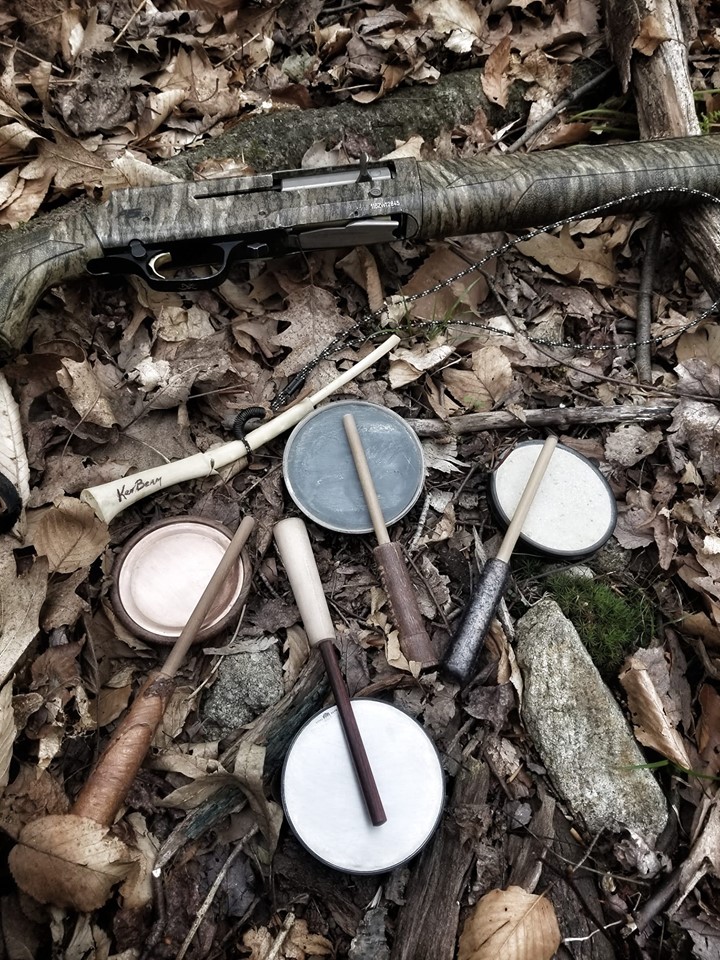 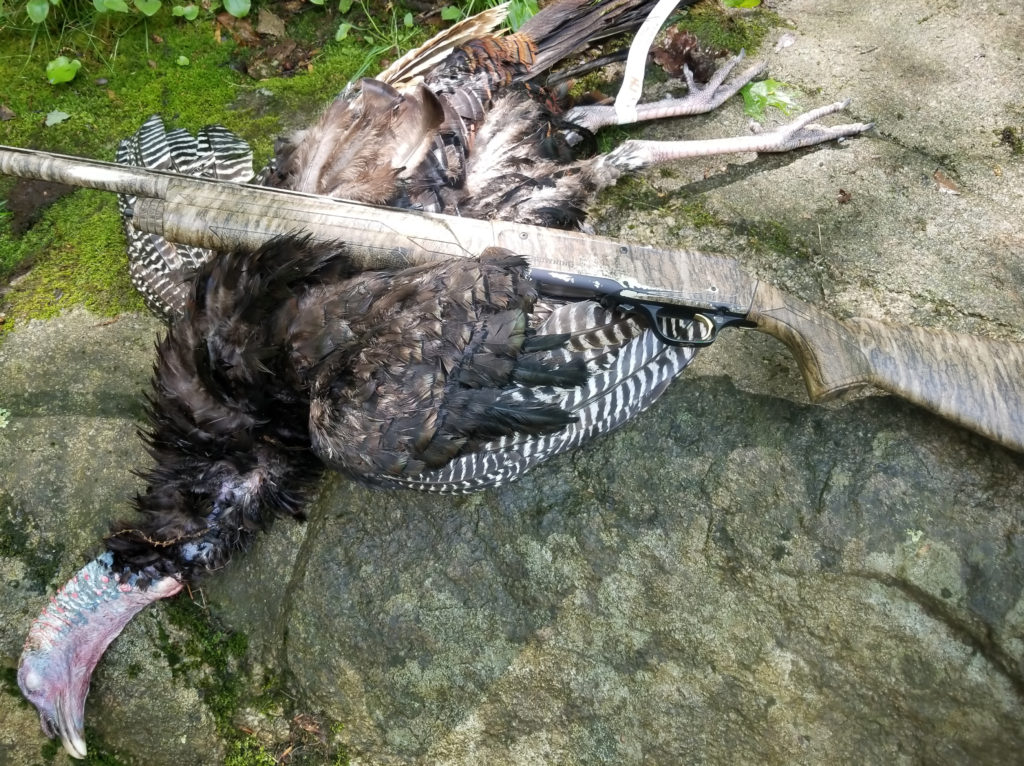 It really seemed like there were fewer and fewer birds as compared to the last several Turkey Seasons. Perhaps it was a combination of the elements…..cold, rainy ……. maybe this disturbed the hen nesting process? Maybe there is an over abundance of Coyotes and other predators? Whatever the reason, definitely heard the least amount of birds in recent years.
Did manage to “croon” in a Gobbler later that week with a few tunes on my Pot-Calls…….
The Last Week……..Thunderstorms and Tom Turkey.
The thunderstorms were absurd that last morning that I hunted in “D” week! At one point, I actually ran out of the blind to sit in the 4Runner, that`s how bad it was. But later in the morning the storms blew out and I worked my 1958 Lynch 102 Box Call and fired up a Gobbler way down the hill. Within an hour, I worked him into my area……. then it was lights out as he met the Browning. 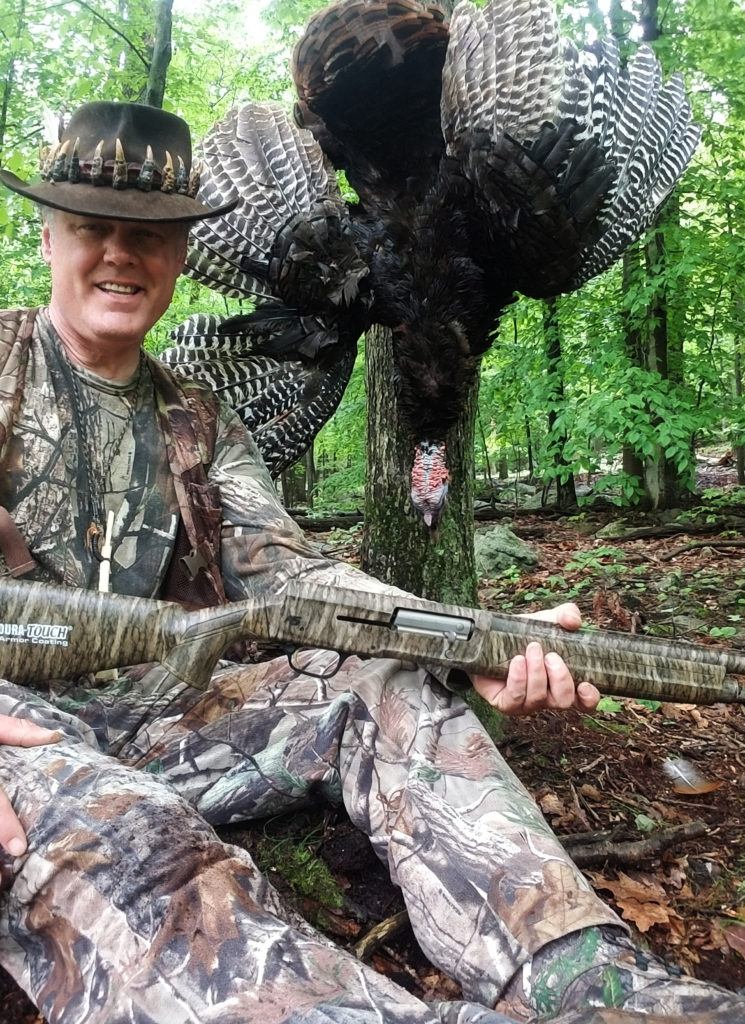 That ended my Turkey Season on a fine note………. Well…….actually Sharon ended it with another fabulous Wild Turkey Supper that night! 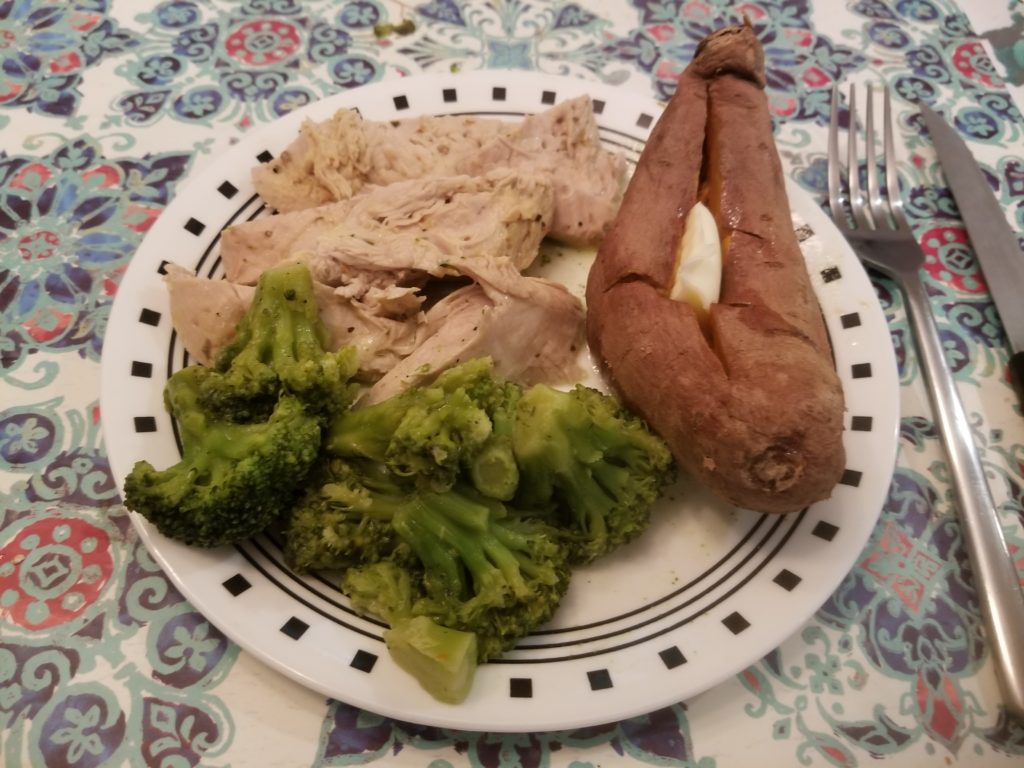 Till next time…..
See all of my Adventures at
AdventuresWithKen.com