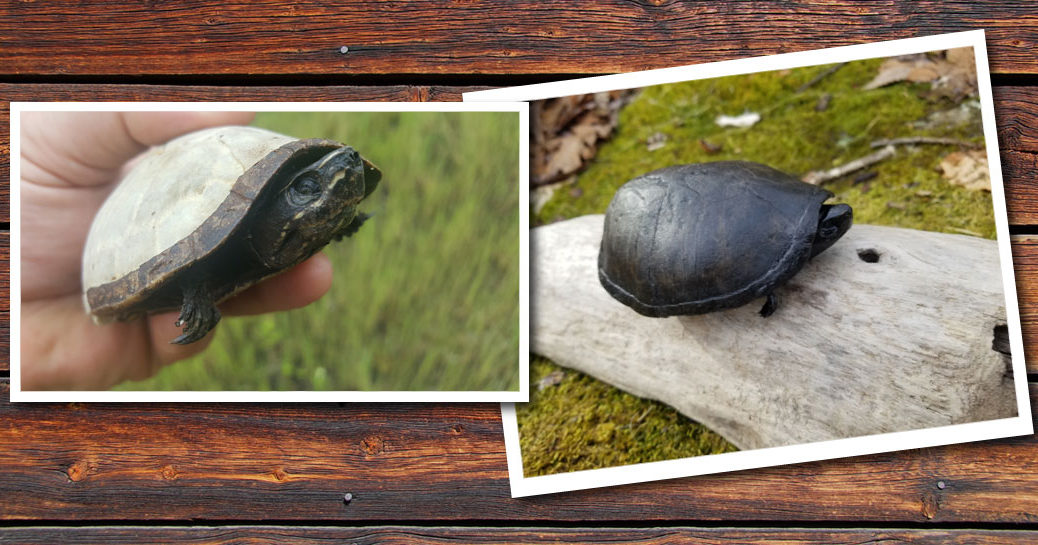 Last August, on one of my adventures down into South Jersey, I stumbled upon this little Musk Turtle that I surmised had apparently became the failed “dining-attempt” of a Cormorant or some other aquatic bird. 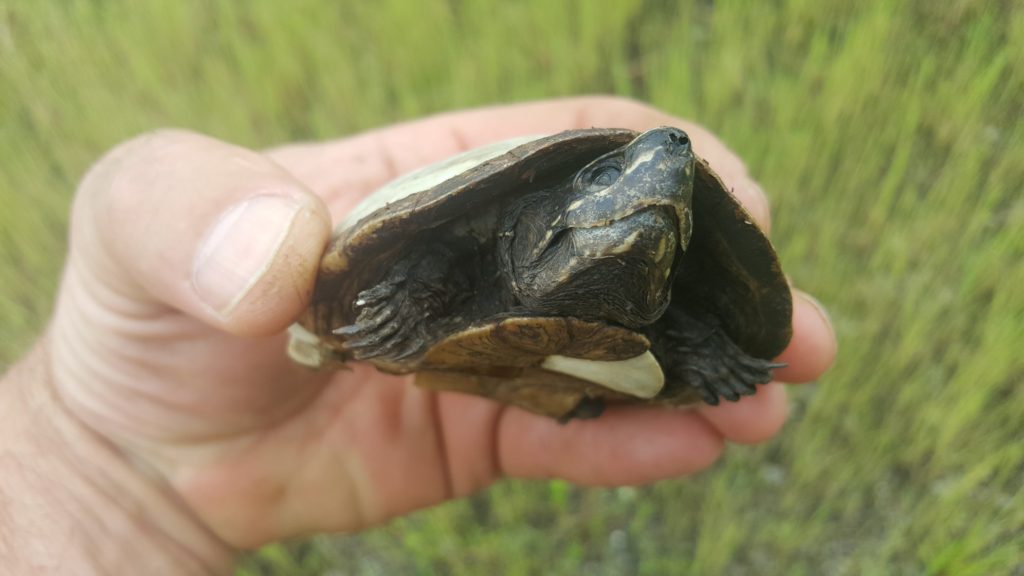 The little turtle is missing his right leg, so more than likely, a bird had this little fella in the air and dropped it. Hence ending up on his back, wedged between stump and rock, this became his final destination in life. 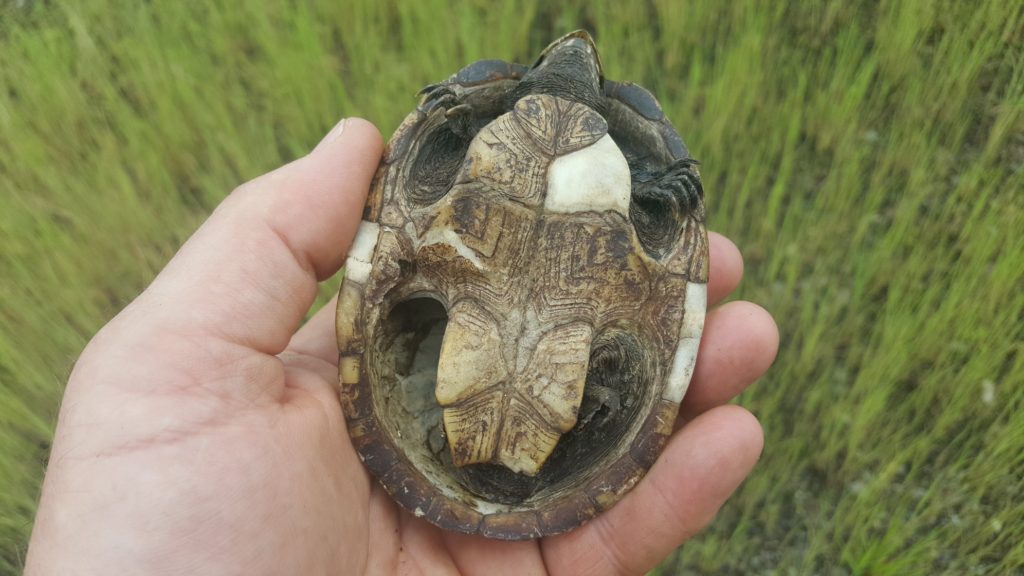 I was rather amazed at how intact this little creature was or as my friend Jason Beck put it, “Mummified” –
So I decided to take the little guy back home with me to Port Murray………as I had an idea. 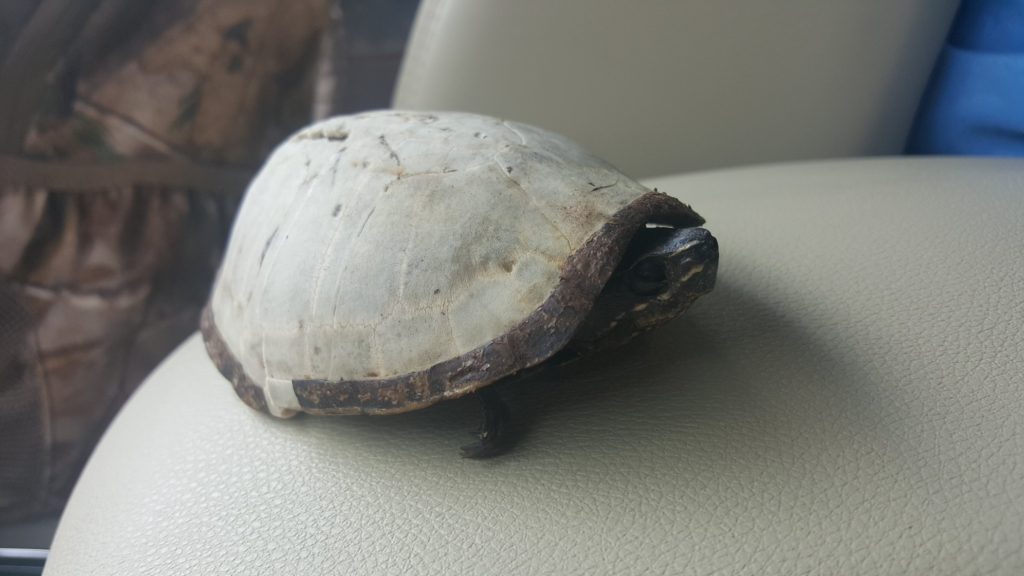 Figured this would be a nice one to add to my list of “Winter Projects” – The little Musk Turtle.
As you can see, he had become sort of “bleached-out” from basking in the sun over time, so the first thing was to attempt to add color back to the shell. But I didn`t just want it to look like it was just painted black and lose all of it`s character. So the I actually gave it a coat of shellac, rather than add color first. Once dried, I carefully stripped the coating of shellac down to almost nothing. Normally you would stain something, then shellac it, but I knew this would give me a nice, sort of translucent effect that I wanted.
Next I took a urethane-oil based Expresso stain and submerged the entire turtle in it for two days. The idea of using an oil-based stain was because it would “hold” or set better as compared to a water-based one. After it`s two-day bath in stain, I sat the turtle on bamboo shoots to partially dry. The trick here was to not let the stain fully dry.
After three hours, I took the stripper again, and very gently worked away the oil stain, exposing the detail of the shell. After I got it to a point where I liked it, I then took an Expresso water-based stain and gently colored in the shell simply using my fingers while wearing rubber gloves.
My idea worked and I restored a very nice hue back to the little Musk Turtle! Then in my travels, I found a nice piece of driftwood while out and about fishing out on Spruce Run one afternoon.
And that became my little Musk Turtle`s new home. 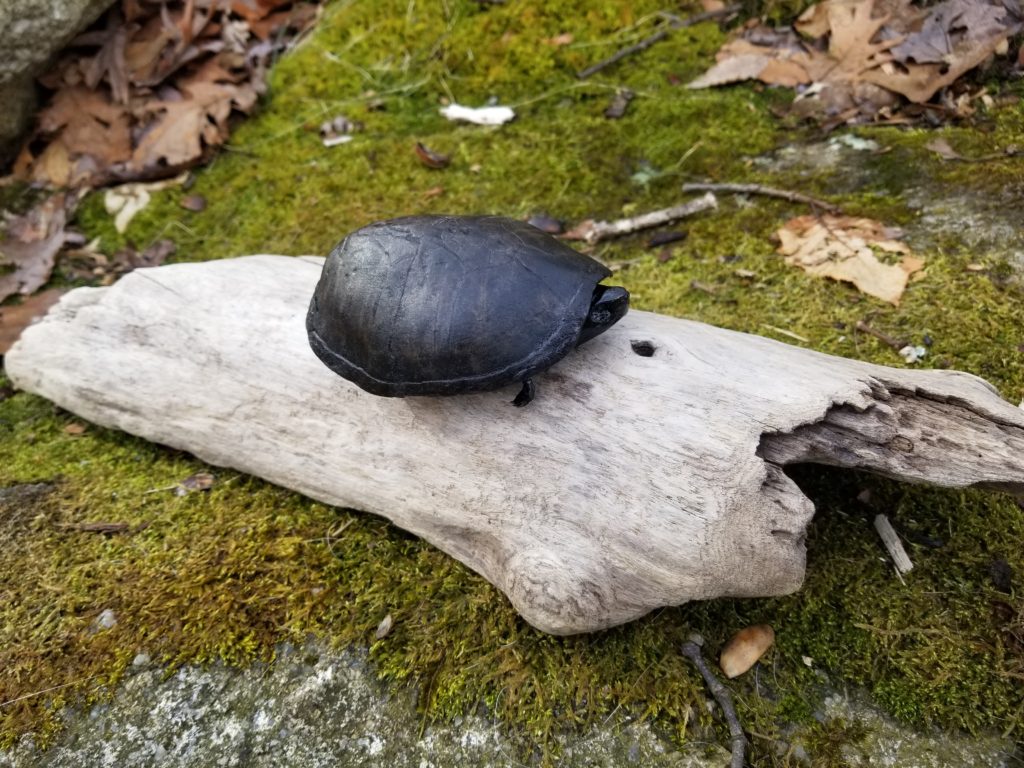 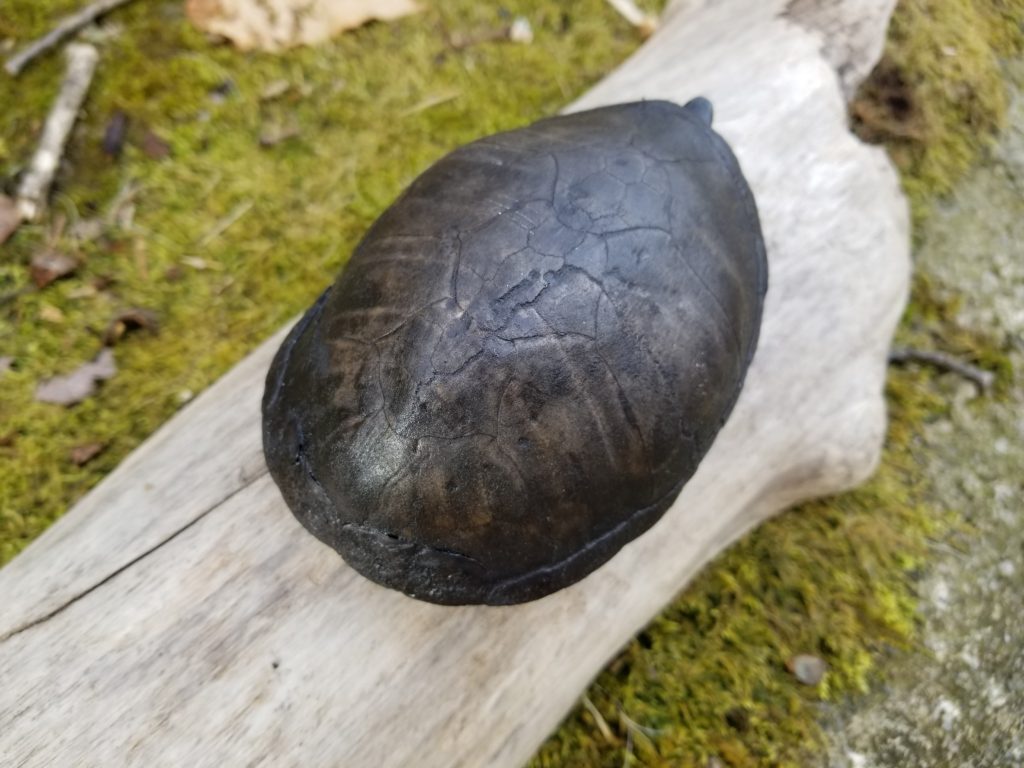 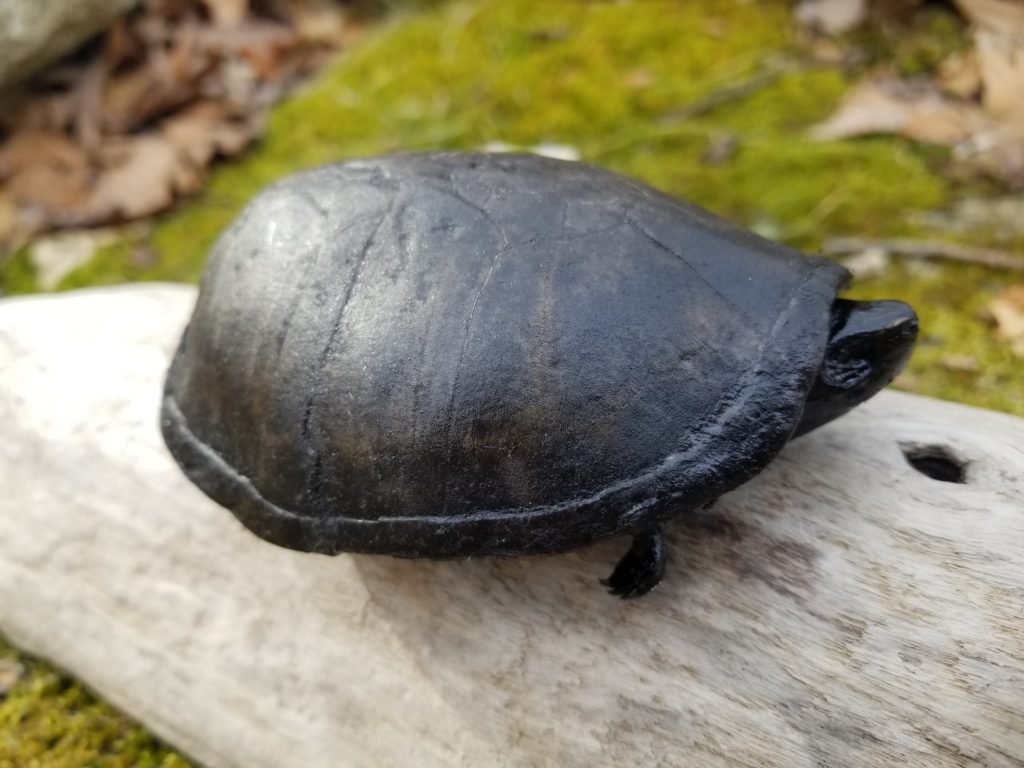 THE END.
See all of my Adventures here