My interest in Bowfins and Snakeheads started about ten years ago after reading a few articles on these  peculiar looking fish with a mouth full of teeth.  Snakeheads are an invasive species,  while the Bowfin on the other hand looks (and breathes similar) to a Snakehead, it is indeed native to New Jersey and has been around quite awhile you might say….As a matter of fact, the Jurassic era Bowfin that swam in the same waters where dinosaurs waded, dates back 250 million years!! 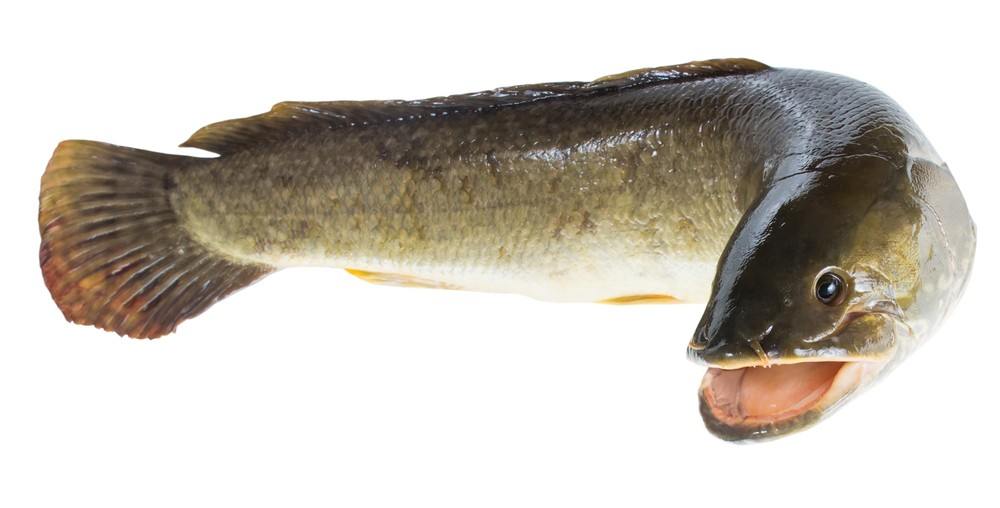 Bowfins are impressive survivors. They are able to breathe both in the water as well as out! They can tolerate highly acidic waters that contain puny amounts of oxygen by breaching the surface to gulp air. With their bi-modal breathing, they are also able to tolerate extended periods of time completely out of the water.

So when my friend John Mendez invited me to chase a few `Fins in a remote area of Northwest Jersey……… How could I say no? Because anyone who knows of me, knows I love having a go at fish with teeth!

This was a first for me, as normally I trek way down into South Jersey territory to get my Bowfin “fix”  –

After hiking in about three miles, we were set to see what lurked in this lily-pad infested water-way. I had never caught a `Fin in North Jersey…..but that was about to change.

I fished for about twenty minutes, casting my stand-by White Zoom Fluke into the clear water. When suddenly out of the thick seaweed, a Bowfin violently appeared and exploded on the Fluke! Fish on as I quickly wrangled him up on shore! “Wow! What a beast!” John exclaimed as I put the fish-grips into the mouth of the Beast.

After a few pictures, I returned the Monster back and watched as the `Fin slowly cruised back out to the pads.

While we only lost two others the rest of the afternoon, for me that elusive North Jersey Bowfin that I landed was indeed a trophy.

For me, when I`m out and about it`s always about the experience… And when I get to land a particular fish that I`m targeting….. well…… That`s just the icing on the cake!