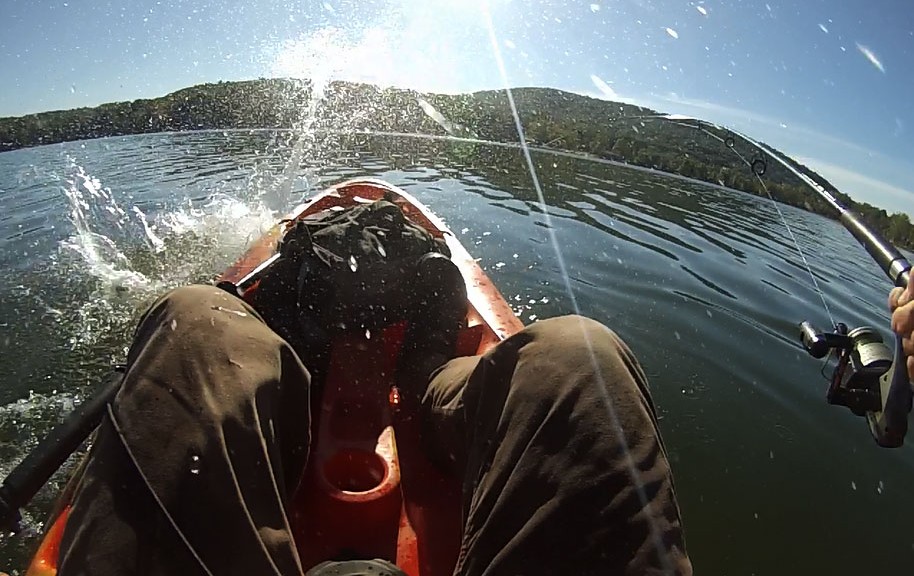 A NJ Musky Kayak fishing adventure was my agenda for this Saturday morning. As I loaded up my kayak and gear on Friday night in my truck, I was pretty psyched because I had just received my new Double Cowgirl Lures the day before and was really anxious to have a go at some Muskies on Saturday at daybreak.
I spooled up a couple reels with 65lb Power PRO, attached a reel to my 9ft medium-heavy action pole and hung a new 100lb fluorocarbon leader on the end of the Power PRO. Now I was all set. I like the 9ft pole as I
can get really good distance casting this in the `Yak. Definitely a “Shoulder-Burner” doing the “Figure 8s” but I like the way it feels.
Got to the lake and was fishing by 6:40am. It was a beautiful, serene Autumn morning. The air was cool and crisp as the steam fog rose eerily from the lake. A very calm, picture-perfect morning to have a go at some Muskies.
I took my phone out of the waterproof case to see what time it was as I only planned to fish till 11am at the latest. It was already 9:30.
I put the phone away and on the very next cast……. BAM! Musky on! And at first I really thought it was a smaller Musky by the way it was fighting/pulling the rod. Boy was I ever wrong! I clicked on the Go PRO and as the Musky dove a little I thought I`d loosen up the drag a little to have a little fun. As I was loosening the drag, the Musky bent the pole in half as he dove under my `Yak and literally exploded out of the water on the other side of me! 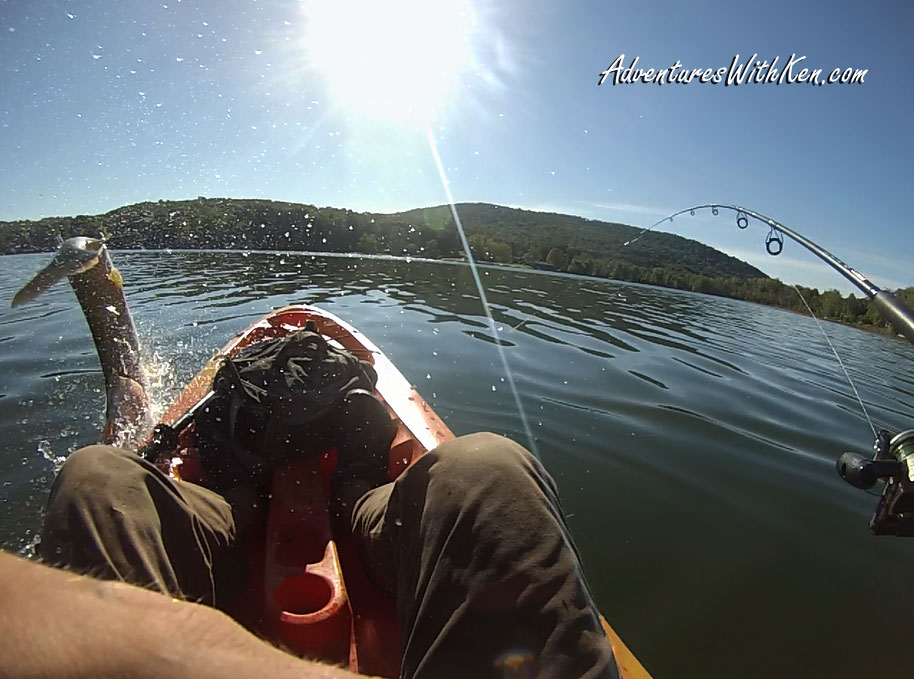 Definitely awesome Musky action as he danced on the water on the opposite side on my `Yak! 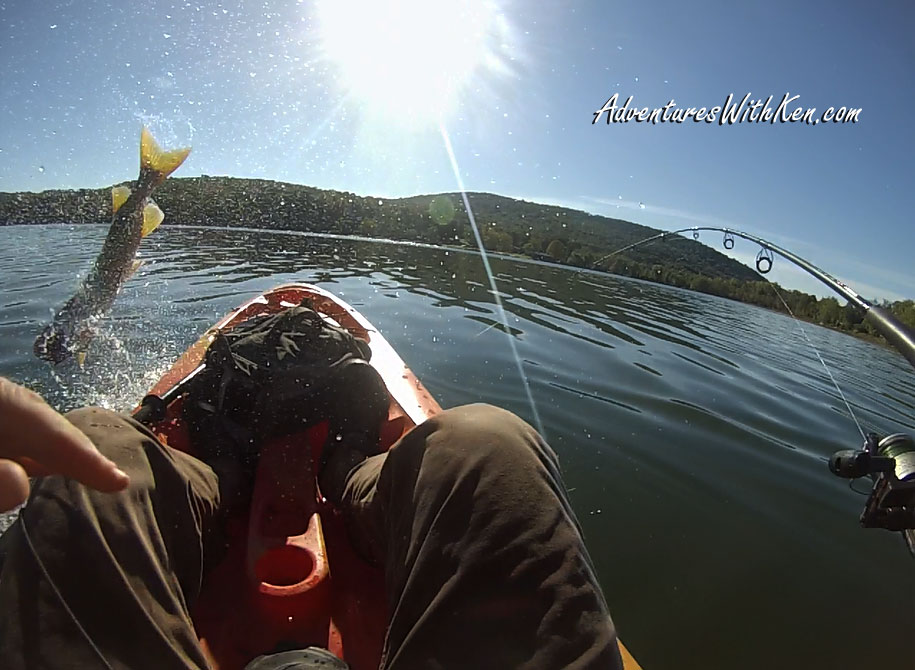 Sometimes the moon and stars just don`t always align and things don`t always go as planned. Without any further ado, here`s the clip I shot from today`s adventure. I think you`ll enjoy this.
Till next time…..