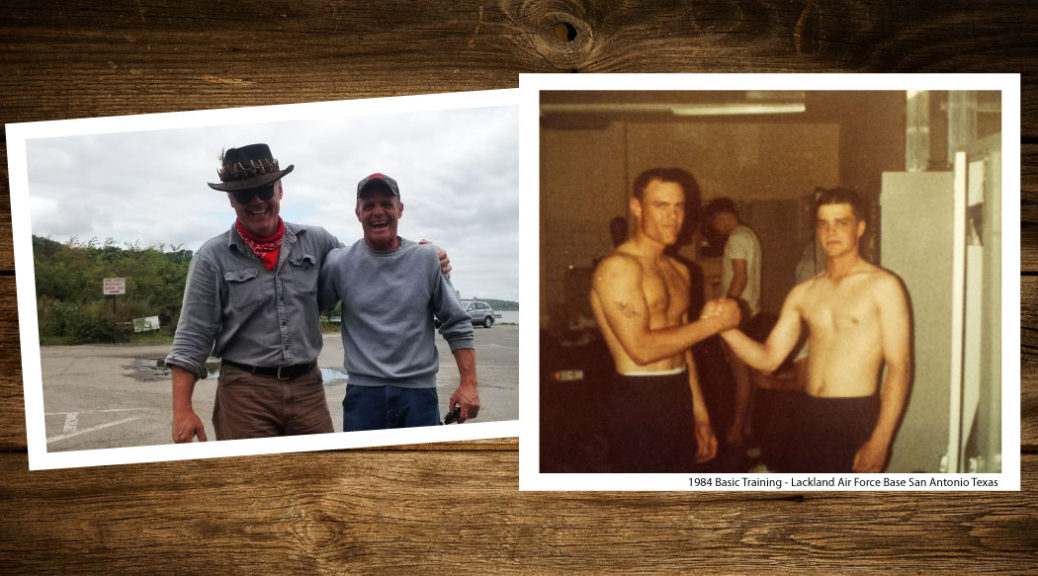 Got a text last weekend from my old Air Force buddy Bob Meyer, wanting to do a little fishing this Sunday. Hell, when it comes to that, you rarely have to ask me twice! haha! So we made plans to take the Yaks up on Budd Lake to have a go at a Northern Pike or two. Bob told me that he had never caught a Pike in Jersey, so that was the goal.

Let me tell you all how and where Bob and I met many moons ago. We actually me at the Newark Mepps Center on our way to Basic Training in the U.S. Air Force back in 1984. Went through Basic together and then after that, we never saw each other again. Now in 2017…..33 years later he found me on Facebook and that`s how we re-connected. Pretty neat huh? 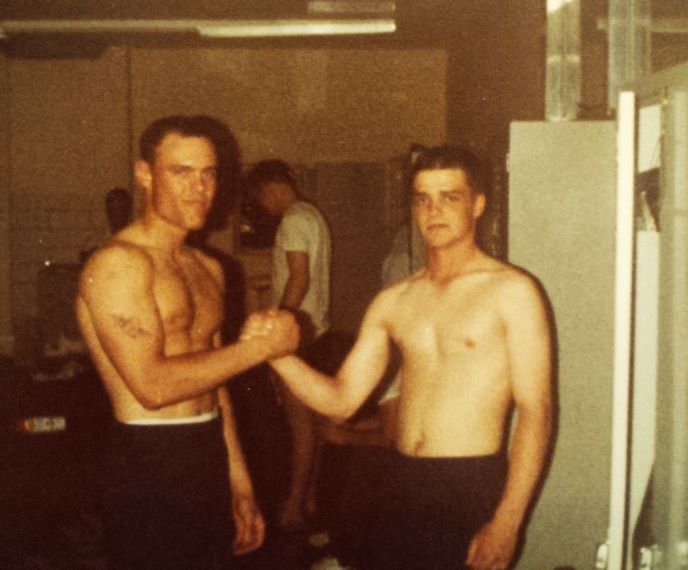 Ok……. back to our fishing adventure.

At daybreak, he showed up at the house ready to go. I had told him not to worry about bringing anything, as I had rod and reels all set up for him to use. So we loaded up the Yaks and away we went to Budd Lake.

I really wanted him to nail his first New Jersey Northern and this was the place to make it happen.

We paddled our way along the shore-line, stopping to work the various areas of lily pads. Bob was using a Swimbait on the one set-up and a Chatterbait on the other. I stuck with a Ned Rig on one and a Weedless-Whacky Rig on the other as I wanted to nail a nice BucketMouth Bass.

After fishing for a couple hours, with zero action, I watched this guy work his way towards me in a row boat. In a matter of minutes, I watched him land two smaller Pike. So I yelled over, “Way to go! Hey what are ya throwin?’  – He replied, “A white jig” – Me; “Ok, thanks very much!” With that I rifled through my tackle bag looking for something white. The only lure that I found was a partially rusted white Chatterbait. – I scraped off as much rust as possible and added a white Keitech as a tail chaser.

I paddled over to Bob and said, “Let`s try that pocket up on the left”

“It`s always a solid spot and I have lost some really nice, big fish there in that cove”

By now the wind had started to kick up, which is typical when you`re up on Budd Lake. I have been out there on some really nasty days with white caps….and nailed Pike after Pike!

I make my second cast with the white Chatterbait……. BAM! Pike on!

And he did put on quite the show I must say! Thrashing into the air twice, peeling the drag! Then eventually I landed the Toothy Critter in my net. “Well we`re on the board bud!” As I unhooked the Esox for a quick picture taking session. 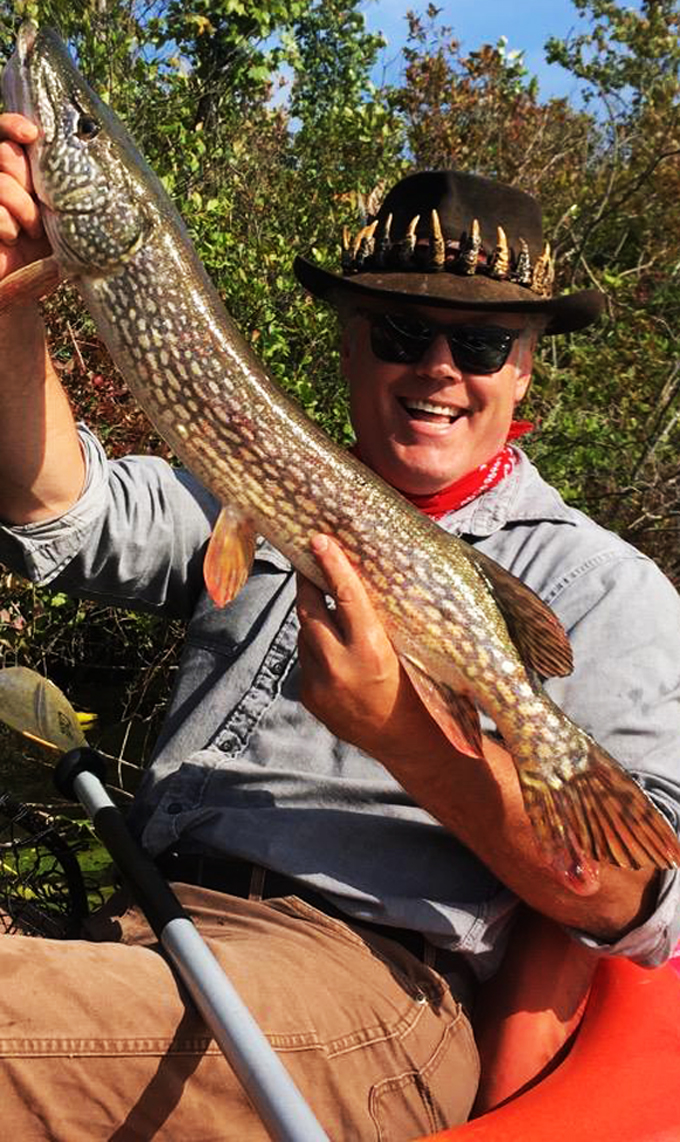 After releasing the Northern, I quickly said to Bob, “Give me your line” and snipped off his lure. “What are you doing?” he asked. “I only have one white Chatterbait and watched that guy nailed two pike using a white jig, so white is the color!” as I tied the white Chatterbait to his line – “And I want you to nail one buddy!”

Then I had an idea…… “Let`s paddle over to Doc`s spot, he always catches a couple there every time and we got to play the odds partner!”

And after being there about thirty minutes, I heard a yell, “Got one!” and quickly paddled over to Bob as he reeled in his first New Jersey Northern Pike!

I said, “Let me spin around to take a few pictures” and just as I held the camera up the Pike slipped out of his his as I snapped the pic!

Hahaha! Look at Bob`s expression as you can see the Pike is about to hit the water! 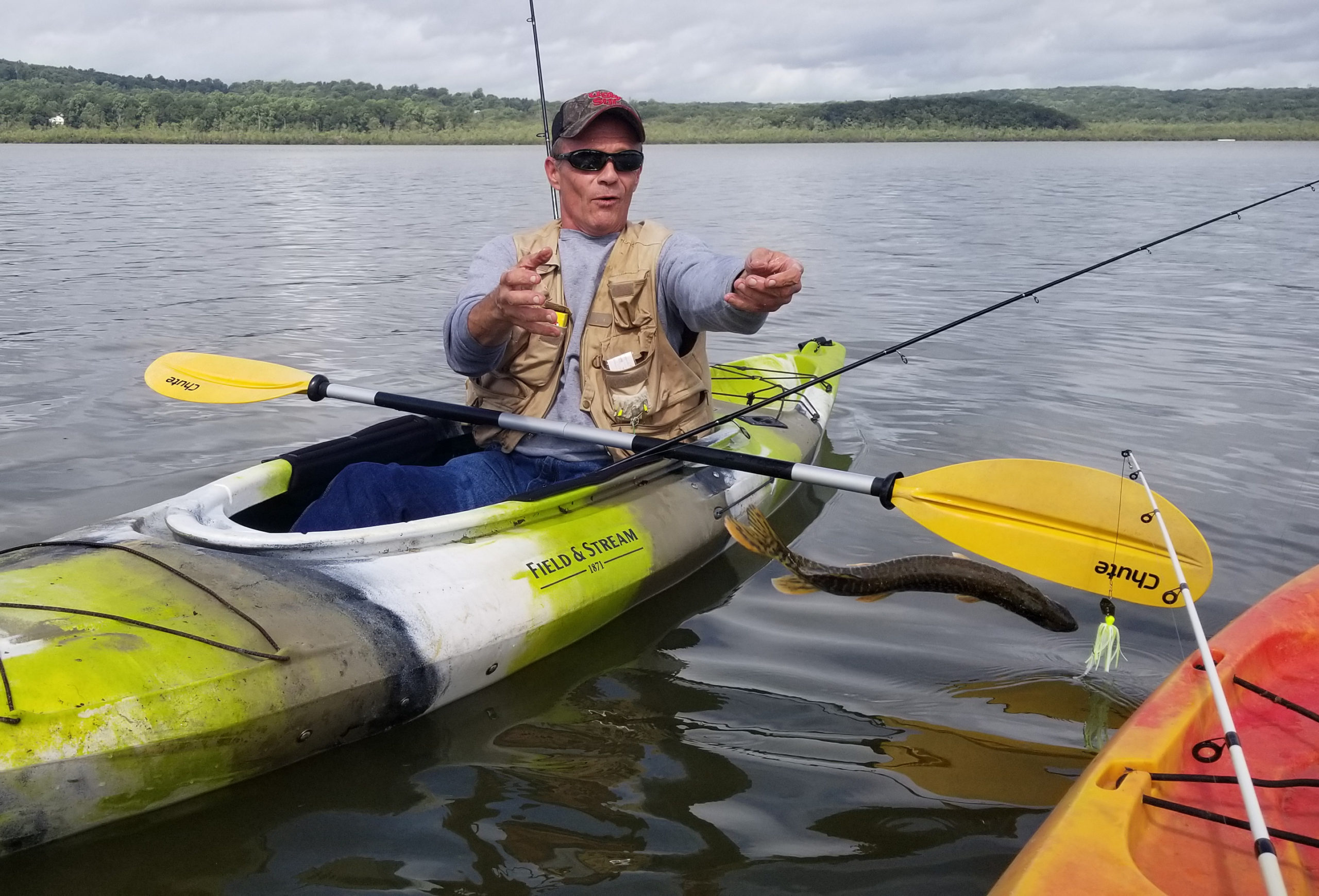 A fun day indeed on the water.

Good Friends are like aged wine…….they get better with time”

See ya next time-