So the other night, Im sitting here having a glass of wine and decided to jump on Facebook for a bit. Immediately in my feed, I saw that my good Friend Jeff Van Nest, literally had just posted an ad on a hunting forum. He was selling this awesome Crossbow! I texted and said, “Hey what the hell am I chopped liver? How come you didnt offer me the XBow?” -He quickly replied, “I totally forgot that you said you wanted it! Hell if you want it, it`s yours Ken” – Me; “Sold!”

Now this is what is interesting about this little story. Last year Jeff called me on a Sunday and said that he was taking a ride to Cabelas to buy a new Crossbow that he had his eye on and wanted to know if I wanted to ride out there with him. Hell if it`s something to do with hunting or fishing, I assure you that you do not have to ask me twice! Haha! So out we went.

On the way out he explained how he had found a slight crack in one of the limbs on his Crossbow and didn`t want to take any chances and that a new one was in order. We get out there and he finds the XBow that he had been eyeing for awhile and sales guy proceeds to tell him all about it. Then Jeff told him how his current Crossbow had developed a crack – The Sales Rep said, “Yea you`re probably right, the warranty definitely expired” So Jeff buys the new Bow and back home we went.

On our way home, I said, “You ought call the company just for the hell of it next week, and see if that Crossbow possibly still under warranty…..can`t hurt” Jeff, “Definitely” –

So he did call a few days later and texted me, “Hey you won`t believe it! There is one more week of warranty left on my Bow! I`m sending it back to them tomorrow”

Well he got it back in a couple weeks and called me, “You will not believe this, I got the Crossbow back thinking they would replace the cracked limb. They rebuilt the entire Bow!! Everything on it is brand new! New limbs, strings/cables, hand guard and even a brand new scope!” “It`s literally brand new again! All under warranty!” So I joked around and said, “You don`t need it now and you should sell it to me!” haha! And that`s how it ended. 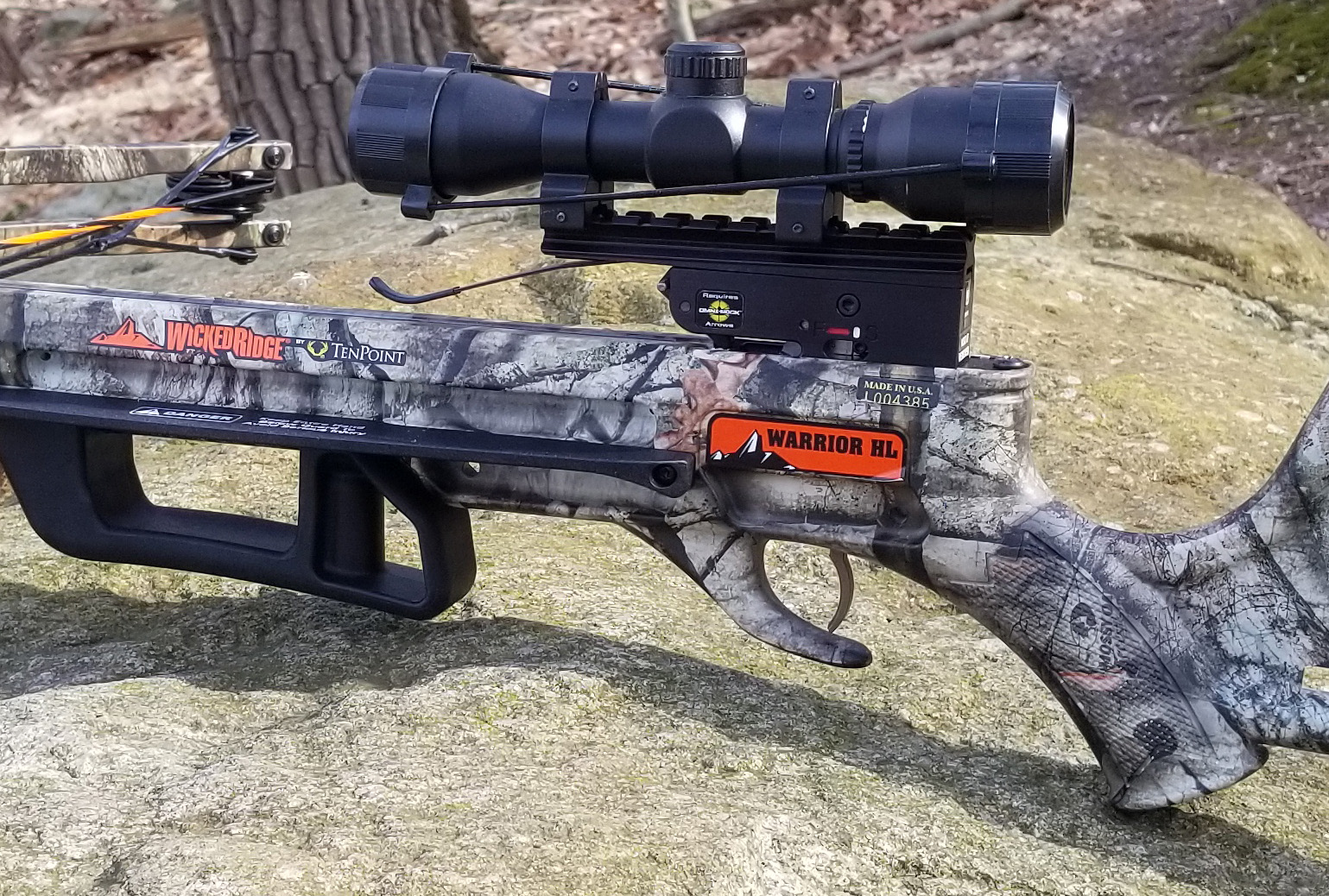 It`s a Wicked Ridge Crossbow made by TenPoint which is a big name in Crossbows.

So this past Sunday, I drove over and picked up the Crossbow. Looking forward to some more hunting adventures with Jeff and my Brand New Used Wicked Ridge Crossbow. Thanks Jeff!