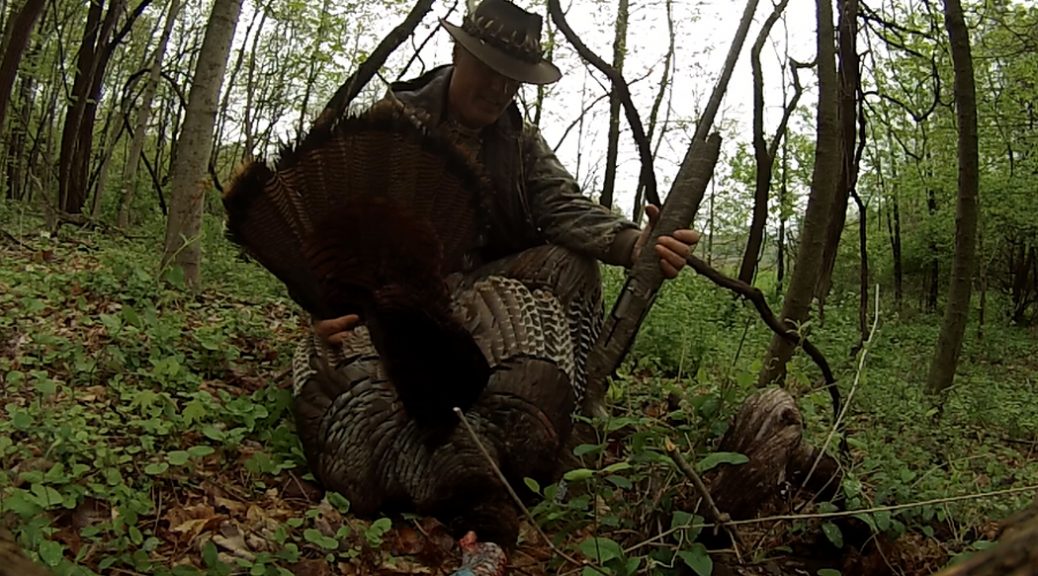 After a full week of rain each day last week, I was really looking forward doing some NJ Turkey Hunting this past Saturday morning. The weather forecast wasn`t the greatest, but better than anything I had heard the last several days. So the alarm was set and my day began at 4:00am.
Now anyone that has ever chased “Thunder-Chickens, knows how the early hours wear on you as the weeks progress. At least my girlfriend always reminds me about my lack of sleep and my crankiness during Turkey season! She keeps me in-check.
So this particular morning, since I had gotten a Gobbler the week before, I decided I would roll the dice a bit and see if I could indeed “Go PRO” a Turkey Hunt. After I shot that Long-Beard the week before, several guys had asked my from various hunting forums, “Do we have a Video Ken?”. “Between calling and setting up the Go PRO, this would be rather challenging”, I thought as I headed out to my truck in the early morning darkness.
I arrived at the State Land where I hunt and made my way out across a few fields at 4:30am, heading towards a wooded lot. I like to try setting up in an area that will give me a fairly decent view within a 30-40 yard radius. Which can be tough when you`re hunting in wild roses. I cleared a spot and sat up against a tree and waited. A roosting turkey that was roughly 300 yards away, broke the cool morning air with a gobble at 5:25am on the nose. Then another much further away also gobbled back.
As it got a little lighter, I really liked the looks of the area I had chosen, even though the turkeys that were gobbling, weren`t really all that close. See I think a good number of hunters like to move in closer to a roosting turkey, and perhaps that works for them. Me on the other hand, I prefer to set up in a spot and see if I can hopefully coax them towards me as the morning progresses. Hey whatever works for you. Right?
However, things got a little “interesting” at around 7am, as another hunter had walked in and started calling within a hundred yards of me. Now this would really bother some hunters, but I really don`t mind it if it happens, because I always figure a different bird may come in from behind him and walk towards me.
He called several times using a mouth call and the turkeys never gobbled back. Then I lightly yelped and they responded to my calling by gobbling eagerly back. The birds were going back and forth way up on this hill that had to be a good 3-400 yards away. And they gobbled back and forth till around 8:30am…… Then the gobbling stopped completely and I didn`t hear the other hunter calling anymore either.
“I`ll bet he`s trying to get closer and moving in on those birds….let`s just sit tight and see how this plays out”, I thought to myself. As I worked a few clucks on my call, a gobble! And another! Two different birds were answering me and they appeared to be running together looking for a sexy hen(me!) – Now they were within 200 yards and definitely coming towards my direction. 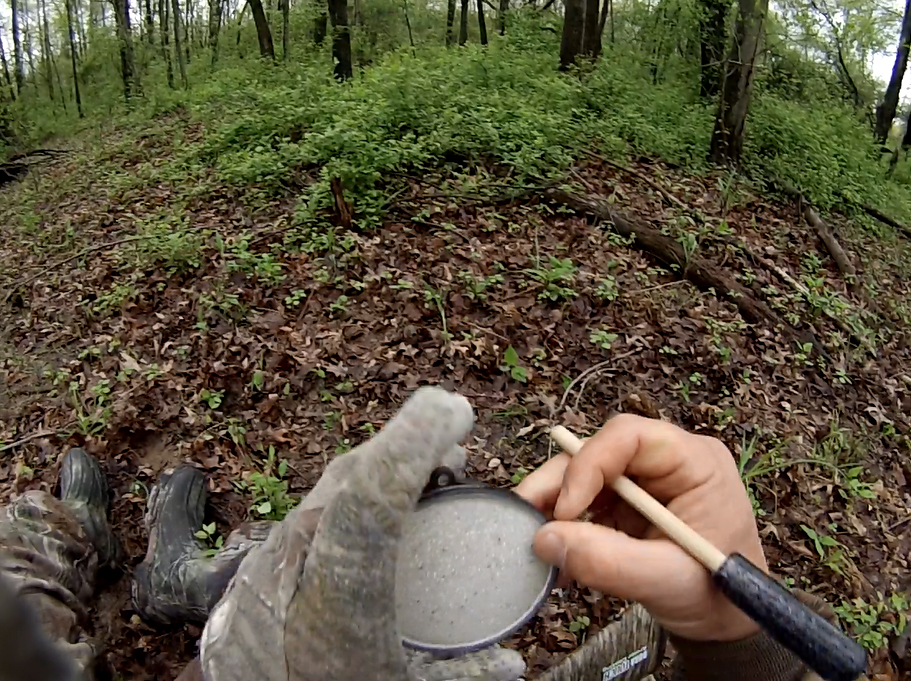 I purred lightly as I knew I had the pair of Long-Beard`s attention. Sending them into a Gobbling frenzy!
As the birds circled a bit around to my right searching for that “hen”, I clucked lightly turning them directly towards me. They were now gobbling their brains out less than 100 yards out and coming in fast!
At about 50 yards the gobbling intensified even louder! I slowly put down the call……….. and raised my Browning A5…… 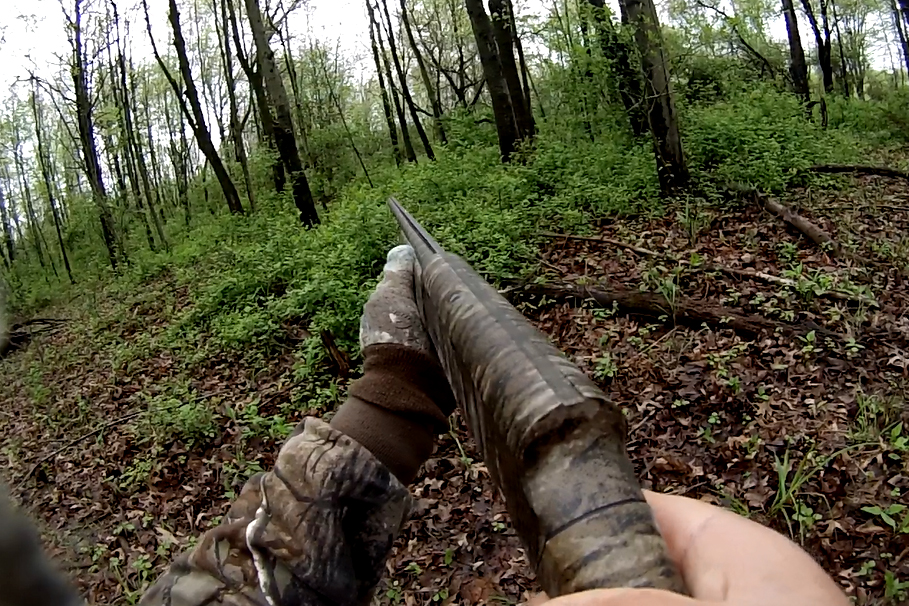 Now…… without any further ado, here is my first Go PRO Turkey Hunting Video for you all to enjoy. If you think this was easy to do, put the call down, put the Go PRO on my head before the turkeys got to me, then pick up the gun,……think again gang! This one was tough to do! So turn up those speakers, as I think you`re really going to like this.
Please subscribe to my site and my YouTube Channel. Thanks for watching.
Till next time….