Had a nice invite from one of the RodFather members a few weeks back, to have a go at some Snakeheads on foot way down in the swamps of South Jersey. And I`m certainly not one to pass up a chance when it comes to fishing for one of my all-time favorite Toothy Critters!
So I took a day off work, saddled up at 5am and made my way down 295 to meet up with Carmen at his parent`s house. As I pulled up in front of the house, both he and his Dad were on the porch and all smiles as I jumped out of the Murano and said, “Mornin`…….. You ready to see if we can get ya that Snake?” —- And his Dad said, “Yea and if he gets one, then he can show me how to as well!” as we all had a good laugh.
Carmen said, “Just throw your gear in my car, I`ll drive” as the first spot was literally about five minutes away.
As we approached the wall, he said he had several misses at this spot the last few days. 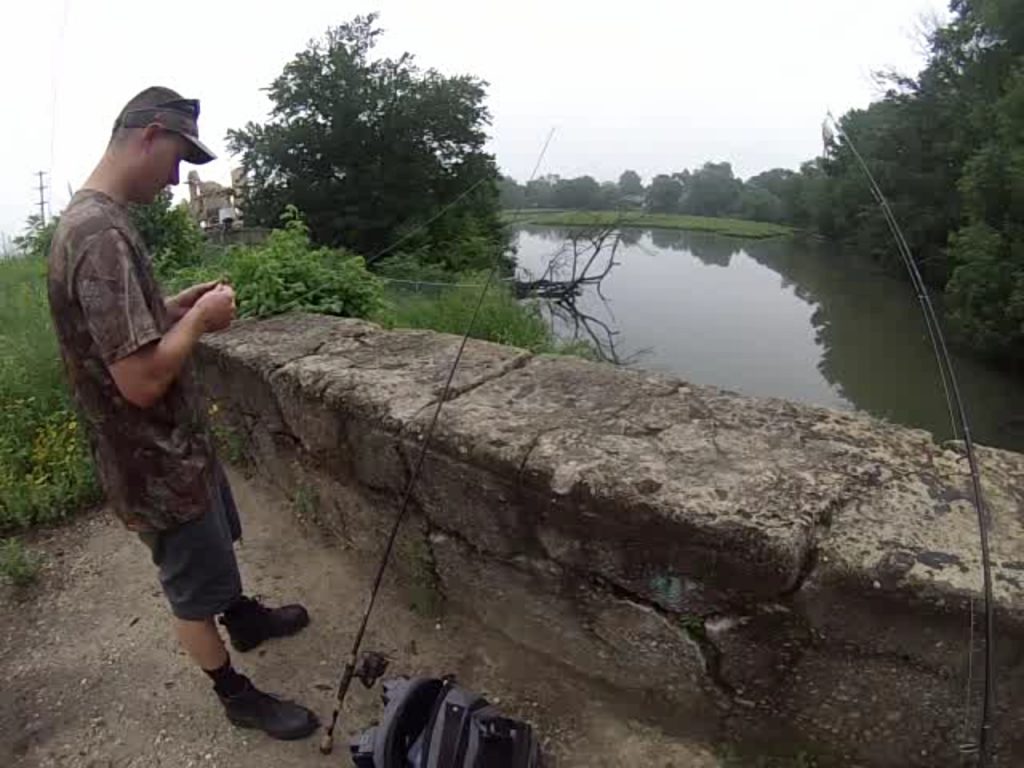 He said he had always fished it from along the water`s edge below the wall, so we hiked down the path.

We worked this spot for about twenty minutes then hiked to the other side. He said he wasn`t sure if Snakeads were as readily on this side as the water was fast moving. But I had a hunch and went back to the other side where we started. But this time, rather than go down to the edge of the water, I cast my frog from the top of the wall. Figuring this might be a better way to approach the skittish Snakehead.
BAM! My hunch was right! Snakehead On! 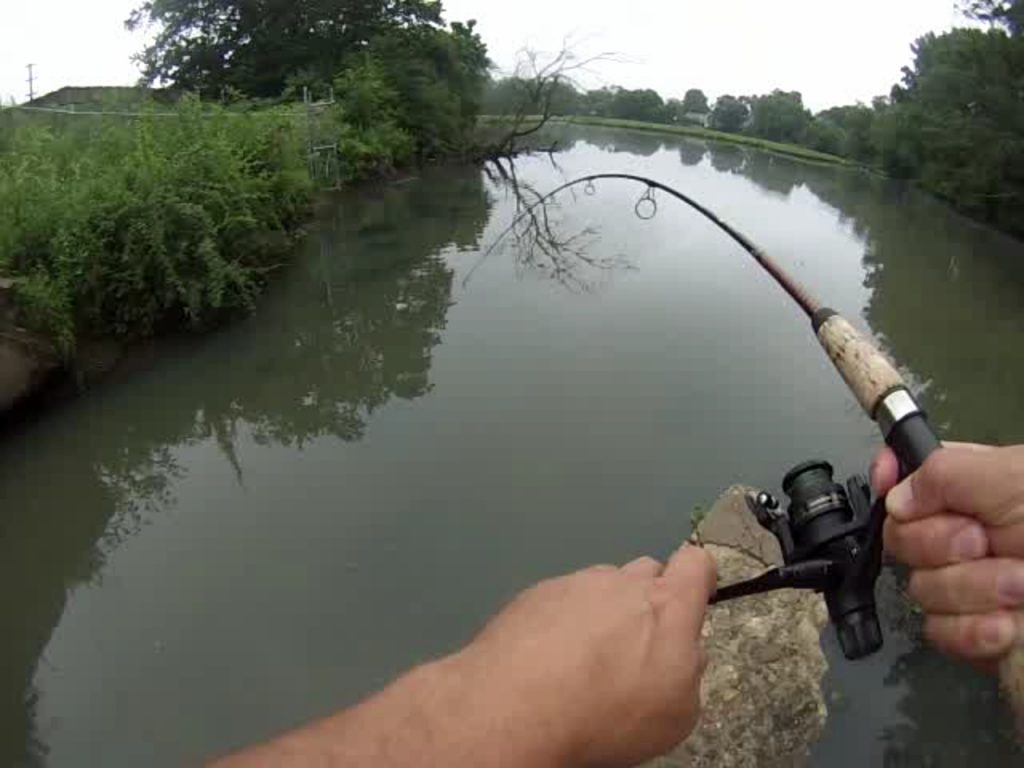 I quickly hustled my way off the wall and down the bank, reeling as I walked my way down the embankment. 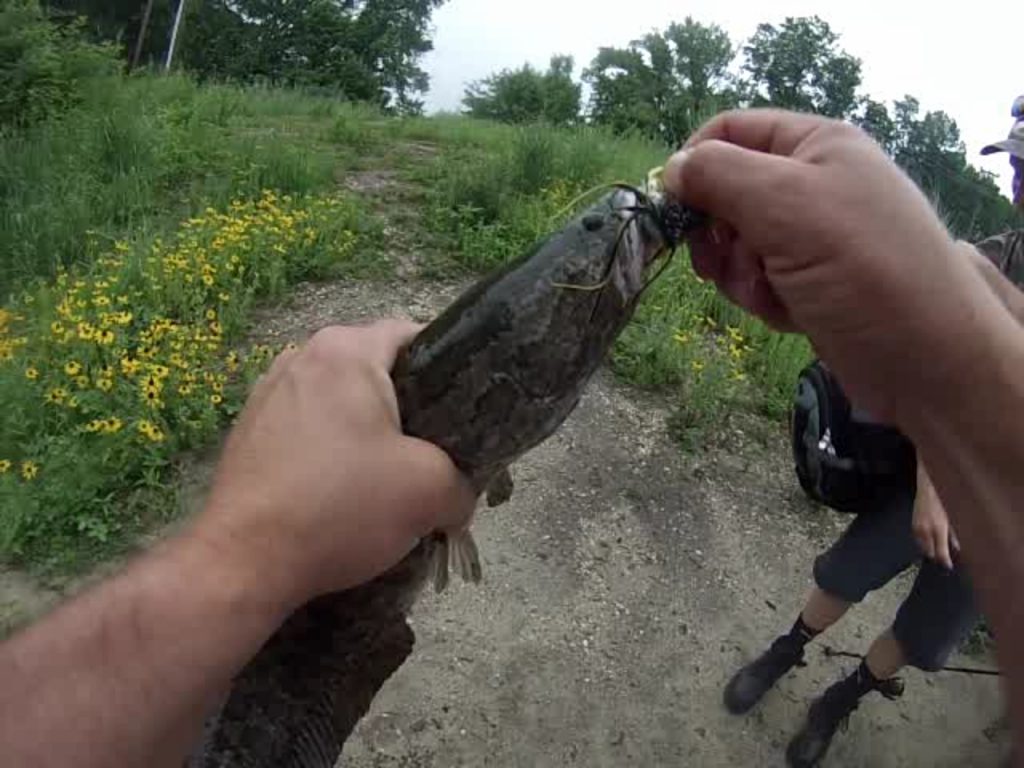 Nice way to start the day! First Snakehead of the day in the first forty minutes! Carmen was surprised that we were on the board so quickly. “Ahhhhhhh……beginner`s luck” I told him as we both laughed.
After going to several other spots that morning, we decided to move a little further south as he said he had seen a couple rather large Snakes recently in these pools. This time I decided to try throwing a Zoom Fluke rather than everybody`s “Go-To” top-water Frog. Lately I had been having a decent amount of success with this particular Fluke, with the Largemouth and Northern Pike up my way. 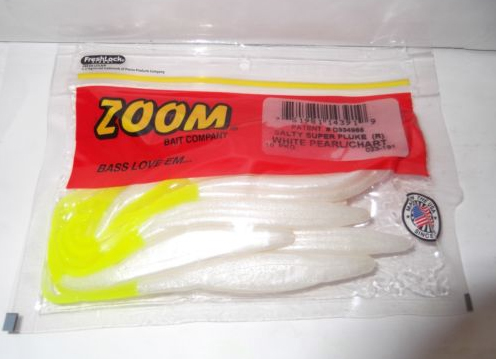 The fourth cast with the Zoom Fluke…….. BAM! Fish on! Carmen saw the splashing and came running! I said, “I think it`s a huge Bowfin”…….. as he thrashed on top of the water. The mighty fish peeled line as my drag began to scream! What a fight! Carmen jumped down to the edge of the water trying to grab the beast with the Boga-Grip! Missing several times, the huge fish ran back out to deeper water! “He won`t open his mouth Ken!” as he tried again the lip-lock the monster with the grips! Then abruptly Carmen jumped in and grabbed the beast with both hands and threw the mighty serpent-like fish up on shore! We finally had the Swamp Monster Snakehead on shore! And what a fish! 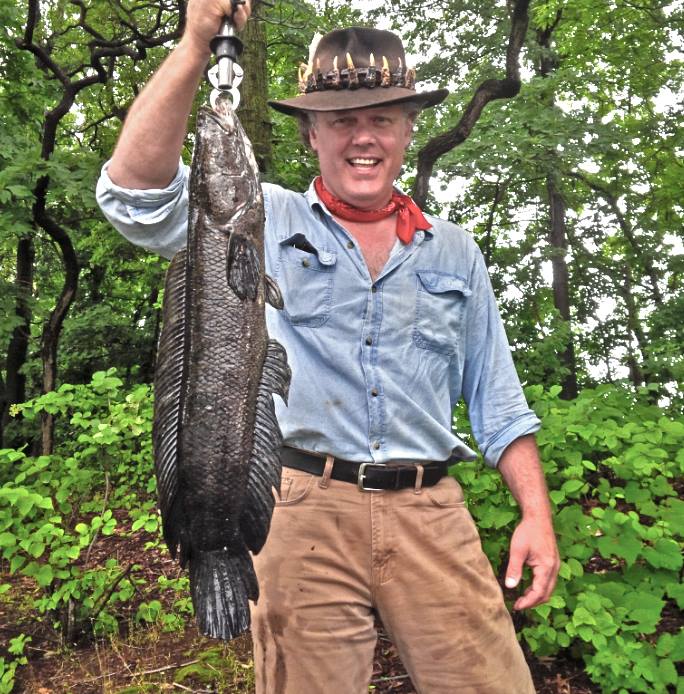 The dark demon fish weighed in at 7lbs. 2oz. and was 29 inches long. A trophy indeed!
Now after all this excitement, I wanted to focus on getting Carmen his first Snake….. so we rounded up our gear, threw the beast in the cooler and ventured onward into some new territory. After about an hour, it happened!
BAM! Snake on for Carmen! And he finally landed his first Snakehead! 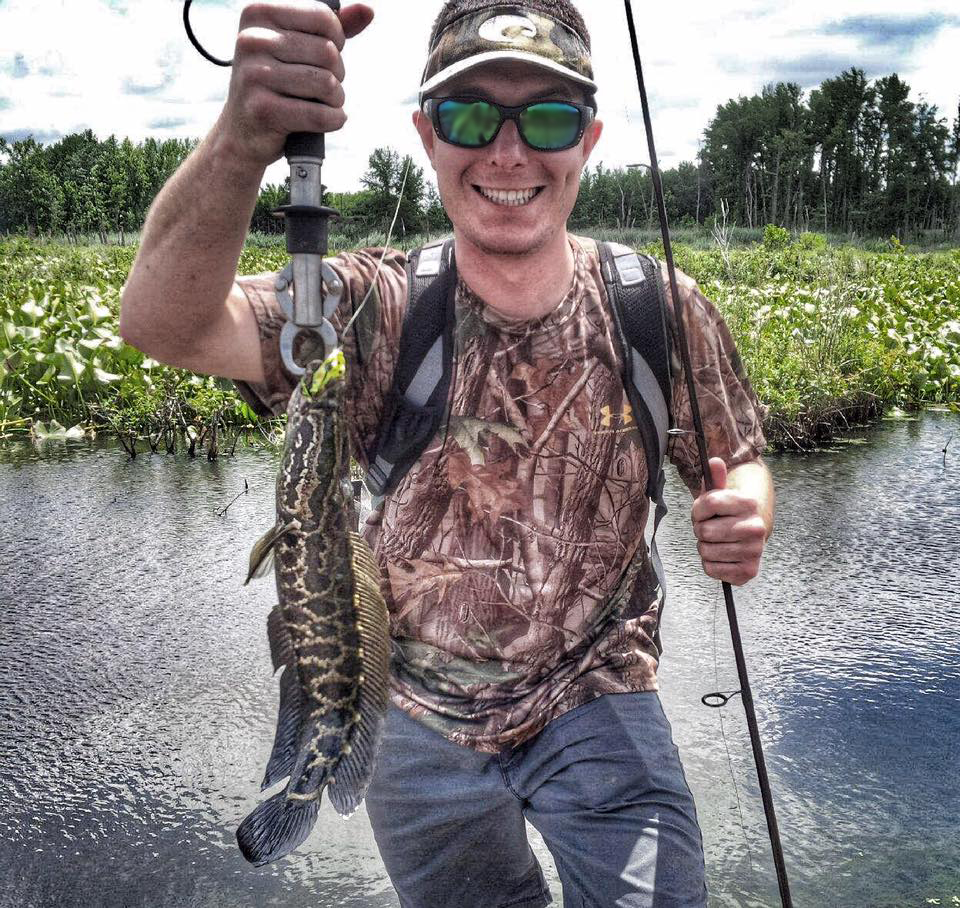 We worked the area for a couple more hours, with a decent amount of “blow-ups” – Then I nailed a nice Bowfin on a “Bubble-Gum” Zoom Fluke. 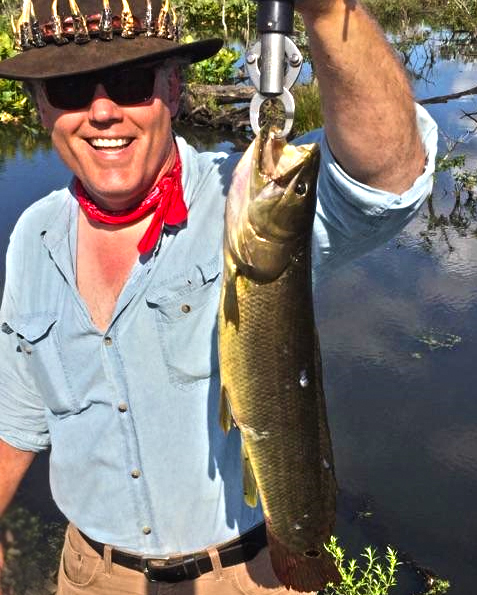 And without any further ado, here`s the Go PRO Video I shot of the day`s adventure down in South Jersey;
So Carmen caught his first Snakehead and I landed my Swamp Monster…… a great day indeed.
Nothing quite like fishing with someone new……who truly enjoys the sport with the same passion. Carmen was an excellent host……. and I`ll be back…….with the `Yaks!
Till next time…..
See All Of My Adventures Here