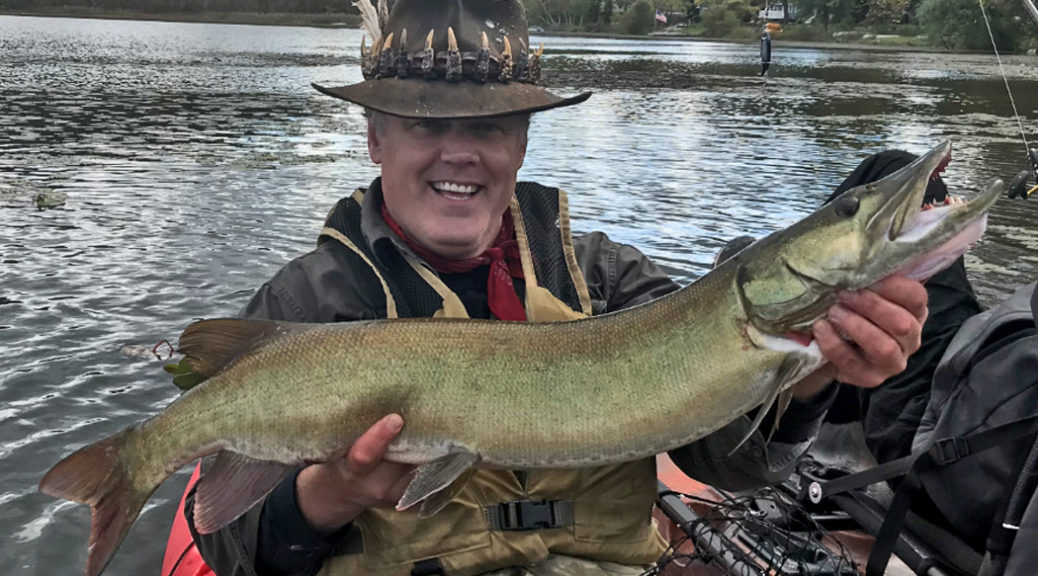 Ahhhhhh Autumn is here. The leaves are turning color, the nights are getting cooler and the Muskies are fired up! Nothing quite as enjoyable as taking the `Yak out on a nice, crisp, cloudy Fall day and having a go at the “fish of 10,000 casts.
And that was exactly my plan today.
The forecast called for a rather hot and balmy day this past Thursday, but the weather was suppose to drastically take a nose-dive on Friday night….. and it certainly did. Usually I generally shy away from wetting a line for a few days right after a cold-front moves in, but this time of year, I take advantage of any window of opportunity when I can to fish. Simply because it`s the middle of October and there are only a matter of several weeks before it`s time to pack the `Yak away for the year.
So I loaded up my gear and headed out to Mountain Lake around 1pm eager to try my new “Believer” lure that my friend Pat Gallagher introduced me to the previous week. 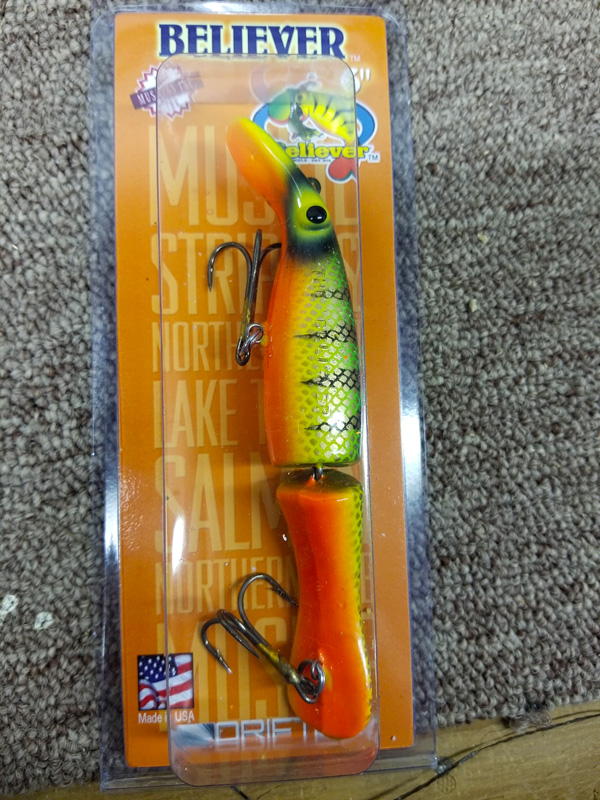 As I drove around the lake, I noticed a familiar white SUV in the area I normally parked. As I pulled in the lot, I recognized my good friend Andrew Hunter Yutko with a few other guys loading up their kayaks. Two of the three I knew from Instagram as I follow their excursions. I asked, “So everyone`s leaving?” – Andrew said, “Yea we`ve been here since 6am, had a couple “follows” and these guys caught one”….We`re going to head over to Oxford” – I replied, “Ohhhh……ok. Hey!….that was a Muskie that just breached out there…did you see that?” – Andrew looks at his buddy and says, “Ahhhhhhh let`s stay here maybe Ken will be good luck!” – Then he introduced me to his friend Javier and we all started setting up to launch.

As I pushed off in the water, I took notice of the way the wind was blowing. My strategy is usually to paddle up-wind and drift back along spots that I want to target. Whereas Andrew has pedals in his kayaks so he can maneuver more readily in windy conditions.
I began working the outer edge of a weed-bed that had a drop-off with my Believer Lure. Andrew and Javier were about two hundred yards away working another edge of weeds. I retrieved the jointed lure slowly, working the drop-off, then finishing up with my version of a “figure 8” in a kayak. Making a clean “figure 8” is kind of tough especially when you can only sit in the `Yak. So my pattern was a combination between a “figure 8” and a sort of “U-sweep” which I did on almost every retrieve.
And I don`t think I was fishing even quite an hour…….then it happened.
As I retrieved my lure and started my “8” literally a foot from the `Yak, this magnificent Esox followed my lure! And as I made the “8” sweeping pattern BAM!!! Muskie on! The muskie struck so close the `Yak that I never even had to turn the handle on the reel! Quickly I grabbed the net and swooped up the beast of a fish! As I wrestled with the mighty Esox, I yelled to the guys, “I could use a little help please!” with that, they quickly jolted over to me. They quickly pinned me in with their kayaks for stability as I unhooked the beautiful Muskie. Up to that point, I had never ever caught a Muskie on the “Figure 8” and it was absolutely thrilling!
Andrew took a bunch of pictures and measured the Muskie, then I quickly released the 39.5 inch monster back into the murky depths.
While we fished for several hours thereafter, no more Muskies made it in the `Yaks. And that`s pretty much the norm when you`re after the “fish of 10,000 casts. But I have to admit, while I almost always fish by myself, but it sure was nice to have couple of extra hands out there today. And If it wasn`t for fishing, I would never have had the pleasure of calling Andrew and Javier…….just that. Good Friends. 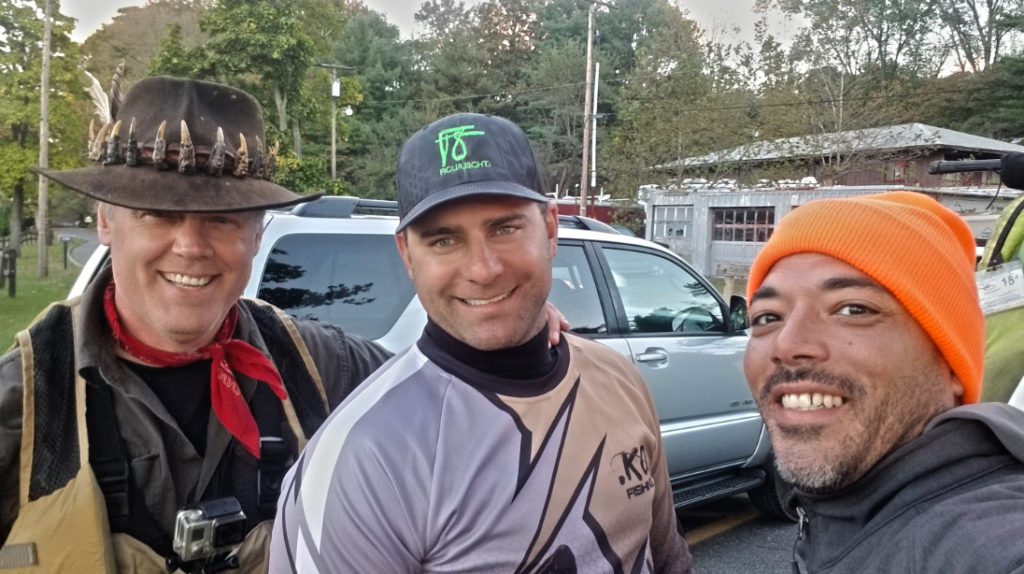 `Till next time…..
See all of my Adventures
Here